Suntory raises 2030 water commitments: ‘Unless we take action today, our not-so-distant future will be threatened’

Home /Entertainment/Suntory raises 2030 water commitments: ‘Unless we take action today, our not-so-distant future will be threatened’ 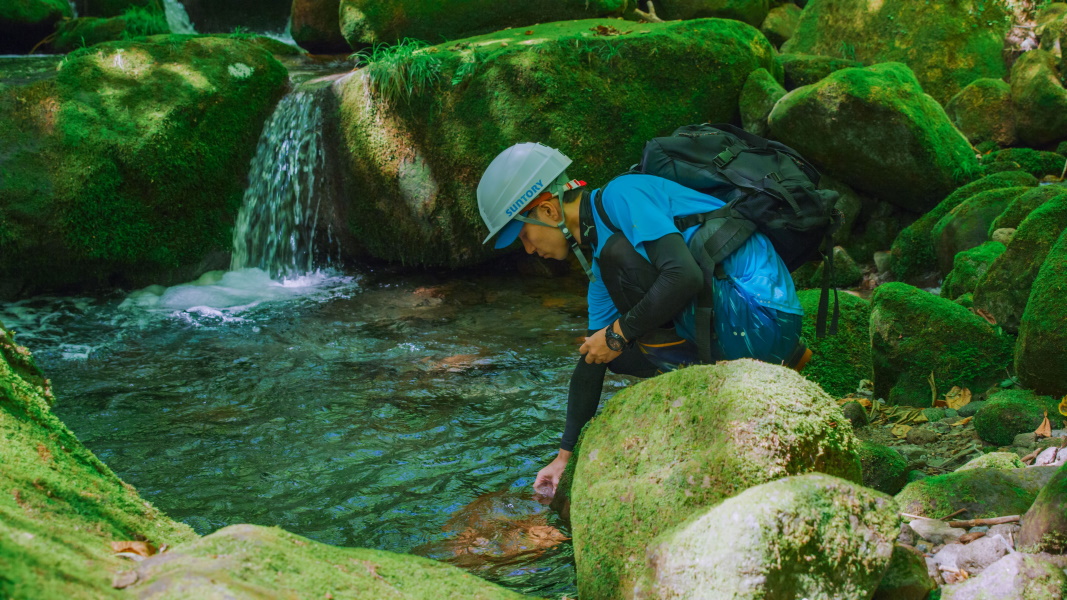 The Tokyo-headquartered group, which owns brands ranging from Ribena and Lucozade to Jim Beam, is accelerating the water targets set out in its ‘Mizu to Ikiru’ promise, which translates to ‘living with water’. The company has established its own Sustainable Water Philosophy to address relevant water issues in each region of operation and concrete water targets for 2030 and vision toward 2050.

This is built around four pillars: Understanding the natural water cycle, promoting ‘environmentally conscious’ water use at its facilities, conserving watersheds where the company sources water and engaging with local communities on this shared resource.

According to Tak Niinami, CEO of Suntoty Holdings, the group’s efforts reflect the need to urgently tackle the increased threat posed by global water insecurity. “Approximately 40% of the global population will suffer from water shortages in the year 2050 due to climate change and population growth. Unless we take action today, our not-so-distant future will be threatened,”​ the chief executive warned.

Suntory Group’s new and strengthened water targets for 2030 cover its own operations and the water used in the production of the raw materials it sources.

By 2030, Suntory said that it will cut the water intensity of its own plants by 35% globally. Previously the company had set the target of reducing water use by 15%, a goal it reached ten years early when it successfully lowered water use in its operations by 17% in 2020. The 2030 target is an important milestone on Suntory’s 2050 water roadmap, which aims to halve water the water intensity of the company’s production.

The company also detailed its desire to step up water replenishment activities. By 2030, Suntiry will replenish more than 100% of the water used in at least 50% of the plants it owns globally, including all of those located in highly water stressed regions. By 2050, the beverage maker said it will replenish more water than it uses across 100% of its operations.

Speaking at the recent FoodNavigator Climate Smart Food event, Yuko Koshiishi, Senior General Manager of the Corporate Sustainability Division, shared details of the group’s water conservation work. This includes Suntory’s Natural Water Sanctuary initiative, which started in Japan back in 2003. Today, the company manages 21 forest areas in its domestic market, equivalent to around 12,000 hectares of land.

“Healthy forests and healthy soil are important for quality ground water,”​ Koshiishi told us. “Through these water sanctuary forests we now recharge more than double the amount of ground water we use in our plants in Japan.”​

Suntory is now rolling the Natural Water Sanctuary initiative out globally. The group has established two water sanctuaries in Kentucky, where it distils bourbon, and they employ water conservation efforts near their whiskey bottling plant in India. Other initiatives include conservation efforts in Mexico and France, as well as the recently announced large-scale peatland and watershed conservation project in Scotland.

“We understand that water is a local issue and the situation varies from region to region. We are not carrying the exact same initiatives as Japan in other countries but we share the same approach,”​ Koshiishi revealed.

“As a beverage company with water at the heart of our business, Suntory is fully committed to be engaged and taking a leadership role in water stewardship.”​

Water use in agriculture also on the agenda

The majority of a food or beverage product’s water footprint lies in agricultural production. Importantly, Suntory revealed that it is also looking to its supply chain to boost water stewardship efforts.

By 2030, the group said it will collaborate with its suppliers to improve water-use efficiency in the production of key water-intensive ingredients produced in highly stressed areas. The company defined these ‘key’ inputs as coffee, barley and grapes.

Suntory revealed it has been working alongside Sedex to capture information on its suppliers’ water management. The Ribena maker said that more than 70% of the ingredients and packaging materials it acquires are purchased from Sedex members. It is connected to 650 suppliers and 1,000 supplier sites through the membership organisation.

Suntory’s 2050 target is to achieve sustainable water use for all its primary raw ingredients by 2050.

As well as looking at the water footprint of its own operations and supply chain, Suntory is committed to working collaboratively to address the issue of water security.

As of 2020, the company has expanded Mizuiku – Education Program for Nature and Water to 290,000 children and teachers globally, and has provided access to safe water to 130,000 people in need. The Mizuiku program started in Japan in 2004 and has now expanded to Vietnam, Thailand, Indonesia, France, and China.

In December 2021, Suntory Minami Alps Hakushu Water Plant in Japan achieved the Alliance for Water Stewardship (AWS) certification for having met the global benchmark for responsible water stewardship, making it the company’s third plant to be certified against the AWS Standard. In 2018, Suntory Okudaisen Bunanomori Water Plant became the first Japanese facility to receive certification under the AWS Standard, followed by the second certification in 2019 for Suntory Kyushu Kumamoto Plant.

As the only company with plants certified by the AWS in Japan, Suntory Group is promoting water stewardship in the country through a partnership with the AWS. The partnership will support awareness building campaigns as well as a Japanese-language version of the Standard, among other activities.

Suntory Group was also included as one of the three companies selected by the Science Based Targets Network to contribute to piloting the draft methodology for setting science-based targets for water.

“Suntory believes that we must not only reduce water consumption, but also take action to replenish more than we use in our operations. While we remain committed to responsibly sharing our products with our customers around the world, we must not forget that water is not only vital for our business, but also for all living things,”​ Niinami stressed.

Israeli food-tech startup cracks the code in cutting back the sugar content in kiddies’ treats
Dispose with purpose? Unilever has ‘lost the plot’ by fixating on sustainability, claims influential UK fund manager