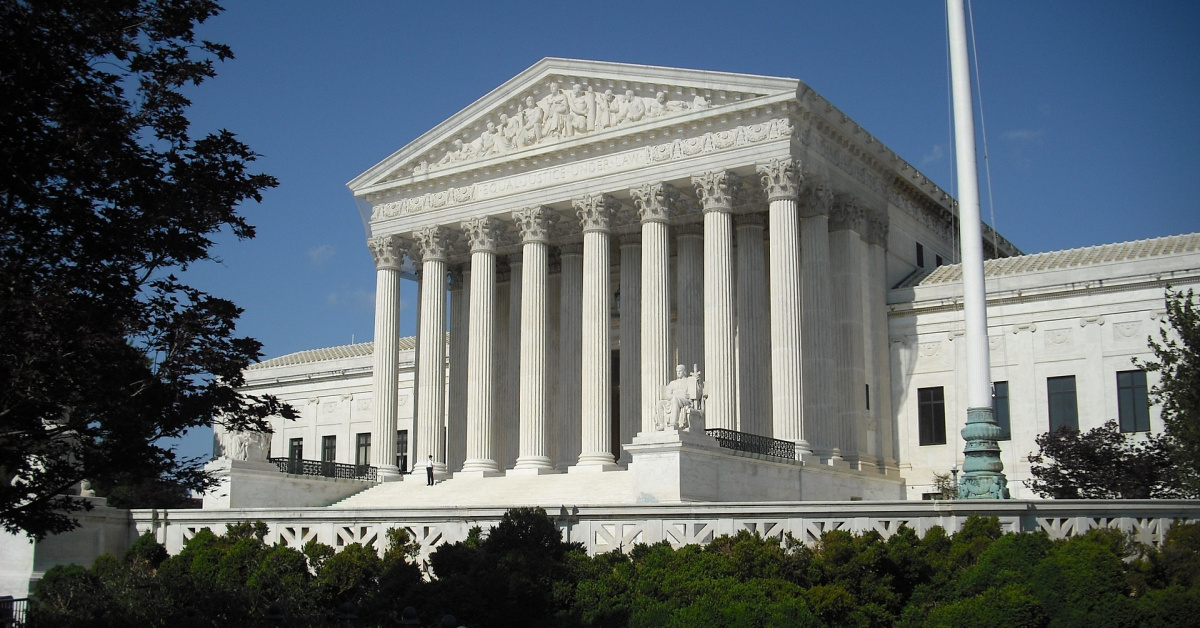 The U.S. Supreme Court on Thursday issued a pair of landmark rulings on the government’s power during a pandemic, striking down the Biden administration’s vaccine/testing mandate for large employers but upholding a separate mandate that applies only to healthcare workers.

The split rulings left something for each ideological side to celebrate – although, in sheer numbers, the mandate on large employers would have impacted the most people, with more than 80 million employees facing a vaccinate-or-test deadline.

The mandate involved a rule by the Occupational Safety and Health Administration (OSHA) that required workers at large employers either to be vaccinated against COVID-19 or to undergo regular testing and wear a mask. The rule would have applied to employers with 100 or more employees.

In a 6-3 decision, the U.S. Supreme Court said OSHA did not have authority from Congress to issue the rule.

“OSHA has never before imposed such a mandate. Nor has Congress. Indeed, although Congress has enacted significant legislation addressing the COVID–19 pandemic, it has declined to enact any measure similar to what OSHA has promulgated here,” the majority ruled.

The question, the majority opinion said, is whether the Congressional act “plainly authorizes” the mandate.

“It does not,” the majority wrote. “… Although COVID–19 is a risk that occurs in many workplaces, it is not an occupational hazard in most. COVID–19 can and does spread at home, in schools, during sporting events, and everywhere else that people gather. That kind of universal risk is no different from the day-to-day dangers that all face from crime, air pollution, or any number of communicable diseases. Permitting OSHA to regulate the hazards of daily life – simply because most Americans have jobs and face those same risks while on the clock – would significantly expand OSHA’s regulatory authority without clear congressional authorization.”

The majority opinion said OSHA does have authority to issue a mandate that is “targeted” – such as when the virus “poses a special danger because of the particular features of an employee’s job or workplace.”

In a separate 5-4 decision, the Supreme Court upheld the Biden administration’s vaccine mandate for workers at federally funded health care facilities. The mandate was issued by the Department of Health and Human Service. The majority in that decision was composed of Roberts and Kavanaugh and Justices Stephen Breyer, Sonia Sotomayor and Elena Kagan.

“Ensuring that providers take steps to avoid transmitting a dangerous virus to their patients is consistent with the fundamental principle of the medical profession: first, do no harm,” the majority ruled. “It would be the ‘very opposite of efficient and effective administration for a facility that is supposed to make people well to make them sick with COVID–19.’”

Michael Foust has covered the intersection of faith and news for 20 years. His stories have appeared in Baptist Press, Christianity Today, The Christian Post, the Leaf-Chronicle, the Toronto Star and the Knoxville News-Sentinel.