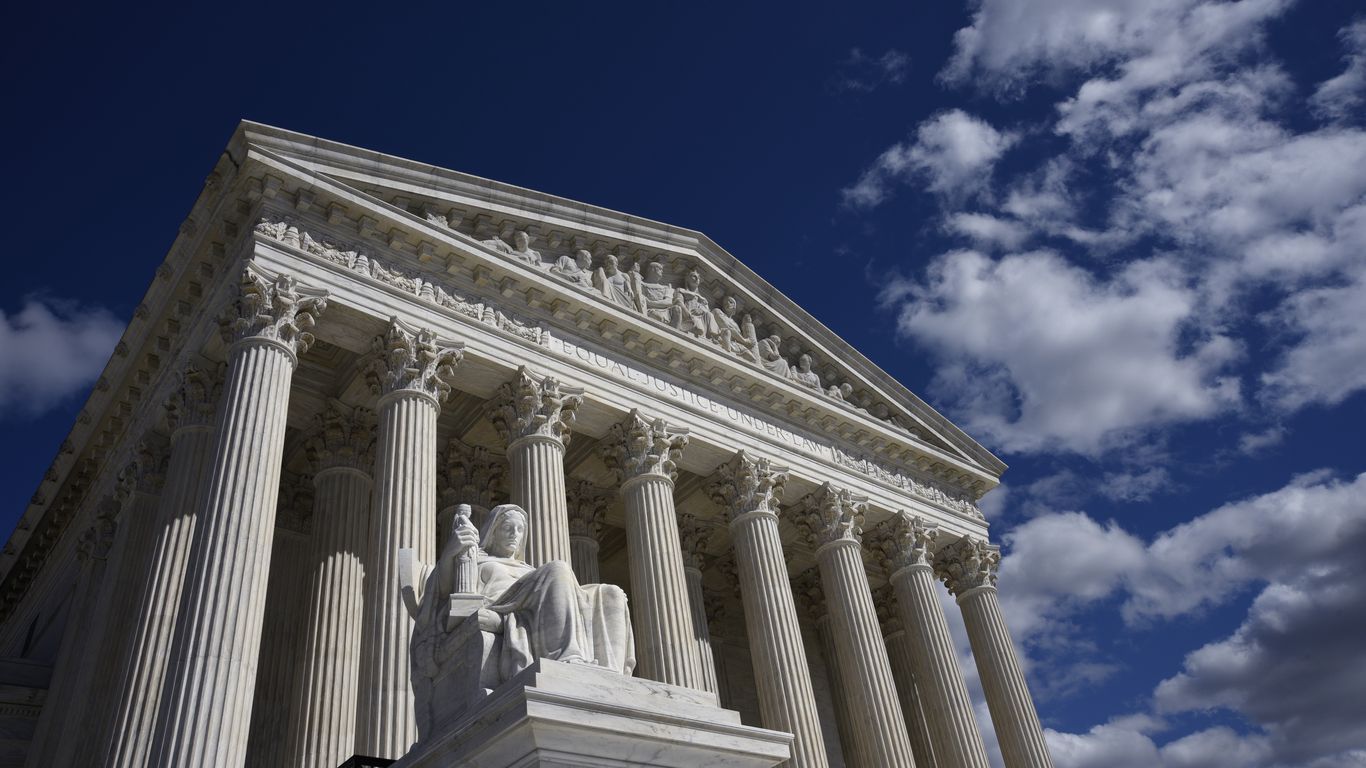 The Supreme Court on Thursday blocked the Biden administration’s COVID-19 vaccine-or-test requirement for large employers, but it will allow a similar mandate to continue for workers at federally funded health care facilities.

Driving the news: The Occupational Safety and Health Administration’s emergency measure went into effect on Monday. It said that employers with more than 100 workers must require their workers to either get vaccinated or tested every week.

Catch up quick: Several Republican states last year filed lawsuits against the Biden administration over its vaccine-or-test mandate, with some calling it “unconstitutional, unlawful and unwise.”

Details: “Although Congress has indisputably given OSHA the power to regulate occupational dangers, it has not given that agency the power to regulate public health more broadly,” the court said in its 6-3 opinion on the vaccine-or-test mandate, which liberal Justices Stephen Breyer, Sonia Sotomayor and Elena Kagan dissented.

In its second ruling, the court said that the Biden administration has the authority, given by Congress, to issue a vaccine mandate for health care workers at facilities that receive Medicare or Medicaid funds.

What they’re saying: “Today’s decision by the Supreme Court to uphold the requirement for health care workers will save lives:  the lives of patients who seek care in medical facilities, as well as the lives of doctors, nurses, and others who work there,” President Biden said in a statement.

This is a breaking news story. Check back for updates.