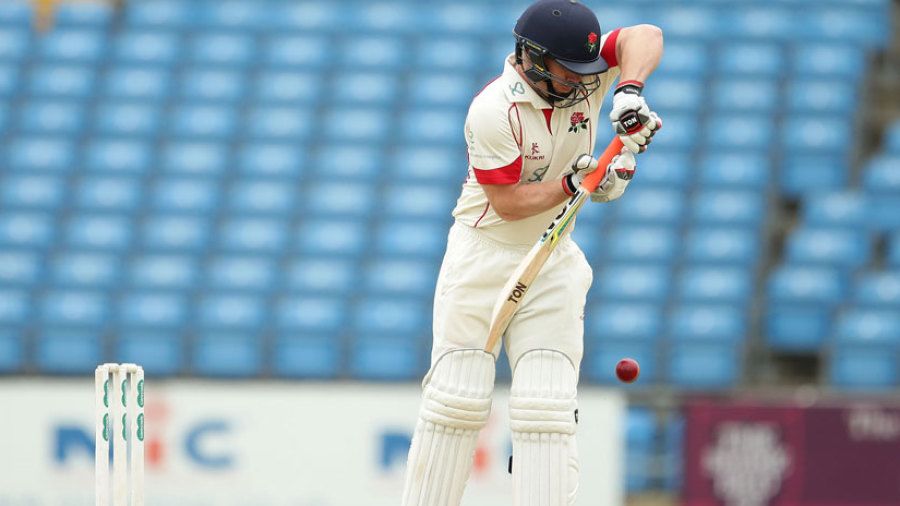 Lancashire captain Steven Croft hit his first century in over a year to help Lancashire recover from a flurry of pre-lunch wickets on day two of their Specsavers County Championship match against Surrey at Old Trafford.

His 115 earned Lancashire a first-innings lead of 67 as they were dismissed for 268. Croft shared three successive half-century partnerships with Ryan McLaren, Tom Bailey and Stephen Parry as Lancashire battled back from a pre-lunch collapse.

Surrey took five wickets in quick succession as Lancashire slipped from 69 for 0 to 84 for 5, including losing four wickets for six runs in the space of 5.2 overs. But Croft’s knock put his side ahead, before Surrey’s opening pair of Mark Stoneman and Rory Burns guided the visitors back in front with an unbroken 79-run stand.

Resuming on 17 for 0 overnight in reply to Surrey’s 201 for 8 declared, Lancashire started the morning in commanding fashion.

Opening pair Alex Davies and Rob Jones put on 69, with Davies going on to make 54 and pass 1000 first-class runs for the season in the process – becoming the first Lancashire wicketkeeper ever to do so. But Jones’ dismissal triggered the collapse as Rikki Clarke had him caught at second slip by Scott Borthwick for 15.

Gareth Batty quickly removed Liam Livingstone before Clarke struck twice in successive overs to get Davies with a leading edge to midwicket and then Shivnarine Chanderpaul lbw for just 1. Dane Vilas then joined the procession of wickets with the final ball before lunch, a second lbw victim for Batty.

From there, Croft spearheaded the revival. He put on 56 with McLaren, who was another to fall lbw to Batty, before notching his first Championship half-century of the season. Bailey continued to provide able support from the other end, with the pair putting on 63 before Bailey gave Scott Borthwick his 200th first-class wicket by picking out Olly Pope at backward point.

At tea, Lancashire were 222 for 7 with Croft unbeaten on 87. The captain was finding support all the way down the order as he shared 59 with Parry. Croft’s century, his first since Warwickshire at Old Trafford in June 2016, came from 161 balls and included 14 boundaries.

Surrey wrapped up the innings quickly when they eventually decided to take the new ball, with the final three wickets fell in the space of 3.3 overs. They then erased the first-innings deficit, with Stoneman and Burns imperious in the final session, not offering Lancashire a chance.