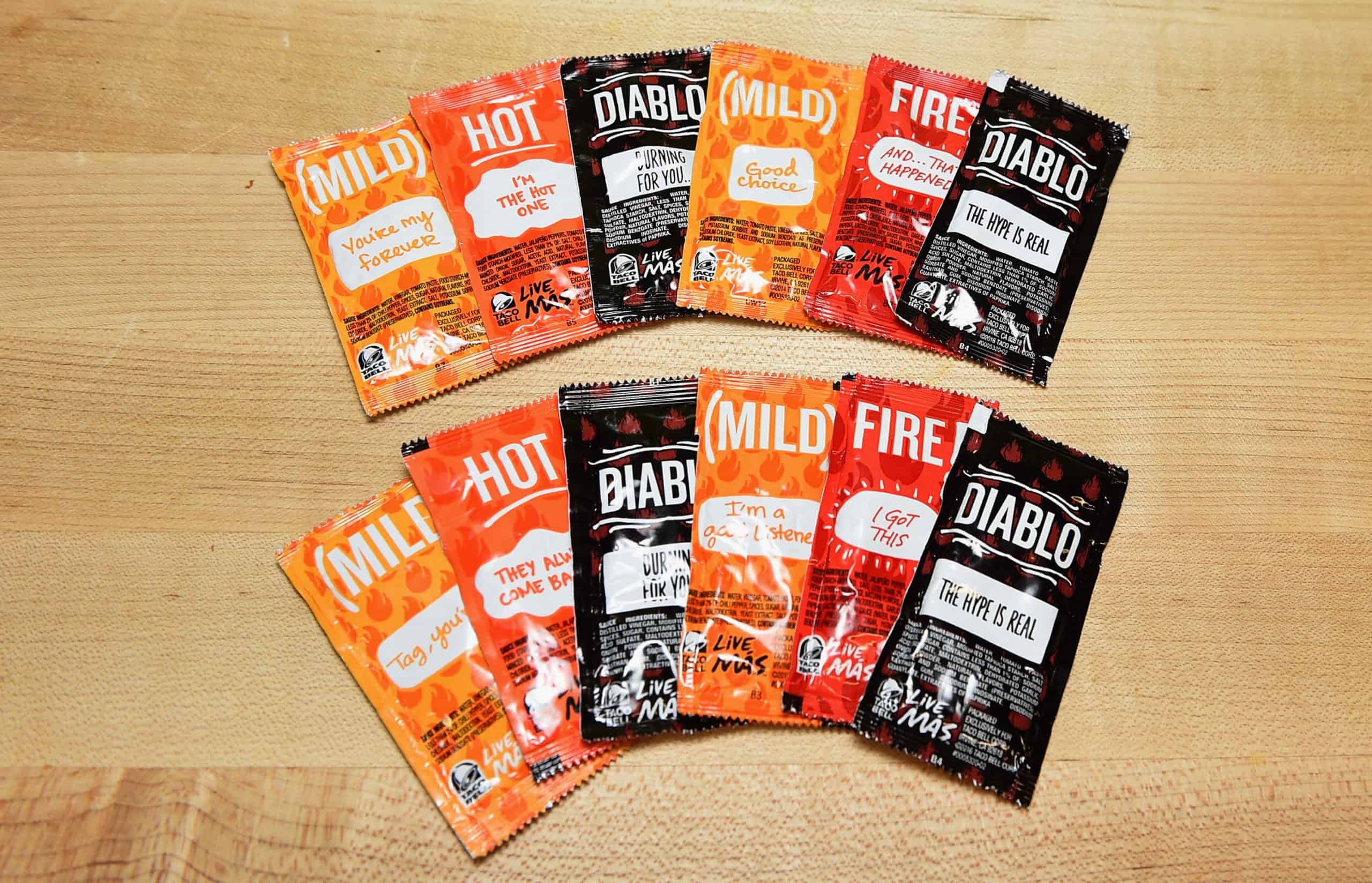 TSR Foodies: Taco Bell is trying to save the planet, one hot sauce packet at a time.

The fast food chain is asking people to send them their used hot sauce packets through the mail so that Taco Bell can reuse them in an effort to recycle some of the 8 billion pounds of used sauce packets that go into U.S. landfills every year, according to CNN.

Taco Bell is partnering with the recycling firm TerraCycle to make this happen.

Here’s how the program works: Customers sign up for a TerraCycle account, collect empty sauce packets in a recyclable container, print a free shipping label from TerraCycle’s website and then ship the box back via UPS.

Rather than dropping off the used sauce packets at a restaurant, Taco Bell is using the mail, because it says a “majority” of transactions are taking place at its drive-thru window and the food is eaten out-of-restaurant.

It also discovered this was the preferred way for customers to send them the sauce packets during the program’s pilot launch and the mail helps them “minimize their transportation footprint and ship their box of saved sauce packets once full.”

Taco Bell will display QR codes and other signage in various parts of its restaurants to promote the program and to make sign-ups easy.

The massive number of sauce packets thrown out every year is potentially damaging the environment. About 710 million metric tons of plastic will pollute the environment by 2040 if people don’t take action, according to a study published in “Science.”

Taco Bell is one of the first major food brands to use TerraCycle, a New Jersey-based company that helps big businesses become greener. TerraCycle has worked with other  big brands including Procter & Gamble and Nestlé to help manufacture reusable packaging in place of single-use packages that clutter up landfills.

Taco Bell is hoping that by 2025, packaging used by its customers will be fully “recyclable, compostable, or reusable” across all 7,000 global locations.