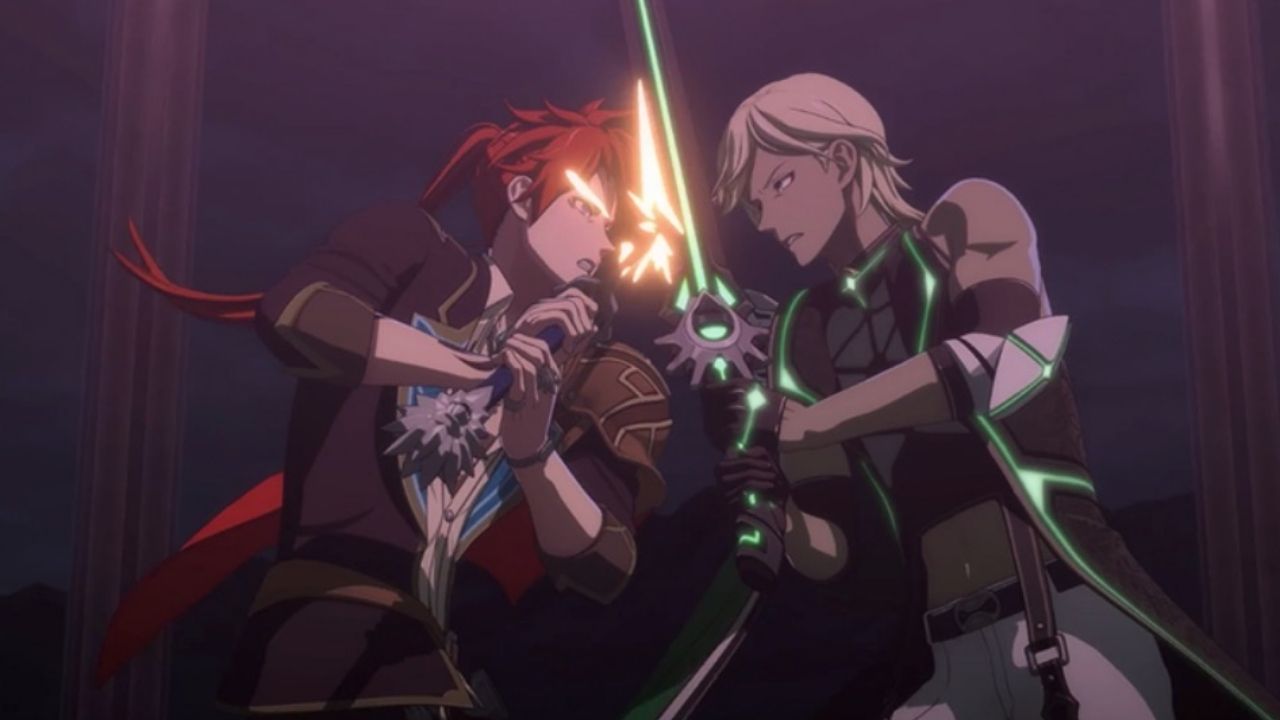 Tales of Luminaria has us enamored with its many smartphone trailers.

A trailer for the highly anticipated Tales of Luminaria smartphone game has begun streaming on the official Tales of series YouTube channel.

We cannot wait for this role-playing action game to premiere!

Why? We’ve got three words for you: twenty-one protagonists. The game’s got twenty-one out of this world, oh so diverse characters, and we cannot get enough of them.

Each trailer introduces us to a new character, and this time it’s Yelsy, Falk, and Lisette’s turn.

Following the pattern of the previously released trailers for the smartphone game, the trailer shows us the gameplay and missions featuring Yelsy, Falk, and Lisette.

The trailer begins with Yelsey, a character from the Jerle Federation. The blond-haired, black-booted princess is all set to attend the Stigmata Knight academy, but of course, trouble finds her on her quest to find her missing animal friend Toto.

Next up, the feisty Falk makes his appearance. His chapter starts with an argument with the Jerle Federation, as he represents the Gildllan Empire.

Finally, Lisette, the badass instructor, makes us squirm with her domineering demeanor. She is a member of the Jerle Federation academy, and we see her fight Hugo and Leo during training in this trailer.

On November 4, 2021, the smartphone action game Tales of Luminaria will be released worldwide.

Before that, you must become acquainted with not only these three dynamic characters but the entire cast. So take a look at the trailers for Alexandra, August, Celia, and Leo!

Thank you, Bandai Namco Entertainment, for giving us such extraordinary characters.

We have to ask, who is your favorite character?

The Tales series is a franchise of fantasy role-playing video games published by Bandai Namco Entertainment (formerly Namco), and developed by its subsidiary, Namco Tales Studio, until 2011 and presently by Bandai Namco Studios. First begun in 1995 with the development and release of Tales of Phantasia for the Super Famicom.

While entries in the series generally stand independent of each other with different characters and stories, they are commonly linked by their gameplay, themes, and high fantasy settings. The series is characterized by its art style, which draws from Japanese manga and anime, and its action-based fighting system called the “Linear Motion Battle System”.