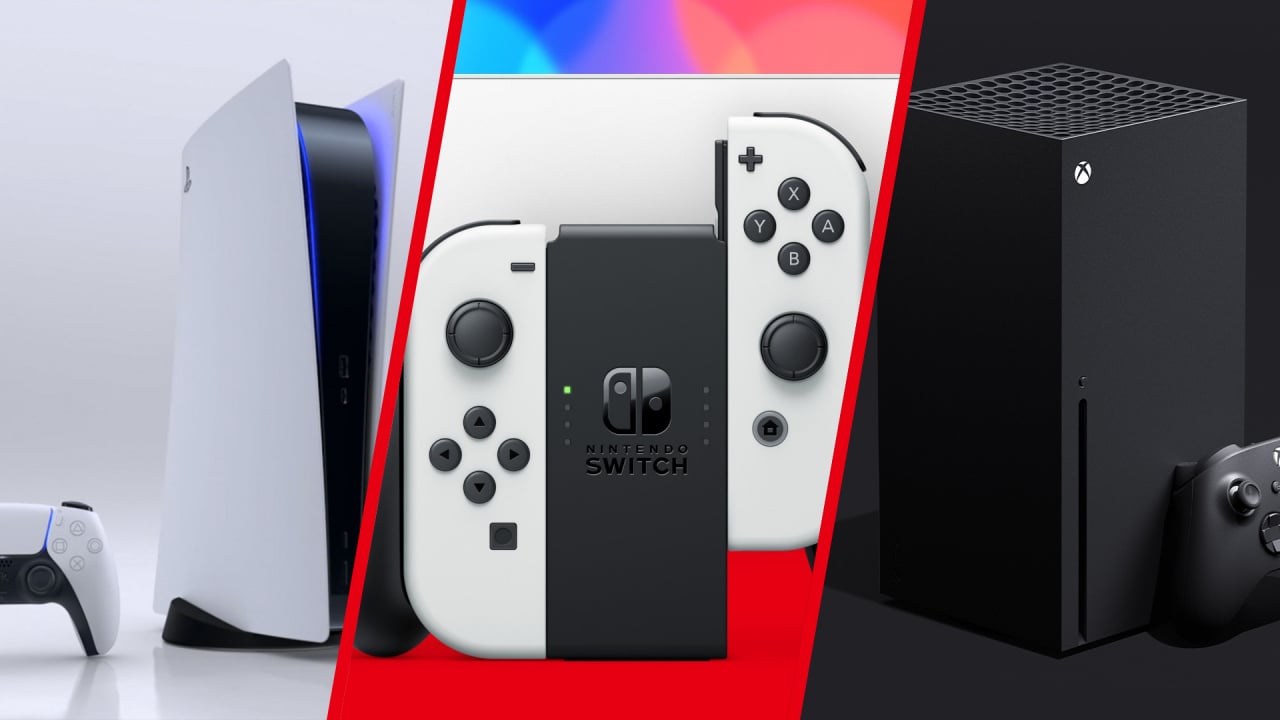 Nintendo can’t be accused of being reactive with the Switch ahead of the fast approaching Holiday season. In a time where sales and demand remain strong, the big N has been lining up a steady flow of varied games to keep the console on the wider gaming public’s agenda. There are major first-party titles like Metroid Dread and Pokémon Brilliant Diamond and Shining Pearl on the way, along with family-centric offerings like Mario Party Superstars and Big Brain Academy: Brain vs. Brain. Add in Advance Wars 1+2: Re-Boot Camp and some intriguing third-party contributions, and there’s plenty to keep the system in the headlines.

Nintendo’s also made a move on Switch pricing by reducing the cost of the standard model, but at present this is only in Europe. It’s seemingly an adjustment to account for the upcoming OLED model but also the imbalances caused by currency conversions, in which Europeans were comparably paying significantly more for the hardware than North American consumers. Clearly with that in mind, along with its plans for stock levels, the price cut makes sense — it’s possible the prices will remain locked in North America and Japan, but of course we’ll keep an eye out for updates.

Overall, with the OLED model on the way Nintendo is setup with three offerings at different price points and all, arguably, targeting specific demographics and needs. The Switch may lag a long way behind the latest systems from Sony and Microsoft from a graphical and power perspective, but it has a huge library, plus pricing and availability on its side. With solid momentum and positive projections coming out of Nintendo, it seems intent on having another strong Holiday season.

While people undoubtedly like virtual cage fights between consoles, we’re keeping it civilised here (we’re all just gamers of different types, after all) and looking at where each major system stands ahead of the Holidays…

The Switch Lite, like the 2DS before it, serves a function as a hardy portable-only option and the most affordable member of the Switch family. Its sales flourished in 2020 as availability of the standard model became an issue, but while the smaller budget model has its fans, trends show that it’s clearly second choice when the original is on shelves.

There’s every chance that the standard model will be the best-selling Switch model in the run up to 2022. It offers the full suite of Switch functions at a middle price point that’ll likely suit a wide range of players. It wouldn’t be surprising if some attractive bundles and deals — targeting the upcoming Black Friday frenzy — push sales of this seasoned model up further.

If Nintendo can maintain supply, it’s likely to be another good Winter for the system, especially considering the diverse range of first-party software on the way over the next few months.

Though there’s been much gnashing of teeth over what the OLED isn’t, Nintendo knows full well what it is offering with the system and its extra $50 in price — it’s the equivalent to XL models in the DS / 3DS era, with a little more luxury and a bigger screen. In any range of technology, it’s premium models like this that often shift less units but nonetheless draw in enough eager consumers that they contribute heartily to profits. Though more expensive to produce than the base model, considering the age of the technology in the Switch, the profit margin on these models will no doubt also be a strong point.

The sales figures will be interesting, but we suspect the OLED model will have similar numbers to the Lite.

A common thread with PS5 and its rival Series X|S is that it’ll sell as many as Sony can produce. Sony will be throwing everything it’s got at producing stock, banking on existing exclusives and major third-party efforts to maintain the system’s desirability. With some reports online that ‘scalper’ prices are dropping (VGC), however, perhaps supply is starting to catch up.

PlayStation 5 will be a powerhouse in sales, ultimately, especially if Sony can make enough of them.

It seems that most are moving on from PS4, unsurprisingly, as it’s already sold over 116 million units and led the last generation; its momentum has understandably fallen away. It’ll still pick up some limited sales, especially if there are some end-of-gen bundles at tempting prices, but it seems that stock isn’t being replenished a great deal in the US market, for example, leaving it largely in the hands of resellers.

Sony wants gamers to buy a PS5, it’s just having trouble getting them on shelves.

Microsoft’s challenge is the same as Sony’s — simply manufacture enough systems to meet demand. The scalper market remains hot for the Series X, suggesting that the strategy of aggressive Game Pass expansion — alongside some genuine blockbusters for the Holiday season — is paying off; it may also indicate continuing problems delivering substantial restocks. It looks like Microsoft has been behind Sony in the manufacturing battle, but no doubt will sell as many Series X consoles as it can get into stores.

How many it can make remains the issue. The less expensive Series S, meanwhile, is available more often and is seemingly not flying off shelves, though Microsoft may hope for a similar affect that the Switch Lite enjoyed last year, in which players desperate for upgraded versions of new games will ‘settle’ for the cheaper model if the premium offering is out of stock.

Outperformed by PS4 in the last generation by some distance, the Xbox One family of systems nevertheless worked its way to reasonable overall sales. Like with the PS4 in the current market, outside of some budget and bundle pick-ups the older hardware is now largely overlooked, with stock running down and resellers taking over in some territories.

What shape is Nintendo in as we head into Holiday Season 2021?

Nintendo, as is often the case, is operating in a ‘bubble’ of sorts, with the hybrid nature of its hardware being far removed from the sizeable home consoles offerings from Microsoft and Sony. The appeal of the Switch remains high, seemingly, with its unique library and family/multiplayer-friendly format still working in its favour.

The standard model, with its EU price cut (and likely bundles and Black Friday deals in North America), remains the likely workhorse of the family in terms of sales. The Lite remains a good option for those uninterested in TV play or seeking an affordable option as a second unit, while the OLED is there for the premium / enthusiast market.

In many respects the battles in stores will be quite separate — on one side Sony and Microsoft will fight for the high-end living room market, while Nintendo targets a broad range of gamers looking for a different experience. Nintendo also continually competes with other smaller entertainment devices like tablets, pushing its game library and features to showcase its capabilities.

In the wider picture Nintendo is likely confident ahead of the Holiday season, at least in terms of hitting its own targets. Multiple major releases that target a broad group of gamers — along with those hardware options and price points to suit different people — should see it through. It may also get extra Holiday gift purchases should Microsoft and Sony continue to struggle with meeting demand, as was the case a year ago, PS5 and Xbox Series X are likely to continue to rapidly sell out.

Let us know in the polls below how you think Nintendo will fare in the next few months.