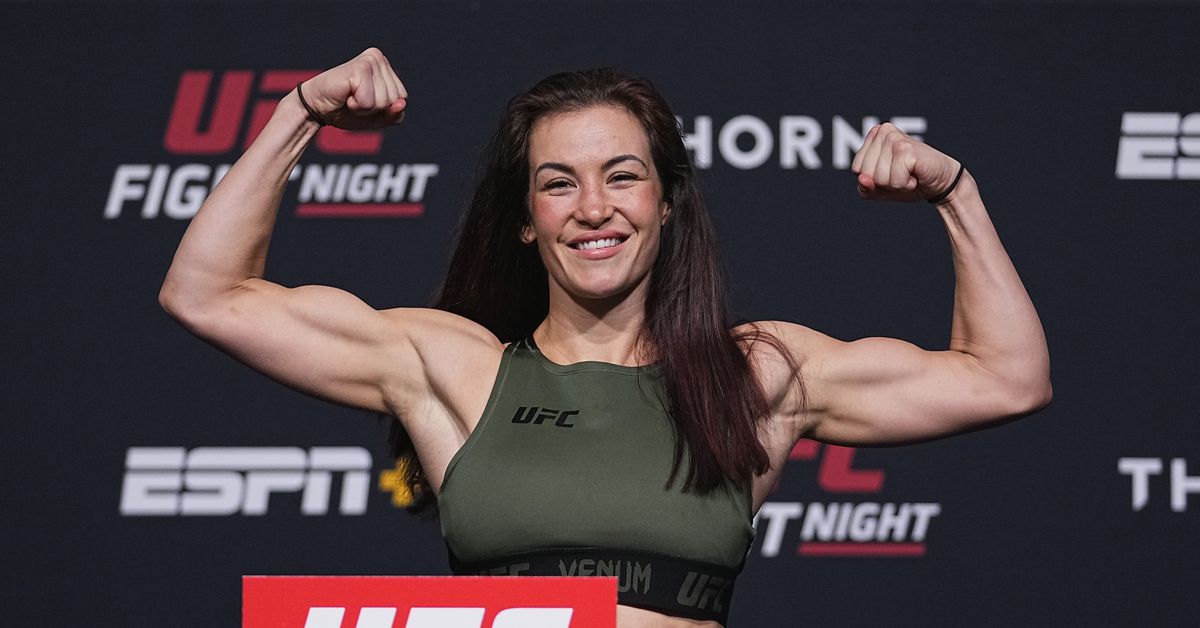 Miesha Tate returned to top form on Saturday with a third-round TKO win over Marion Reneau in the UFC Vegas 31 co-main event following a five-year hiatus from the sport.

‘Cupcake’ hasn’t decided her next move but is open to a rematch with Holly Holm, whom she beat via fifth-round submission at UFC 196 to snag the women’s bantamweight title.

Tate, who says everyone at bantamweight can ‘get it’ when she returns to the cage later this year, responded to Holm after the latter called her out on Instagram prior to UFC Vegas 31.

“They’re all fair game,” Tate said at the UFC on ESPN 26 post-fight press conference (h/t MMA Fighting). “They can all get it, respectfully. They can all come. I expected them to come out of the woodwork so that’s great. I think a fight with Holly a second time would be great. There’s a lot of women in the division. Name them all. I don’t know where I’ll come in the rankings right now but I’m never one to say I deserve this or I deserve that. I understand I’ve got to continue to climb but whoever’s name on that list to get to the top, that’s fine with me.

“I’m sure Holly and I, I have no doubt about it, before I retire her and I will fight again.”

Tate’s victory against Reneau marked the beginning of her road back to title contention and a new chapter in her career — but the former UFC and Strikeforce women’s bantamweight champion is in no rush for a title shot.

“I’m just going to do what’s right for me,” she said. “This is the first time I can say in my life that I’m the CEO. There is nobody else making decisions. Everybody that’s around me is here to support what I want, my dreams and my goals. So if it feels right, we’ll do it but I’m not in a rush. I want to make the most.

“When I do fight for the title, whoever that may be, it will be the right time and we’ll make sure that we’re ready. We’re not going to rush anything but we won’t miss any opportunities either.”

Expect Tate, who turns 35 next month, to break into the top-fifteen once the UFC updates its bantamweight rankings.