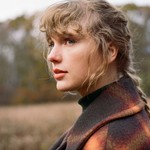 Previously, Swift — who is nominated for six awards at this year’s ceremony, including album of the year — confirmed that her performance for the Grammys includes collaborators Aaron Dessner and Jack Antonoff, but she didn’t spill any of the other “highly confidential” details.

She said the trio have been quarantining in the same house for the past week and have been tested each day. “You know, we’ve only gotten to be together in the same room once,” she pointed out of their experience creating new music together during a pandemic. “And so, this is really awesome to get to be together with them again.”