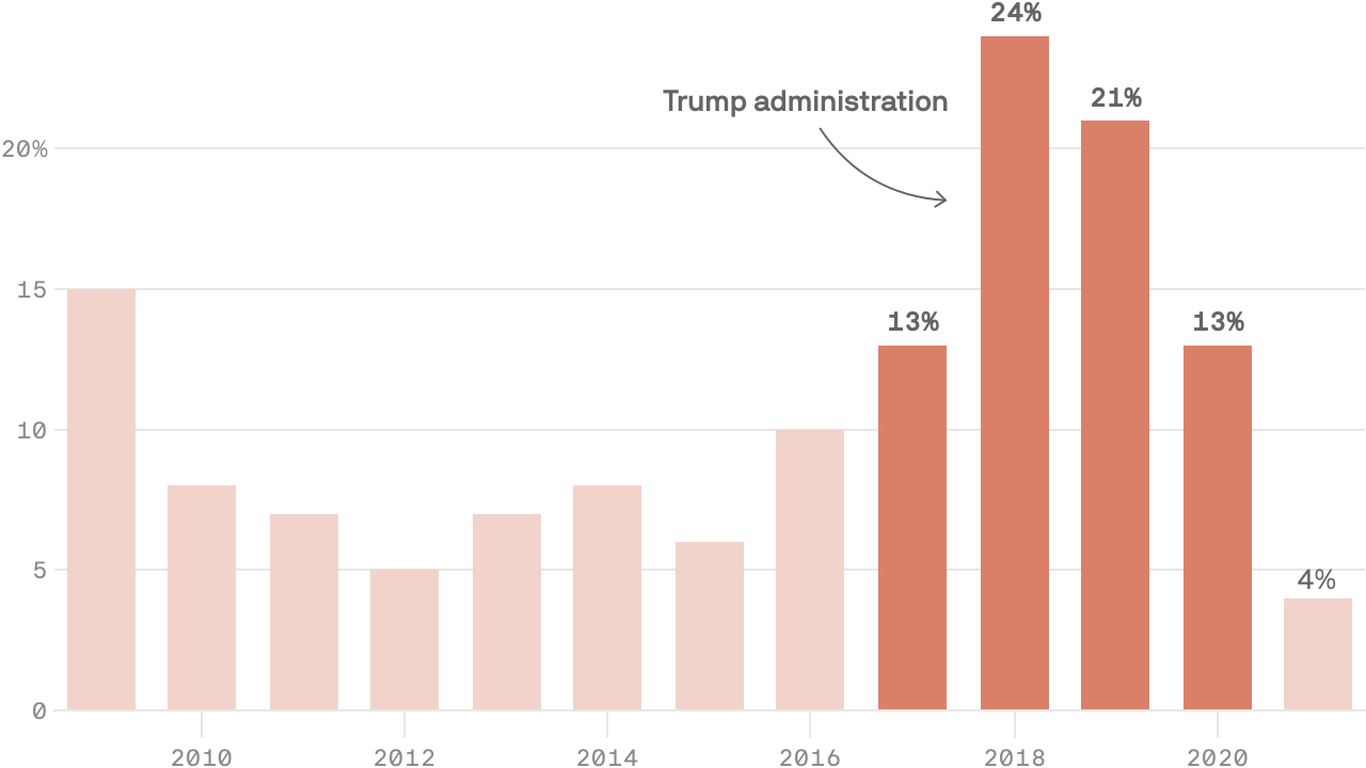 Driving the news: Biden’s first year saw a record low in the denial rate of high-skilled foreign worker visa petitions, according to an analysis of government data by the National Foundation for American Policy shared exclusively with Axios.

Why it matters: The demand for technical jobs has spiked during the pandemic, while a tight overall national job market continues to face pandemic-related stress.

Catch up quick: The H-1B program allows foreign workers to fill specialty occupations and has become the most practical way for highly educated foreign citizens to be employed long-term in the U.S.

By the numbers: The denial rate for new H-1B employment petitions dropped to 4% during fiscal year 2021, the lowest known level, according to the NFAP analysis.

The intrigue: Amazon had the most approved H-1B petitions for initial employment in fiscal year 2021, according the NFAP analysis.

Between the lines: The Biden administration policies largely returned to the pre-Trump status quo.

The other side: Daniel Costa, director of immigration at the Economic Policy Institute, noted that despite increased scrutiny during the Trump administration, the H-1B cap was still met every year.