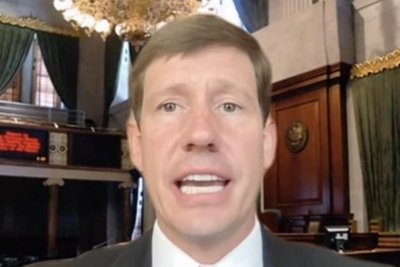 According to the court document, the pair illegally conspired to funnel so-called soft money — which the Federal Election Commission defines as funds in amounts or from sources that are prohibited under federal law — from his state Senate campaign committee to his authorized federal campaign committee.

The Election Act limits the amount and sources of money that can be contributed to a federal candidate to $2,700. However, individuals and organizations are permitted to independently spend unlimited amounts of money to influence federal election as long as they are made independently of the candidate.

The court document says the conspiracy began in at least Feb. 1, 2016, and continued until Oct. 13, 2016, involving multiple people and organizations to defraud the United States to impede, impair, obstruct and defeat the FEC and its enforcement of the Election Act.

Specifically, the conspiracy spent more than $106,000 from Kelsey’s Senate campaign committee on the election.

Prosecutors accused them of shifting $91,000 — $66,000 from Kelsey’s Senate campaign committee and $25,000 from an unnamed political organization — to fund campaign advertisements in August of that year.

The pair have been charged with conspiracy to defraud the FEC, illegally transferring soft money as a federal candidate and his agent and illegally transferring soft money as a state office holder and his agent. Kelsey faces an additional charge of making excessive contributions to a federal campaign and accepting excessive contributions.

If convicted, they face a maximum penalty of up to five years in prison for each count, and they are scheduled to make their initial court appearances Nov. 5.

Kelsey rejected the charges Monday, describing the indictment against him in a statement as “nothing but a political witch hunt.”

“The Biden administration is trying to take me out because I’m conservative,” he said. “I’m totally innocent, and I look forward to being cleared at trial.”