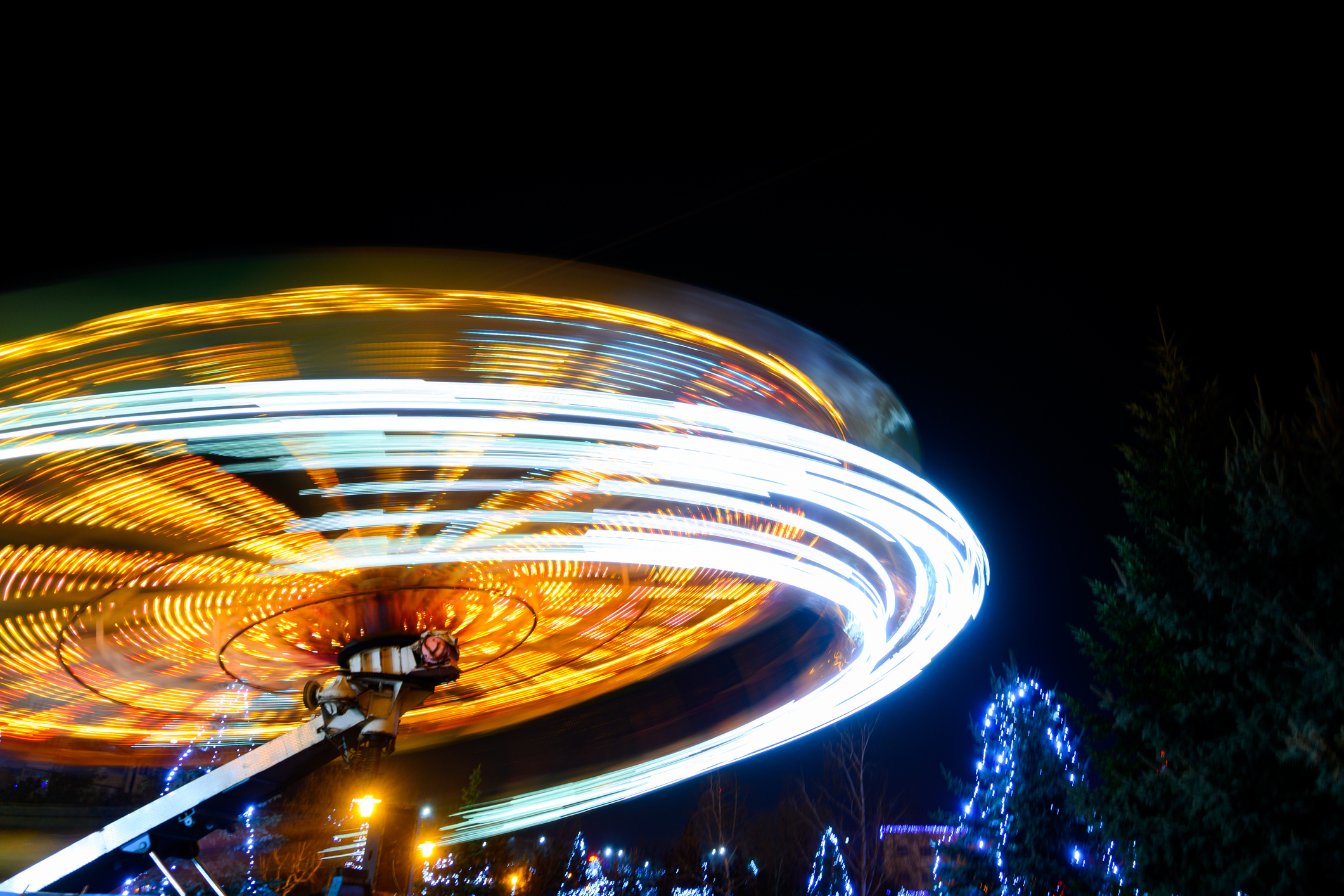 Footage of a single-track coaster at a North Carolina fair went viral after a man filmed the ride’s supports violently shaking and a cable detached as the ride rought riders upside several times.

James Butler, known as @wellandsepticlife, posted footage of the ride on TikTok where it received more than 3.2 million views and over 7,600 comments. The video can be found here.

While the estimated odds of being seriously injured by one of these “fixed site” rides is 1 in 16 million, experts believe the data is inconsistent due to the vague definition of these rides.

The U.S. Consumer Product Safety Commission states that about 30,000 emergency room injuries in 2016 were linked to amusement parks.

Kathryn Woodcock, a specialist in human-centric design for amusement attractions, toldThrillistthat many types of attractions are considered “fixed site” rides including roller coasters to corn mazes.

“One study I published noted that 40% of the reports used to create these statistics were amusement ‘attractions’ not ‘amusement rides,'” Woodcock said. “They were from things like corn mazes, hayrides, ball pits, obstacle courses, and grocery-store coin-operated horsies…At hospitals, it’s all classified under the same category, without much distinction.”

In March, a teenager fell 400 feet from a drop tower to his death while visiting ICON amusement park outside Orlando, Florida, with friends.

The teen was identified as 14-year-old Tyree Sampson who was reportedly “freaking out” when he noticed the ride was ascending.

In April, chilling footage showed a Florida ride operator at a county fair trapped inside a Hydra ride, which consists of a hanging claw that riders are strapped into; the claw lifts up and begins swinging, rising to about 60 feet in the air.

In North Carolina, one ride operator received 30 days in jail following a 2013 malfunction at the state fair. During that incident, several riders were thrown more than 20 feet in the air after the ride malfunctioned.

In the video, which is captioned “Yes or no? Would you ride it?,” Butler shows a ride at the North Carolina Mountain State Fair that visibly shakes as people ride it.

In his video, Butler showed the fair ride running as riders were taken in a complete loop on a single track called the Mantis.

As the riders flipped on the looped track, Butler showed one of the main structures nailed into the ground wobbling repeatedly.

“Alright so the ride looks real fun right up until the point that you realize that that cable should be attached to that hook,” he said as he zoomed in on the free-hanging cable.

While ride inspections vary by state, the Labor Department is responsible for overseeing ride safety in North Carolina.

More than 7,600 users commented on the video, many horrified by the loose structure and cable.

“Never again,” one user commented. “I was 10, very short, still was allowed on that ride, ride broke down while we were upside down, & my seat unlatched.”

“No carnival rides ever the risk is too high,” another user commented.

“I actually almost fell out of one at my states fair as a kid,” another commented.

“I’ve seen Final Destination,” another user commented referring to the popular horror franchise. “That’d be a no for me.”

“As a former ride operator please say something,” another user commented.

Newsweek reached out to James Butler and the North Carolina Department of Labor for comment.

Russians Protesting a Mile From Kremlin: ‘Send Putin to the Trenches’
Democrats: We’re Being Played on Immigration | Opinion