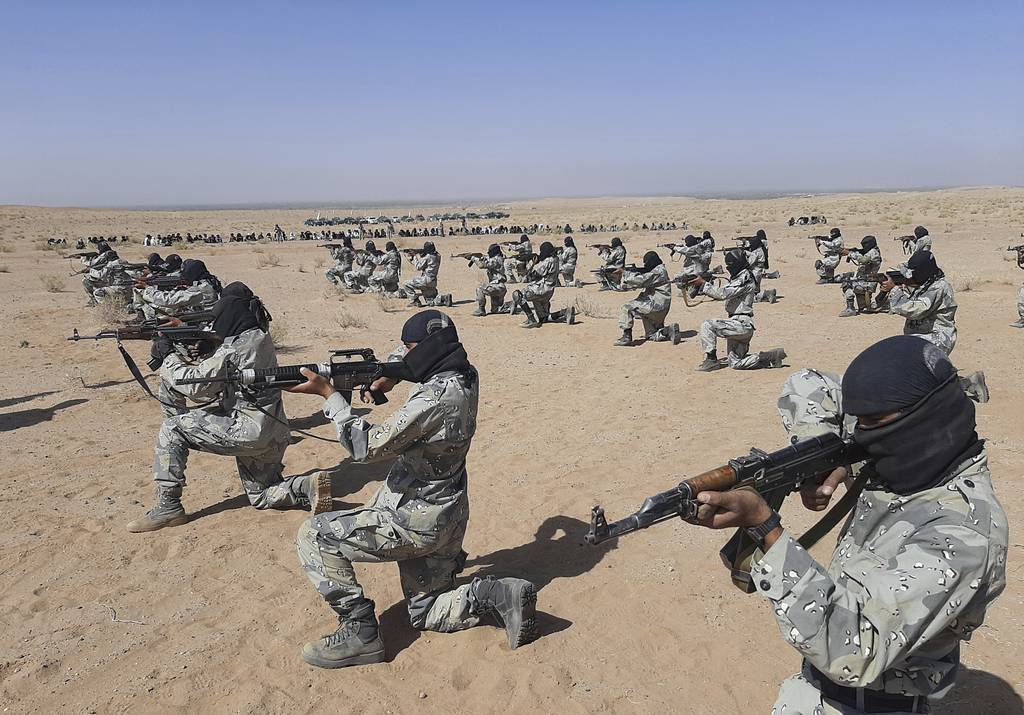 “We’re actually fairly certain that they have the intention to do so,” said Colin Kahl, the Defense Department’s undersecretary for policy, during testimony before the Senate Armed Services Committee on the security situation in Afghanistan following the U.S. military’s withdrawal from the country.

“We could see ISIS-K generate that capability in somewhere between six or 12 months, according to current assessments by the intelligence committee. And for al Qaida, it would take a year or two to reconstitute that capability. We have to remain vigilant against that possibility.”

Kahl’s public comments confirmed intelligence assessments delivered to lawmakers in classified sessions over recent weeks, and raise new concerns about the long-term threat posed to the American homeland by a Taliban-controlled Afghanistan.

All American military forces left the country at the end of August, ending the nearly 20-year U.S. military presence in Afghanistan. In the days preceding that departure, the country’s democratic government and U.S.-backed security forces collapsed, creating a rush of refugees attempting to flee the country and allowing Taliban fighters to take control of it.

Since then, conservative lawmakers have attacked President Joe Biden for the move, saying his withdrawal plan made both Afghanistan and America less safe.

Kahl was the latest in a series of defense officials to testify in the eight weeks since the departure, and offered a similar defense of the decision to end the ongoing deployment this summer.

“The war as we know it isn’t continuing, but the terrorist threat continues,” he said. “What we saw unfold in the last few months would have happened whenever we left Afghanistan.”

He also said that intelligence officials say the risk to the American homeland “is at its lowest point since Sept. 11, 2001″ despite the intentions of terrorist organizations working to regroup in Afghanistan.

“It doesn’t sound like a low risk when you have just told us that the possibility of an attack from ISIS-K on our homeland could come six to 12 months from now,” said Sen. Joni Ernst, R-Iowa.

But Kahl said that is not a foregone conclusion, but instead a warning that U.S. officials must use their long-range anti-terrorism capabilities to make sure the groups don’t gain strength.

“Those estimates from the intel community are based on no U.S. or coalition intervention,” said Lt. Gen. James Mingus, director for operations for the Joint Staff. “The goal would be to keep those time horizons where they’re at now or push them even further [with military strikes].”

Kahl said he also expects the Taliban to help, though not because of any goodwill to America or humanitarian concerns. “The Taliban and ISIS-K are mortal enemies. so the Taliban is heavily motivated to go after them.”

Defense officials did not give specifics on what counter-terrorism strikes will entail, but were scheduled to brief senators on specifics later on Tuesday.

Committee officials have also discussed the possibility of setting up an independent commission to look into the lingering threats and the missteps made by American leaders over the last 20 years in regards to security in the region.

Leo covers Congress, Veterans Affairs and the White House for Military Times. He has covered Washington, D.C. since 2004, focusing on military personnel and veterans policies. His work has earned numerous honors, including a 2009 Polk award, a 2010 National Headliner Award, the IAVA Leadership in Journalism award and the VFW News Media award.