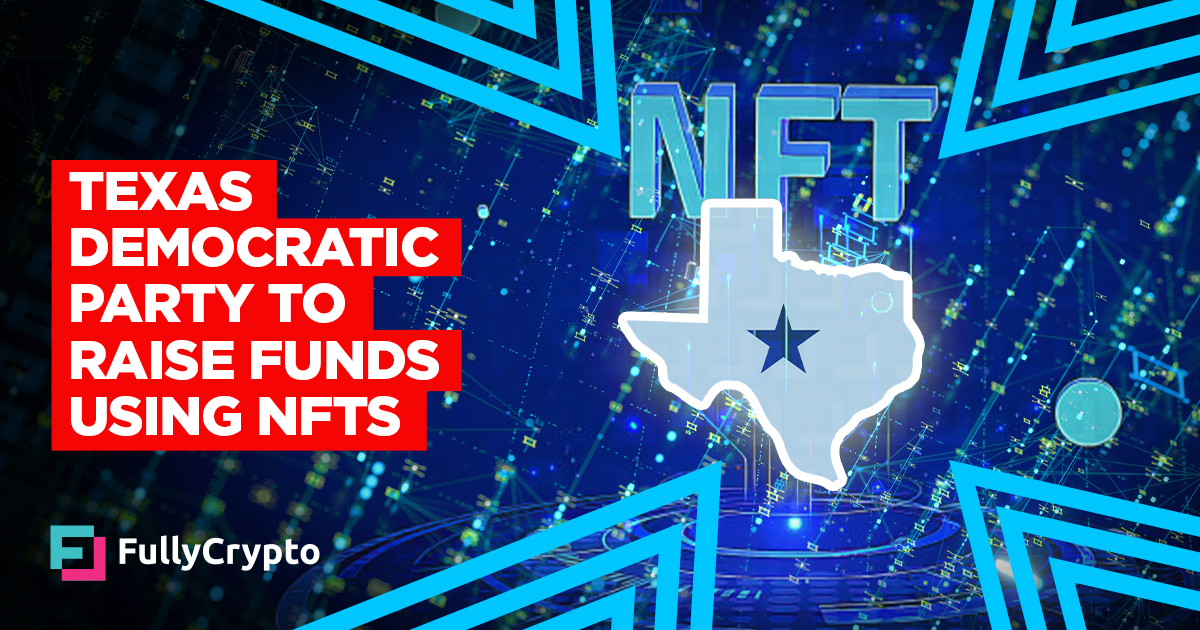 Front Row, a platform that enables committees and organizations to raise funds by selling political NFTs, has partnered with the Texas Democratic Party to lead a fundraising program for candidates using non-fungible tokens.

In an announcement, Front Row asserted that it has already created a number of NFTs depicting key moments of the progressive movement, adding that it has already listed those digital images for sale. Interestingly, the company has also minted some “wanted” posters that picture conservative Texan lawmakers leaving the state as NFTs.

Front Row claims the platform would differ from rival firms in anonymization. It said that since the raised funds would go “directly towards political groups and individuals, campaign finance laws often require the platform to identify its purchases, bringing a layer of transparency to NFT transactions.”

However, the platform did not clarify how it aims to abide by the current campaign finance laws. As of now, US law reportedly does not allow candidates for federal offices to get over $5,800 from one person by selling one NFT.

Democrats to Take Advantage of NFTs

Parker Butterworth, co-founder at Front Row, said NFTs would give Democrats an edge over Republicans. “NFTs will become a powerful addition to any political fundraising effort, and the launch of our marketplace will give Democrats across the country a fundraising advantage that its counterparts do not have,” he said, adding:

Jamarr Brown, co-executive director at the Texas Democratic Party, also pointed out that they are launching the first political NFT series. Brown said NFTs would help the Democratic party further spread its message in Texas and beyond. He said:

Greg Abbott’s (Texas Governor and a member of the Republican Party) despotic barrage of irregular legislative sessions and continued attacks on working people have driven his approval underwater, and we are going to make sure that every Texan hears about the strong leadership that Texas Democrats are offering as an alternative.

NFTs, short for non-fungible tokens, act as a deed of ownership to a digital image, video, or document. The market for these tokens witnessed sharp growth in the third quarter of this year. During this period, prices for more popular NFT projects like CryptoPunks rocketed, even convincing Visa to spend more than $150,000 on a pixelated digital image.

Nevertheless, by mid-September, a leading online casino game provider Evolution Gaming revealed that it had purchased 4 CryptoPunks and aims to use them as slot machine prizes. Moreover, by late September, Ripple, NFL, and DC Comics dabbled in NFTs, further spreading crypto adoption through NFTs.