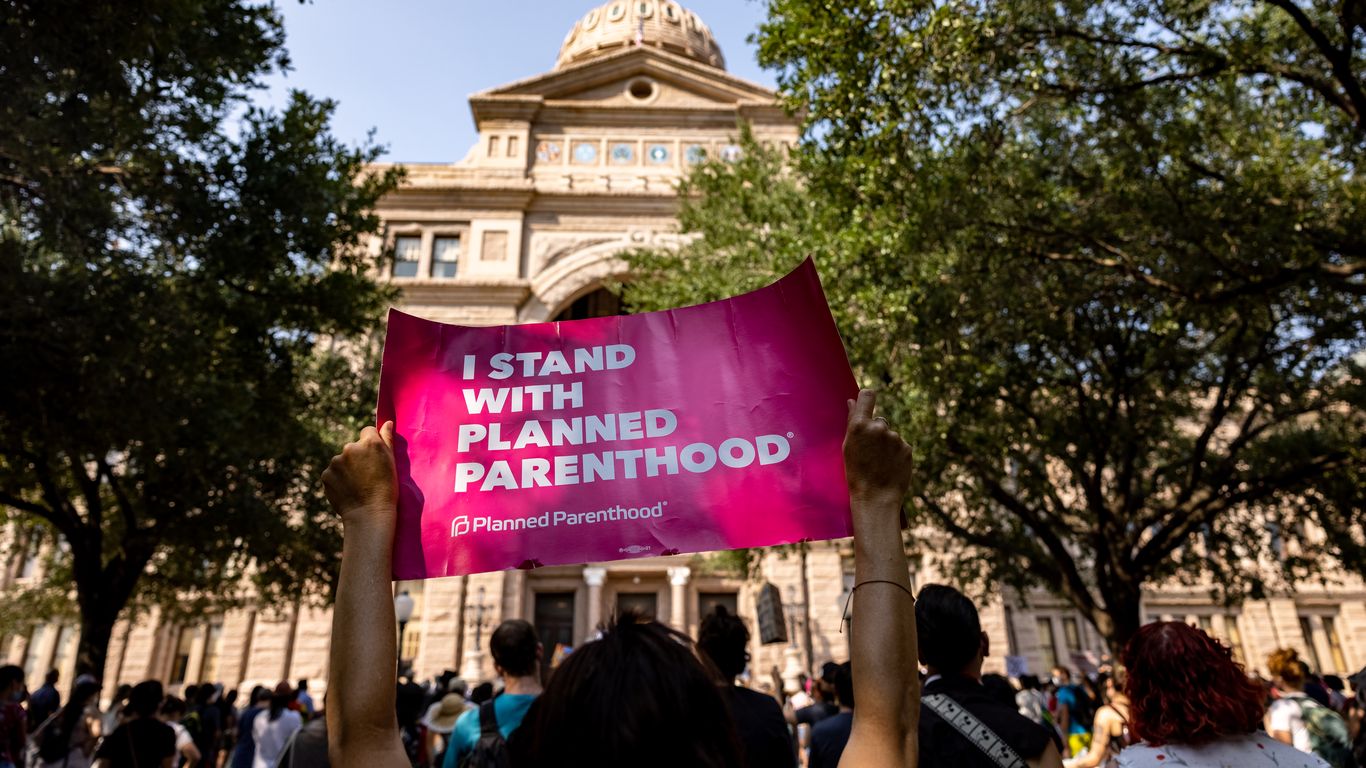 Why it matters: Texas’ restrictive new law, which bars abortions after six weeks of pregnancy, incentivizes people to sue anyone suspected of helping a pregnant person obtain an abortion — and awards at least $10,000 to plaintiffs who succeed.

What they’re saying: “We are relieved that … our providers and health care workers will now have some protection from frivolous suits as litigation against this blatantly unconstitutional law continues,” Helene Krasnoff, Planned Parenthood’s vice president for public policy litigation and law, said in a statement.

The other side: “The injunction only prevents the named parties from filing or assisting others in lawsuits against Planned Parenthood abortion facilities,” Texas Right for Life said in a statement.