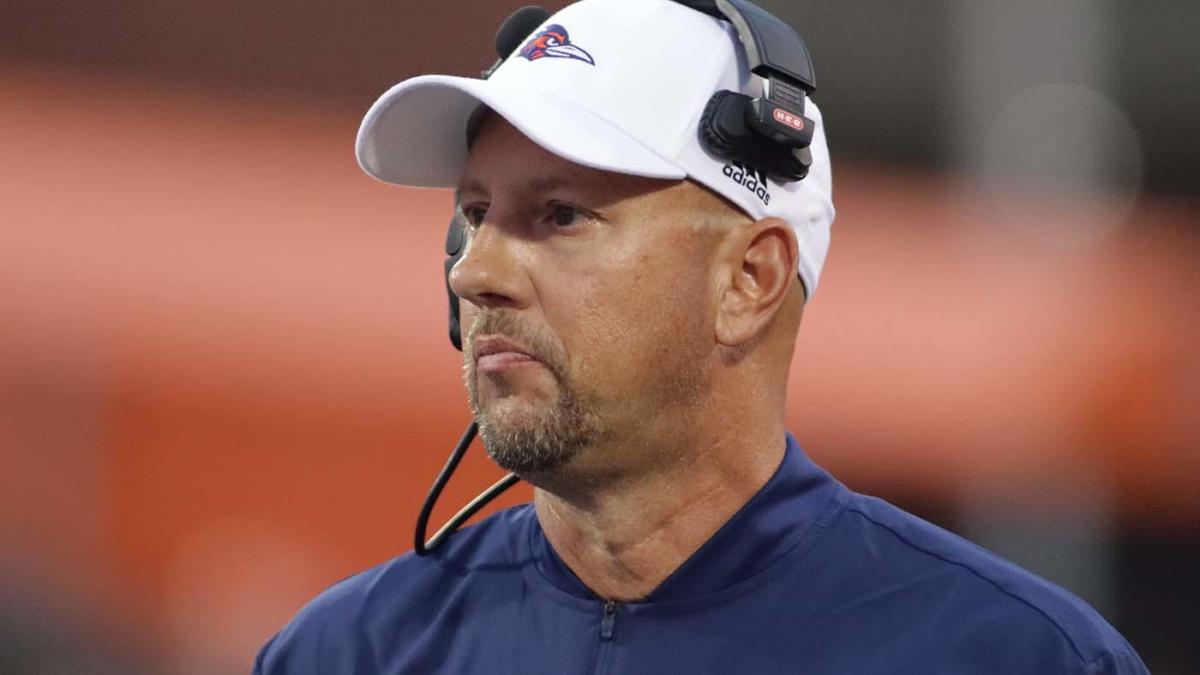 Texas Tech has moved on from head coach Matt Wells, leaving one of the most mercurial roles in college football open with more than a month to go until a hire can be made.

Wells failed to earn a bowl trip during three seasons in Lubbock, but the program has only reached the postseason twice since 2014. Firing Mike Leach more than a decade ago played a major role in the descent of the program, but so did the rise of other Texas-based programs like TCU, Houston and Baylor, leaving the signature program of West Texas in a precarious spot.

Since taking over at Texas Tech in 2011, athletic director Kirby Hocutt has done a strong job of hiring non-football coaches. Basketball coach Chris Beard built the program into a power, finishing as the national runner-up in 2019. Baseball coach Tim Tadlock won three Big 12 titles in six years. The stain on Hocutt’s résumé remains with football.

His first hire, Kliff Kingsbury, was an attempt to recapture the magic of Leach’s Air Raid offensive system, but Kingsbury earned just a 35-40 record in six seasons. Wells was a culture-and-development hire. Ultimately, neither worked.

Hocutt now has a critical hire to make as the Big 12 goes through realignment. A misfire could permanently put Texas Tech behind the 8-ball among Texas schools in the new-look league. The options range from coaches with Air Raid roots — which built its reputation in Lubbock — to up-and-comers with strong recruiting ties. Here are candidates that Texas Tech could consider for its open head coaching job.

Jeff Traylor, UTSA coach: Traylor is a Texas high school football legend after winning three 4A championships at Gilmer High School — the school’s stadium is named after him — but he has since proven he belongs on the biggest stage. An 8-0 start this season ties the record for most regular-season wins in the program’s young history, and the first-year coach has the Roadrunners sitting in the AP Top 25 for the first time. Traylor would immediately give Texas Tech unimpeachable credibility on the recruiting trail and an exciting, young staff that now has experience getting the most out of a talented team. He should be at the top of Hocutt’s list.

Sonny Dykes, SMU coach: The name “Dykes” means a little extra in Lubbock. Sonny’s father, Spike Dykes, led the program for 14 seasons from 1986-1999. Sonny has built SMU into a conference championship contender in the American Athletic Conference, compiling a 24-6 record over the past three seasons and reaching 10 wins on the Hilltop for the first time since 1983. But while this job would be a step up in terms of prestige, it may not provide enough mutual allure for Dykes to leave his long-term build at SMU.

Graham Harrell, USC offensive coordinator: As a record-breaking quarterback, Harrell was a part of some of Texas Tech’s best years. He has since established himself as one of the top up-and-coming Air Raid coaches in the game. The Ennis, Texas, native led North Texas to back-to-back nine-win seasons as offensive coordinator before taking over the same position at USC and developing QB Kedon Slovis into a potential NFL draft pick. If Texas Tech wants to veer its way back into the Air Raid, Harrell should be a leading option.

Kendal Briles, Arkansas offensive coordinator: Kendal won’t be the only Briles whose name is bandied about for the signature job in West Texas. However, he is a far more likely choice than his father, Art, after building a reputation of his own at Houston, Florida State and now Arkansas. The Razorbacks have made a marked improvement with Briles and head coach Sam Pittman leading the way. His family has deep ties in West Texas.

Jeff Lebby, Ole Miss offensive coordinator: Lebby, Art Briles’ son-in-law and a native Texan, earned acclaim for his work at UCF before blowing up at Ole Miss. As OC and quarterbacks coach, Lebby has built the Rebels into one of the nation’s top offenses and put QB Matt Corral in contention for the Heisman Trophy. His work with quarterbacks stands apart.

Jay Norvell, Nevada coach: Norvell struggled during his lone season coaching in the Lone Star State under Charlie Strong at Texas, but he has more than redeemed himself by transforming the Wolf Pack into a winner. Nevada runs a pure Air Raid system behind potential NFL first-rounder Carson Strong and offensive coordinator Matt Mumme, son of Air Raid creator Hal Mumme. While he doesn’t have ties to Texas Tech, his program is as Air Raid as it gets.

Billy Napier, Louisiana coach: Napier has been picky about his jobs, even turning down opportunities at SEC programs to bide his time. Still, Texas Tech would be wise to at least reach out to Napier and gauge his interest. Napier has coached under both Nick Saban and Dabo Swinney and built Louisiana into a consistent winner. Napier is responsible for the lone 10-win seasons in program history and is well on his way to reaching the mark again in 2021. Eventually, Napier will pick his spot. The worst Hocutt can do is make him say no.

Joey McGuire, Baylor assistant head coach: The case for McGuire is similar to Traylor. A legendary high school coach at Cedar Hill, McGuire was instrumental in Matt Rhule’s rebuild of the Baylor program both on the recruiting trail and in establishing a culture. Keeping McGuire was a top priority when Dave Aranda took over the program, and the Bears are now 6-1 and back in the AP Top 25. McGuire has deep ties in Texas — especially in the I-20 corridor of DFW, one of the most talent-rich regions of the country.

Sonny Cumbie, Texas Tech interim coach: Cumbie, a former Texas Tech quarterback, will likely be considered for the permanent job if he can lead the program to a strong finish with four ranked opponents remaining on the schedule. The West Texas native was Kingsbury’s first offensive coordinator at Texas Tech in 2013 before becoming TCU’s co-OC in the height of the Horned Frogs’ success in the Big 12. However, Cumbie failed to recreate that magic as the sole OC from 2017-2020 and the Frogs’ offense fell off dramatically. Cumbie then took the OC job at Texas Tech under Wells and still has plenty of fans in the building.

Eric Morris, UIW coach: One of the top Air Raid minds in college football is a former Texas Tech receiver and served as offensive coordinator under Kingsbury. Now, Morris is coaching at Incarnate Word, a tiny FCS school in San Antonio. Morris has done tremendous work since taking over the program in 2018, leading the Cardinals to a 19-16 record and 16-10 mark in Southland Conference play. UIW at 5-1 with a top-10 offense thanks in large part to QB Cameron Ward, who won the Jerry Rice Award in 2020 as the nation’s top FCS freshman. Jumping from UIW might be too far a leap, but Morris knows Texas Tech and knows offense.