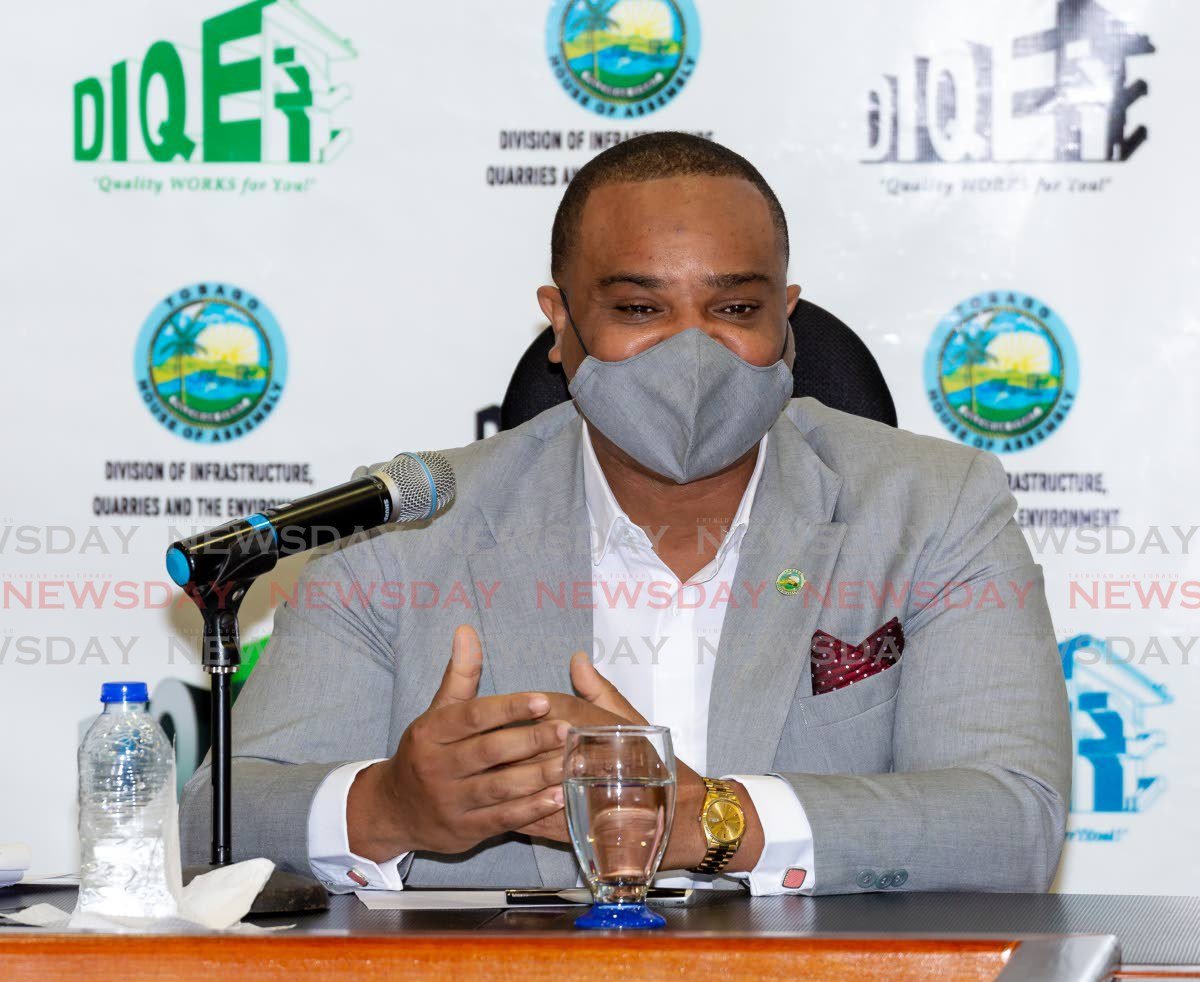 The Tobago House of Assembly has secured a loan of US$15 million, through the Division of Infrastructure, Quarries and the Environment’s coastal zone management unit, for three critical coastal projects on the island.

At a news conference on Monday at the division’s conference room in Shaw Park, secretary of the division Kwesi Des Vignes made the disclosure. He said the coastal zone management unit was formulated in 2017 to, among other things, deal with the crisis of coastal erosion and the effects of rising sea levels.

Des Vignes said the division has been working to ensure that coastal erosion is dealt with, using all the technical resources available but not in an ad hoc manner.

“We’ve been trying to utilise green approaches as well. We would have seen tree planting and we would have tried to utilise, as much as possible, interventions that would ensure that people would continue to benefit and that we don’t cause long-term degradation.”

He said after looking at the blue economy situation in Tobago, the reality of coastal erosion and the fact that something must be done, the US$15 million was secured from the Latin American Bank – CAF.

The process was tedious, he said, but the bank had been gracious.

The money is primarily for the Little Tobago jetty, Grange Bay and to arrest the coastal erosion at Milford Bay, Pigeon Point.

In a press release a week ago, the THA Division of Food Production, Forestry and Fisheries said the jetty at Little Tobago was unsafe and visitors to the island were advised not to use it.

Asked for an update, Des Vignes said through the coastal zone management unit the division would develop new facilities.

“We do have a plan under the CAF funding to reconstruct the Little Tobago jetty…of course, mindful of the fact that there is a sensitive marine ecosystem just adjacent to that jetty. We have been doing the work.”

Asked if the jetty would remain closed until a new jetty had been built, he said: “I don’t want to say that definitively. What we have committed to doing is, of course, meeting with the people from the Division of Tourism and, of course, the residents to see what options are available. If the jetty is unsafe, then it is unsafe…then I don’t know that we would encourage persons to go on to that jetty at this point in time.

“If there are other means that we can look at for accessing Little Tobago, then that might be what we have to look at as well.”

Coastal engineer at the division Richard Hinds said the unit did an inventory of the coastal situation, noting that it was important for its work to be driven by scientific data. He pointed specifically at the Milford Bay, Pigeon Point which, he said, is the project that has made the most progress so far.

“We would have started some preliminary work with a coastal engineering consultant, Smith Warner International, and it has allowed us to reach a milestone of almost having an inception report. That essentially means that they would have looked at the area and made an assessment of the challenges in keeping with climate-change challenges, erosion, the challenges of coastal flooding experienced at times, and they have identified some measures that we can undertake.

“But it is only preliminary. What they also have to do in the very near future is come in with their instruments, collect data.”

The goal of the project in Pigeon Point is to have a complete engineering design, Des Vignes said.

There is a timeline, and an application for a certificate of environmental clearance for Pigeon Point must be submitted to the Environmental Management Authority, he said, adding that it would likely be an environmental impact assessment.