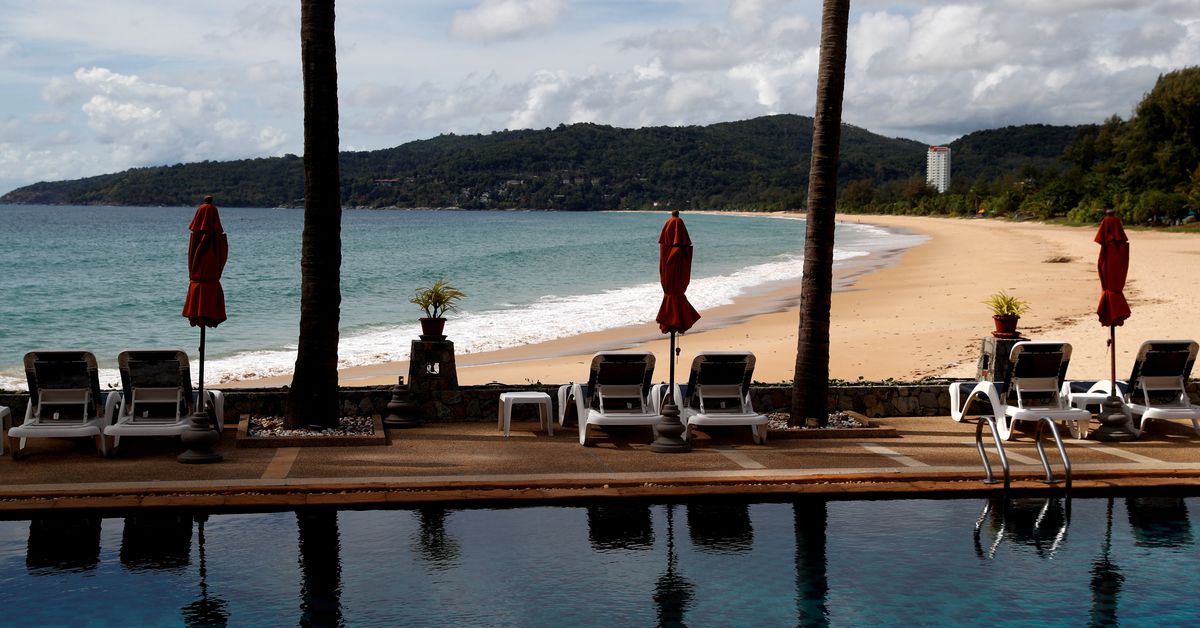 An empty hotel and beach which have opened for visitors is seen in Karon, Phuket Island, Thailand March 31, 2021. REUTERS/Jorge Silva

BENGALURU, May 13 (Reuters) – Thailand’s economy likely grew modestly in the first quarter, thanks to robust exports and an easing of COVID-19 restrictions and despite low tourist arrivals and high inflation dampening consumer spending, a Reuters poll found.

Southeast Asia’s second-largest economy is estimated to have expanded 2.1% in the January-March period compared with the same period a year earlier, according to a May 6-13 poll of 15 economists. It showed annual growth of 1.9% in the previous quarter.

“Tourism recovery and strong exports will be the main driving factors for the Thai economy in 1Q22,” she said.

First-quarter gross domestic product (GDP) was estimated to have been 0.9% higher than in the previous quarter, according to a smaller sample of forecasts. That would be half of the quarterly growth of 1.8% in the fourth quarter of 2021.

Estimates of the latest quarterly change ranged from a 0.8% contraction to 1.7% growth, highlighting the uncertainties surrounding the recovery of the economy from the pandemic.

“A deceleration of GDP growth is expected due to impacts from the Russia-Ukraine conflict, a decline in consumer confidence with soaring inflation and a decline in household non-energy spending” said Phacharaphot Nuntramas, chief economist at Krung Thai Bank.

Inflation has remained above the Bank of Thailand’s upper limit of 3% so far this year and is expected to remain there until the end of the year, according to a separate Reuters poll.

The tourism-reliant economy is on track to receive just 6.1 million foreign visitors this year, falling short of an earlier projection of 7 million because of China’s travel restrictions and curtailment of Russian visits due to the war in Ukraine. read more

In 2019, before the coronavirus pandemic, Thailand received nearly 40 million visitors.

GDP for all of 2022 is expected to be 3.5% higher than a year earlier, according to another Reuters poll, in line with recently trimmed government projections and the IMF.