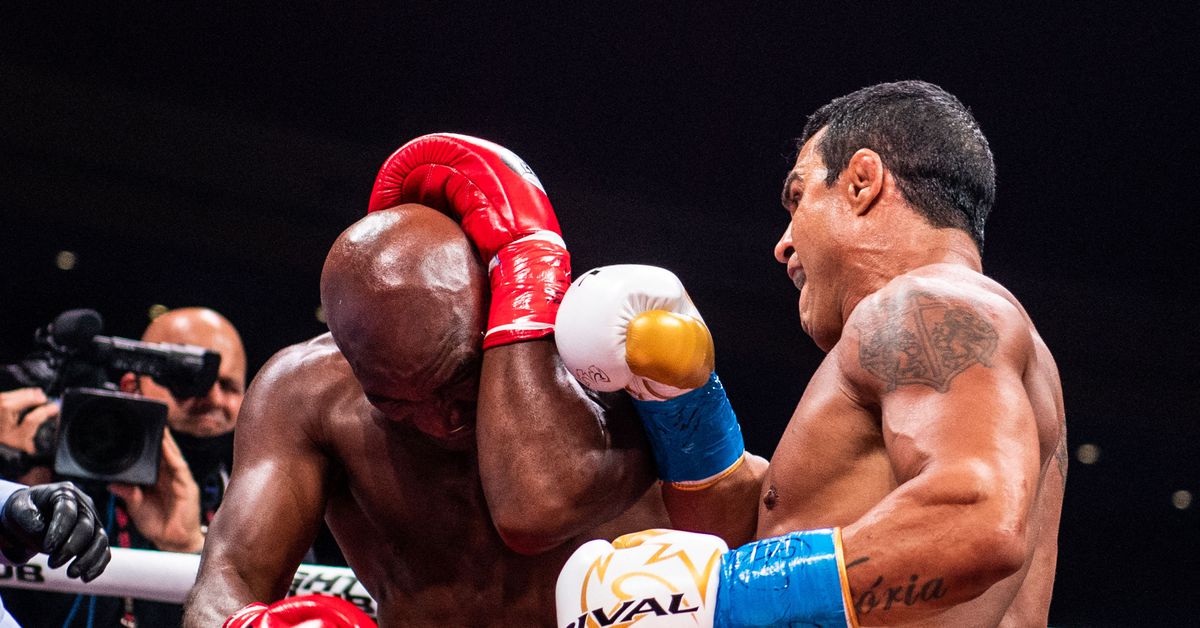 Evander Holyfield returned to the boxing ring at 58-years-old, sparking a lot of concern and controversy from many. He faced former UFC champion Vitor Belfort, who is also past his prime, but still a lot younger at 44-years-old.

Holyfield looked in great shape for his age, but he truly didn’t belong in the ring. He looked slow, was hurt multiple times and was stumbling around the ring early. Belfort scored a knockdown, and pounced after. Moments later, the referee stopped the contest. Holyfield protested the stoppage, but it was the right call as he wasn’t really throwing back and the official prevented him from suffering any more unnecessary damage.

Watch highlights from the fight, along with a snippet from our play-by-play of the contest.

Evander Holyfield vs. Vitor Belfort – Round 1

For better or worse, here we go. A lot of pawing and feeling out. Slow three-punch combo by the 58-year-old Holyfield. Left hand by Vitor hurts Evander. Uppercut by Belfort. This is bad. Right hook and then Holyfield slips almost through the ropes after Vitor misses with a left. And now Holyfield does go down via a left hand from Belfort. This is awful. Vitor going for the finish. It’s over. Ref stops it standing. Holyfield complains but my god you’re 58 and you were hurt.

Absolutely fucking disgusting that this was allowed to happen.

Vitor Belfort def. Evander Holyfield by TKO at 1:49 of round 1