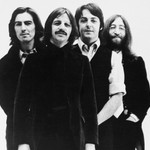 In addition to the studio songwriting process, the docuseries will show how The Beatles conceived and pulled off their last public performance, which took place Jan. 30, 1969, on the rooftop of their Apple Corps headquarters.

The Beatles: Get Back is a collaboration between The Beatles and Jackson presented by The Walt Disney Studios in association with Apple Corps Ltd. and WingNut Films Productions Ltd., The docuseries is produced by Paul McCartney, Ringo Starr, Yoko Ono Lennon, Olivia Harrison and Jackson, among others.

The Beatles: Get Back rolls out over three days beginning Nov. 25, exclusively on Disney+.

Watch the trailer for the docuseries below.