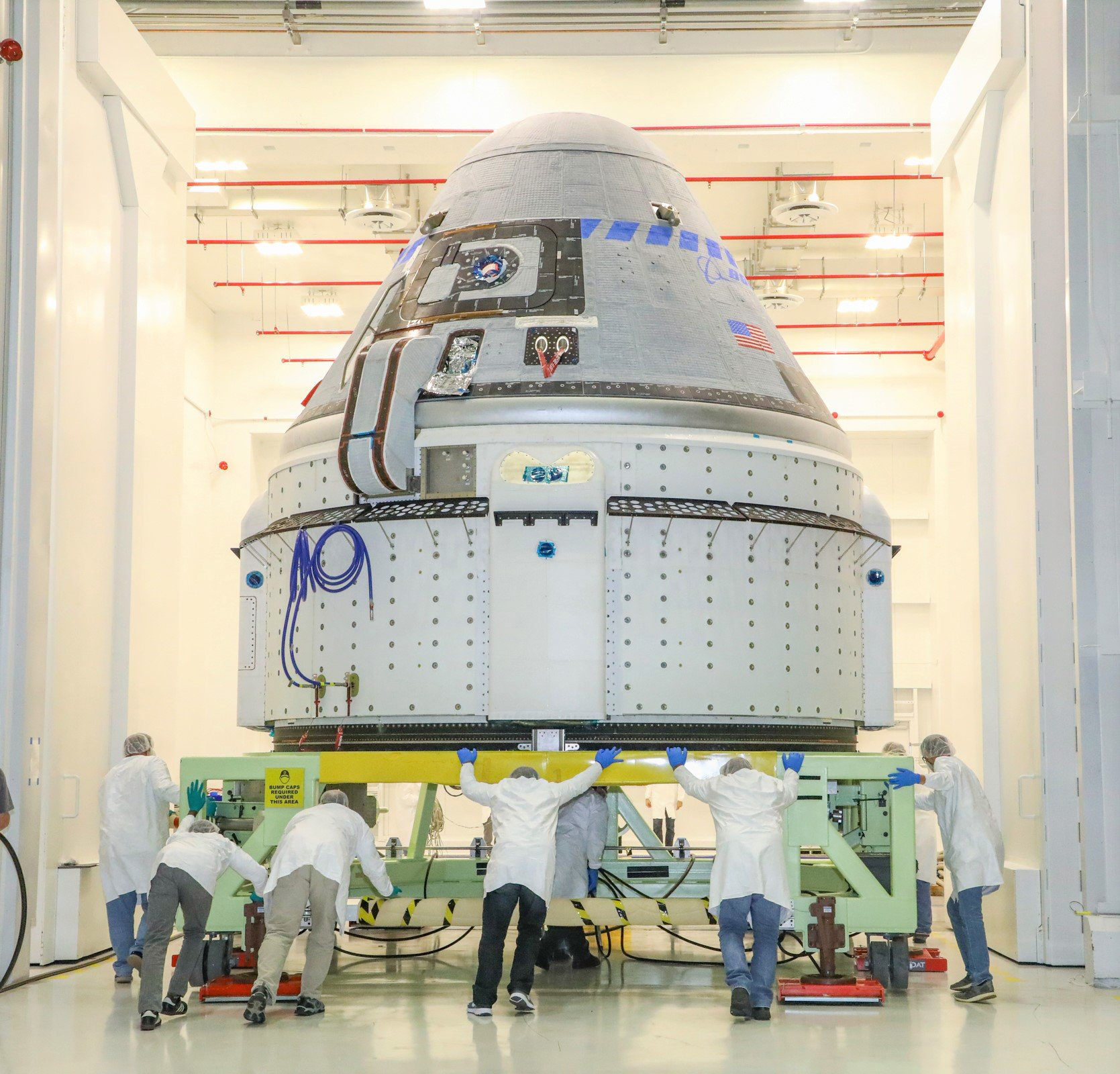 The Boeing Company is an American aerospace company that makes rockets, airplanes, satellites, missiles and other high-tech products. Since 2011, they have been involved in NASA’s Commercial Crew Program (CCP) to provide a new vehicle that can ferry astronauts into space.

Boeing was founded in 1916 by William Edward Boeing in Seattle, Washington, according to an informational video on the company’s website. Boeing, who had made a fortune selling lumber, joined with engineer George Conrad Westervelt to build a new type of seaplane called the Boeing Model 1.

From planes to rockets

Over the years, the company grew and produced airplanes for both military and commercial applications. During the 1960s Apollo program, Boeing worked with McDonnell Douglas and North American Aviation to build NASA’s Saturn V rocket that took astronauts to the moon, according to the company.

Boeing was also involved in the Space Shuttle program. The company famously manufactured a modified Boeing 747 that the orbiting shuttle vehicle would piggyback atop during tests and travel, according to Boeing.

In 2006, Boeing created a joint venture with the private spaceflight company Lockheed Martin called United Launch Alliance (ULA) to provide rockets for both NASA and the U.S. Department of Defense. ULA has some of the largest launch vehicles around, which ferry supplies to the International Space Station (ISS) and are also used to propel probes to other planets in the solar system.

As the Space Shuttle program wound down in 2011, NASA was looking for alternatives that could bring its crews into space. That year, the agency awarded four private companies — Blue Origin, Sierra Nevada, SpaceX and Boeing — contracts to stimulate the development of new vehicles capable of travelling to the ISS, with Boeing receiving the highest funding at the time with $92.3 million.

Boeing had already been working on its Crew Space Transportation-100 (CST-100) spacecraft, a capsule that could fly on various rocket boosters including SpaceX and ULA’s. The award allowed the company to continue to develop and mature the vehicle.

In 2014, NASA selected both SpaceX and Boeing as partners in its Commercial Crew Program. SpaceX has used its Crew Dragon spacecraft to ferry astronauts, while Boeing is continuing to work on its vehicle, now called the CST-100 Starliner.

Starliner is a gumdrop-shaped capsule measuring 14.8 feet (4.5 meters) across at its widest point. It is designed to carry up to seven passengers, or a mix of cargo and crew, to low Earth orbit, according to Boeing. As of May 2020, NASA has given Boeing about $4.8 billion to develop Starliner.

According to a report from the U.S. Office of the Inspector General, NASA will pay around $90 million per seat for each crewmember on Starliner, compared to just $55 million per seat for Dragon, though Boeing has stated that they “strongly disagree” with the report’s conclusions regarding pricing.

Boeing began its much-anticipated testing of Starliner in space in 2019, during a mission that was supposed to last eight days and feature an automated rendezvous with the ISS. An error with Starliner’s onboard timing system prevented this plan from being enacted, and the capsule ended up circling the Earth on its own for 48 hours and then landing at White Sands Missile Range in New Mexico.

Boeing’s Starliner has since suffered repeated delays due to issues with the vehicle’s valves and as of late 2021, it is unclear when the capsule may carry astronauts.

Adam Mann is a journalist specializing in astronomy and physics stories. His work has appeared in the Wall Street Journal, Wired, Nature, Science, New Scientist, and many other places. He lives in Oakland, California, where he enjoys riding his bike. Follow him on Twitter @adamspacemann.