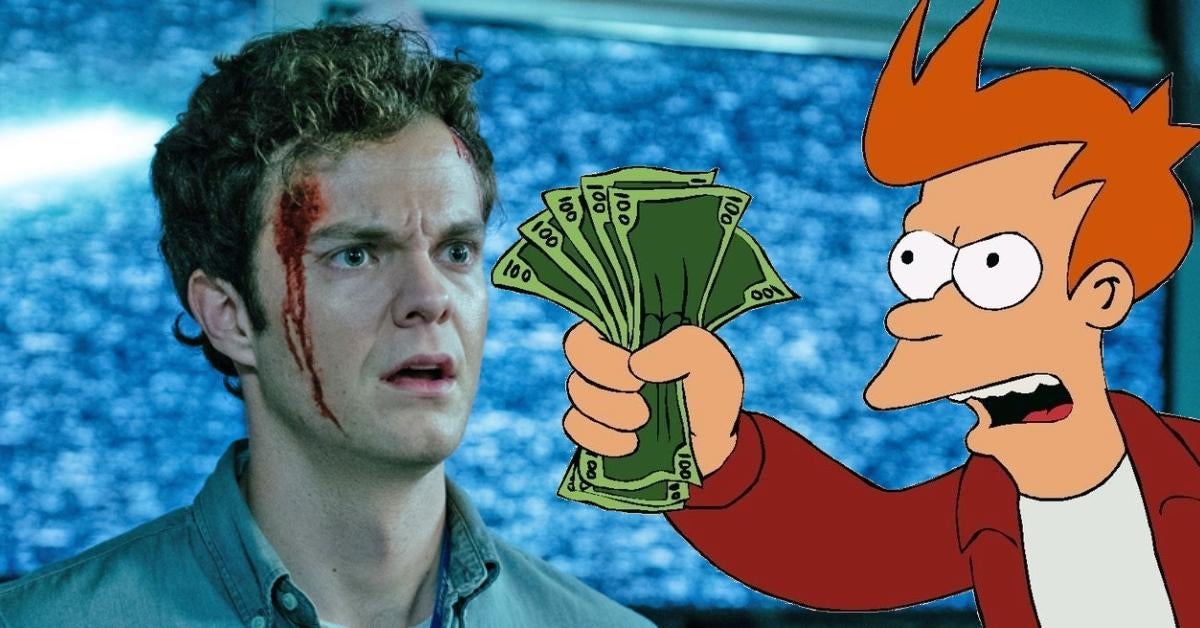 The Boys and Scream star Jack Quaid has recreated an iconic Futurama meme for Halloween this year! Although the series had ended its run several years ago, one of the ways Futurama has managed to live on far beyond its original run is through several of its jokes that have taken on a whole new live thanks to memes shared amongst fans online. Living far beyond the original context of the episode, one that definitely continues to stand out is Fry yelling “Shut up and take my money!” from the sixth season of the animated sitcom.

That joke has gotten so big, in fact, that now it’s getting a whole new and cool kind of tribute from The Boys, Scream, and many more things star Jack Quaid. Taking on the iconic Futurama “Shut up and take my money!” meme, Quaid shared with fans on Twitter that his Halloween costume this year is a pitch-perfect recreation of Fry yelling and shoving money in someone’s face. Now it’s gotten fans asking for a live-action Futurama! You can check it out below:

🚀SHUT UP AND TAKE MY MONEY! #futurama #HappyHalloween2021 pic.twitter.com/osokgZcqxh

Quaid himself knows full well about Horror and the spooky Halloween season as he’s part of the cast for the newest entry in the Scream franchise, Scream. The fifth film in the franchise, Scream is likely seeking to shake up the entire formula for a whole new generation of audiences. But it’s also being treated like a fifth entry in the franchise in everything but its name. Executive producer Kevin Williamson (who also wrote the original) explained the new film’s title, “Well, it was always Scream 5 because it’s the fifth one,” Williamson explained. “So I think we just threw that name out, but I don’t think they ever seriously were going to call it a Scream 5. I don’t think anybody wanted to see the number five after something. You’d have to ask them – Paramount or whoever, but I think taking the 5 off and calling it Scream [works] because it’s brand new.”

As for The Boys, Season 3 of the series has yet to set a release date but filming is underway as of this writing. But what do you think? How do you like Jack Quaid’s take on this famous Futurama meme? Would he make for a great version of Fry? Let us know all of your thoughts about it in the comments!