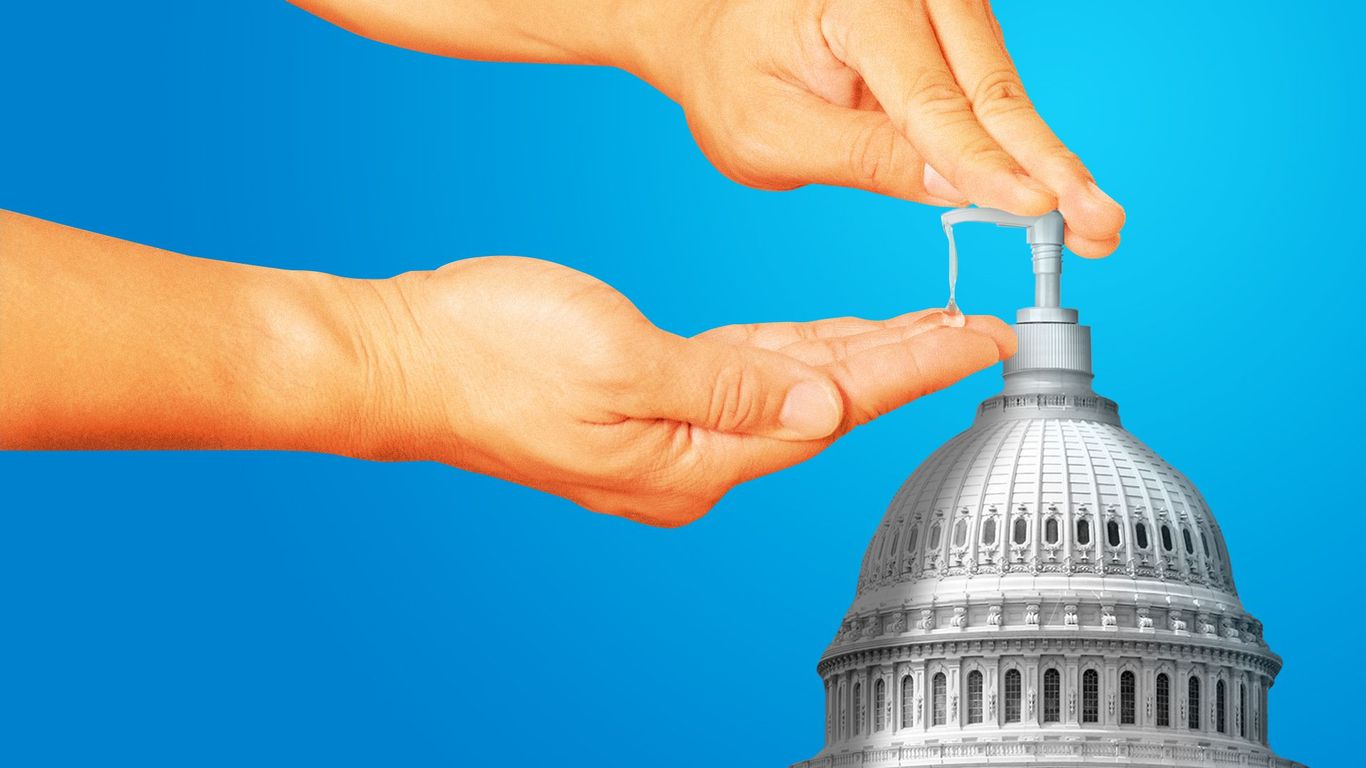 Congress, staffers and reporters are wearing masks again as Capitol Hill faces a new wave of the coronavirus despite widespread vaccinations.

Why it matters: The Delta variant is surging, and Congress is a potential petri dish for the new variant. House and Senate leaders are weighing whether to reintroduce coronavirus protocols to the Capitol. While most lawmakers have been vaccinated, they fit high-risk profiles and work in close quarters.

Driving the news: Shortly after Axios scooped that a White House official and a staff member for House Speaker Nancy Pelosi (D-Calif.) both tested positive for the virus, the phones for Axios reporters blew up with congressional aides saying the problem is even more widespread on the Hill.

The latest: Many people on the Hill — particularly those with family members and children too young to get vaccinated — have taken matters into their own hands.

The good news: Those who are fully vaccinated and testing positive for the virus are overwhelmingly experiencing only mild symptoms, if any at all.

The bad news: It’s still unclear how successful the vaccine is in guarding against transmission, particularly the Delta variant.

Many vaccinated Hill aides told Axios they haven’t been getting tested, even if they do experience mild symptoms, because they’ve assumed it’s just a cold.

What to watch: Major conservative voices have spoken out in the last 24 hours emphasizing the importance of vaccines following the Delta variant surge.