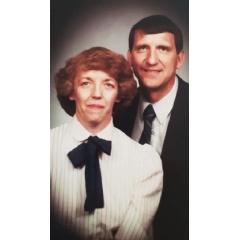 When his American Air Force fighter was shot down in Vietnam and Captain Oley was captured by the enemy, he thought his life was over. However, he was able to successfully escape the jail camp because of his inventiveness. He is expected to receive the Congressional Medal of Honor for saving the lives of his fellow POWs.

But when he initially awoke, he had no idea of who he was or where he came from. He has no memory of specifics from his past. Only these strange green pellets that mysteriously change into gasoline were left for him.

He was forced to leave his house, but others were attracted by his magical pellets, which led them to wonder how he came by them. Who is this man? What function do these serve in Captain Oley’s exploration of the past? The answers to these questions will help solve another mystery involving a vast cover-up.

Join Captain Oley on his adventures as he uses these enchanted green pellets to set out on a mysterious quest to find the answers to his questions.

The novel “I Wish I Had Those Gasoline Pellets,” written by up-and-coming author Carl Kegerreis, is expected to pique readers’ interest in being a part of the life of his main character and the adventures depicted in the narrative.

In 1939, Carl Kegerreis was born in Indiana. In addition to living in Hudson, Monroe, Leesburg, Union City, and Knightstown, Indiana, his father was a United Methodist minister. He received Red Cross instruction in swimming, diving, and lifesaving, and worked as a lifeguard in high school and college at the Union City, Knightstown, and Greenfield pools.

He went to North Manchester College and Ball State University, and in his junior year of college, the American military selected him. Army. As a Security Sgt., he was in charge of the ongoing training at the Indiana and Ohio Missile bases and trained army Sentry Dogs.

After 33 years of service with the CSX Transportation Railroad Police Department, he retired. He held the positions of lieutenant, captain, division chief, and president of the railroad police associations in Pennsylvania, Indiana, and Ohio.

He has been blessed with 3 children and 5 grandchildren during his 58 years of marriage to Sandy, his wife. He’s from Ohio.

Alzheimer’s illness claimed the life of Carl Kegerreis’ wife Sandy after 58 years and 3 months of marriage. The author requests that readers continue to support Alzheimer’s research through donations.

Those who would like to donate in memory of a loved one may send their donations to Alzheimer’s Disease Research, 22512 Gateway Center Drive, Clarksburg, MD, 20871