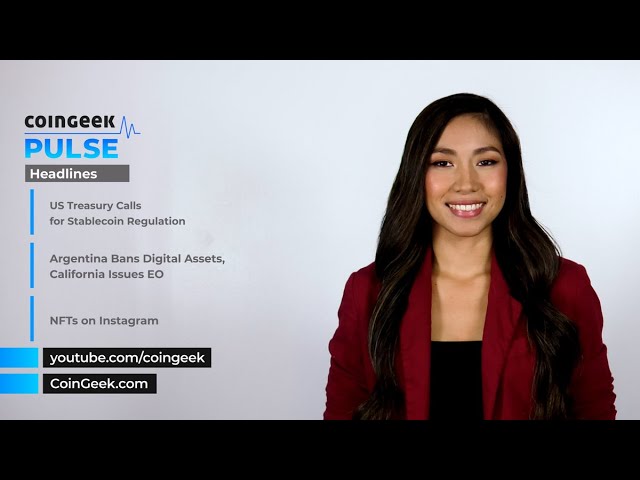 This is just one of the many pleas of digital asset holders after TerraUSD (UST) stablecoin collapsed this week, prompting U.S. Treasury Secretary Janet Yellen to renew calls for stablecoin regulation.

UST, a stablecoin pegged to the U.S. dollar, along with its sister token Luna, plunged to its lowest value—dropping as low as below $0.30 and losing about $40 billion of its market cap in 48 hours. This is one of the biggest disappointments in the industry’s history prompting investors to sell and regulators to push for regulations targeting stablecoins.

At the Senate Banking Committee hearing on Tuesday, Secretary Yellen reiterated calls for the U.S. Congress to pass legislation to create a consistent federal regulatory framework for stablecoins. According to the Secretary, existing laws don’t provide comprehensive standards for these new assets. She added, “I think that simply illustrates that this is a rapidly growing product and that there are risks to financial stability.” In November last year, a Treasury-led panel recommended to Congress to regulate stablecoins like banks.

Still in the U.S., California Governor Gavin Newsom issued an executive order on digital assets aligned with the Biden administration proposal. As states embraces blockchain technology, the governor has called on his state to examine the use of blockchain solutions in its operations. The executive order highlights a road map for a regulatory initiative and consumer protection. The executive order is also designed to balance the benefits and risks to consumers, and to incorporate California values, such as equity, inclusivity, and environmental protection.

According to the central bank’s statement, the ban aims to mitigate the risks involved in transactions of digital assets including high volatility, cyberattacks and money laundering. It notes that financial institutions should focus on “financing investment, production and consumption of goods and services.”

NFTs are now coming to Instagram as Meta announced support for the latest digital trend. Mark Zuckerberg has announced that they will begin NFT integration test on the social media platform this week. The platform aims to encourage creators and collectors to express their art and display their NFTs on their profile. The test will start with a small group of creators and collectors in the U.S., who will be able to upload NFTs on Instagram. Zuckerberg also announced that similar features will soon be rolled out on Facebook in the future.

Before you go, check out Kurt Wuckert Jr.’s special coverage of the BTC 2022 Conference in Miami. Plus, Charles Miller sits down with Ayre Group and CoinGeek founder Calvin Ayre on the latest episode of the CoinGeek Conversations. Watch the full videos on the CoinGeek YouTube channel.

Why blockchain technology is important for governance—and why it matters
CoinGeek Word Bounty of the week: FORKING