The cycles of election denialism must end 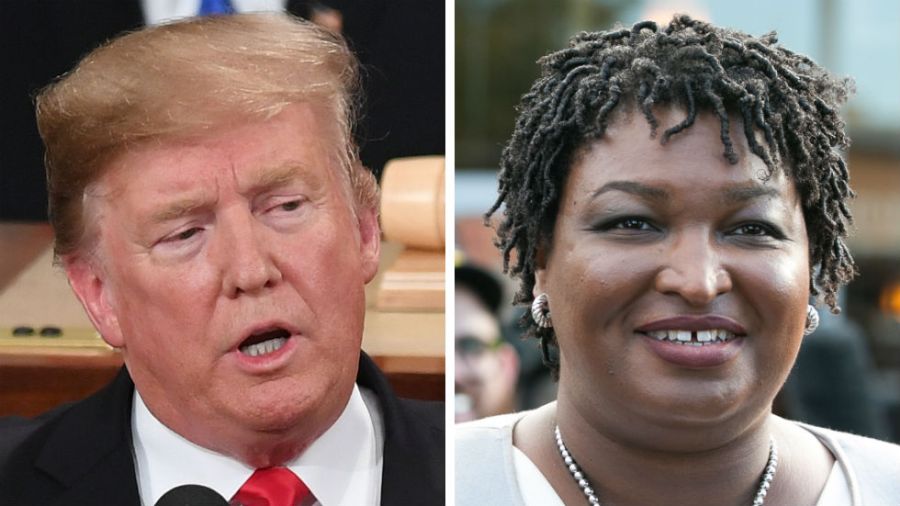 America celebrates its diversity, and so it’s natural that our leaders would reflect a diversity of opinion and vigorously debate the most important questions in our democracy. How many immigrants should we settle? What role should the government play in health care? What is America’s rightful role in the world? The list goes on. But for the past few years, one “debate” in particular has degenerated into a morass of lies, accusations and confusion. I’m talking about the questions of whether America’s elections are legitimate. That crosses a red line.

Many will presume I’m referring to former President Trump, whose repeated rejections of the 2020 presidential election results, and calls to overturn them represent a new and dangerous standard. But we should be clear that if Trump is alone in the relentlessness of his election denial, he is hardly the only major American political figure in recent years to reject the results of an election and refuse to concede.

None other than Stacey Abrams, the progressive champion who narrowly lost the 2018 Georgia gubernatorial campaign and is running again in in 2022, refused to recognize Republican Gov. Brian Kemp’s victory that year, and never conceded. She parses a difference, claiming that her complaint is about ballot access, not fraud. But if Trump’s behavior is simply the most extreme and well-publicized example of denialism, the underlying message is the same—namely that ordinary people should not hold faith in the outcome of any given contest. No matter who makes that sort of claim, we should hold it beyond the pale.

Some, of course, will argue that connecting Trump’s behavior to any broader pattern is “both-siderism”—in other words, that what Trump is doing is unique, and that what others have done for years to undermine the public’s faith in election results should be considered in a different light. But that’s misguided on two important accounts. First, it ignores the drumbeat of Democratic election denialism that happened in the wake of presidential elections in 2000, and 2004 and in other state and local races since. And second, by setting Trump’s behavior apart—by suggesting that only Republicans deny election results—it becomes that much harder to forge agreement on election integrity reforms that simply must be bipartisan.

At issue is a crucial imperative: Losing candidates from either party must accept reality when it cuts against their own political interest. That is the single biggest reason why America is the oldest continuous democracy in the world. In the 1960 election, Republican presidential nominee Richard Nixon could have pursued very credible claims that Democrats in Illinois committed electoral fraud to ensure John Kennedy won that state. After the 2000 election, Democratic presidential candidate Al Gore could have kept fighting to overturn the vote in Florida, where he trailed by just 537 votes. But Nixon and Gore both conceded because they thought America’s legacy of seamless and peaceful transfers of power was more important than their own personal or political interest.

But even though Gore conceded in 2000, many leading Democrats continued to say the election was “stolen.” When counting Florida’s electoral votes that year, 15 House Democrats objected. And something similar happened in 2004 and 2016. You needn’t search hard to find Democrats making some of the same claims about recent elections that Trump has made about 2020—using words like “stolen” and “illegitimate” and demanding new and additional investigations.

But things are getting out of hand. Nearly 200 sitting public officials have expressed doubts about 2020. And now a range of candidates running in the 2022 election, the overwhelming number Trump supporters, are already signaling that they will not accept as legitimate any election tally in which they do not prevail. That is, even before ballots have been cast, they claim they won’t accept any result save for their own victory. That’s truly dangerous. And it’s fundamentally different than any question of whether the federal budget should be bigger or smaller, or whether we should accept more or fewer immigrants. It signals that the most basic element of American democracy—the franchise—is becoming a political football in very dangerous ways.

This week, the U.S. House passed a bill that could go a long way to prevent a recurrence of the horror of Jan. 6, 2021, as it featured critical reforms to the poorly written and possibly unconstitutional Electoral Act of 1887. Sens. Susan Collins (R-Maine) and Joe Manchin (D-W.Va.) appear close to possibly passing a similar package in the Senate. Getting these proposals written into law now is essential. But it will take more than that. Every candidate for every office should commit to accepting the result within the bounds of the law. That is, even if they disagree with a court’s decision, they must accept it regardless of the outcome. Absent that, our democracy simply cannot survive.

Margaret White is executive director of No Labels.

Lawmaker accused of ‘shooting his shot’ over tweet supporting actress Nia Long
For the Inflation Reduction Act to work, the US needs permitting reform