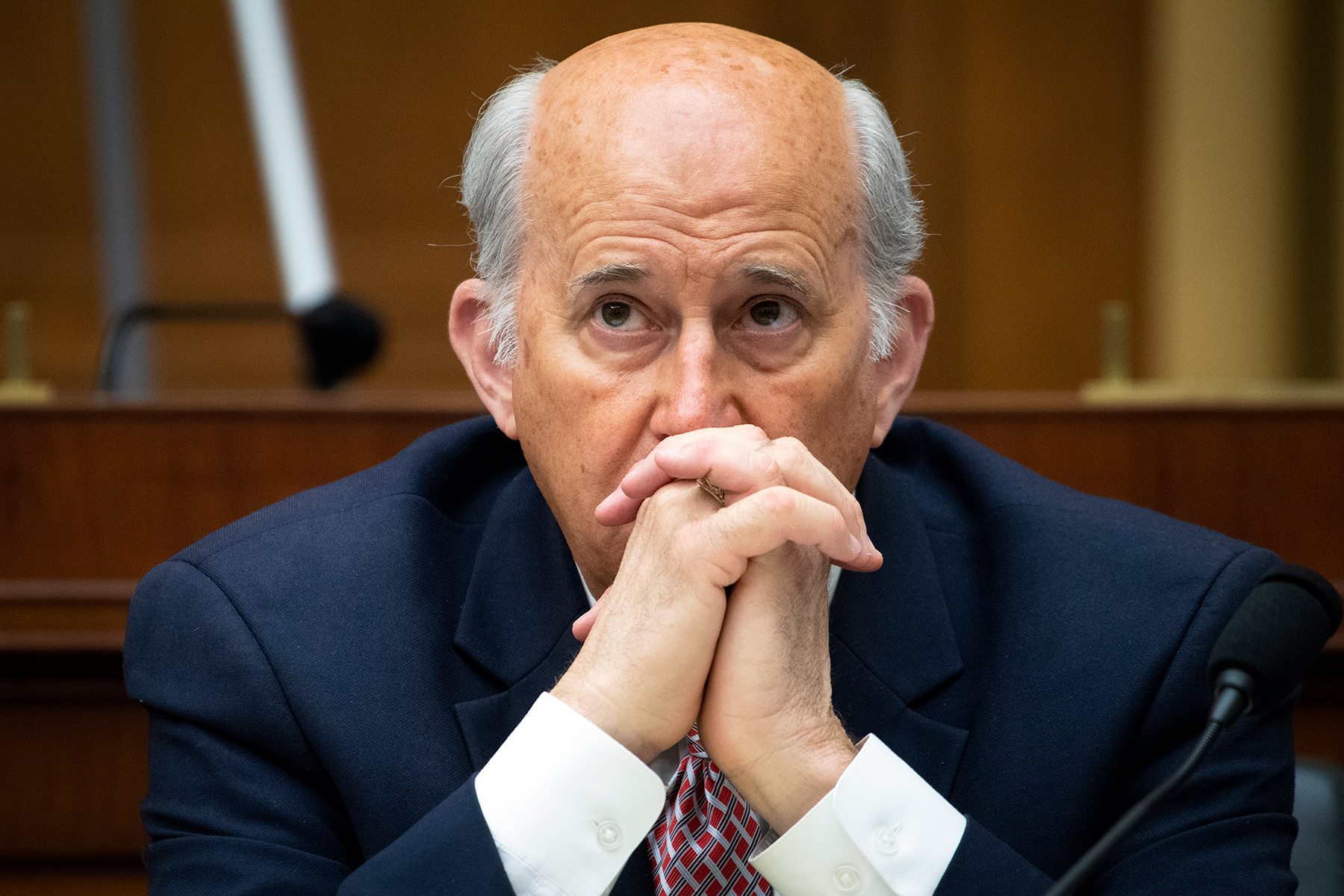 Rep. Louie Gohmert (R-TX), who admitted recently that some consider him “the dumbest guy in Congress,” appears intent on proving those people right. On Tuesday, the Republican congressman asked a representative of the U.S. Forest Service, tasked with managing America’s national forests and grasslands, if the agency might consider branching out, so to speak.

“I understand from what’s been testified to, the Forest Service and the [Bureau of Land Management], you want very much to work on the issue of climate change. I was informed by the past director of NASA that they’ve found the moon’s orbit is changing slightly and so is the Earth’s orbit around the sun. We know there’s been significant solar flare activity, and so — is there anything that the National Forest Service or BLM can do to change the course of the moon’s orbit, or the Earth’s orbit around the sun?” Gohmert inquired. “Obviously that would have profound effects on our climate.”

It’s true that the moon is currently drifting away from Earth at rate of roughly 3.8 centimeters per year, a speed that has fluctuated for the last, oh, 4.5 billion years or so. And, though Gohmert didn’t say it outright, it’s also true that the speed of “lunar retreat,” as scientists call the phenomenon, has at times coincided with major changes to the Earth’s climate, like the melting of the glaciers. But changes to the Earth’s climate that cause fluctuations in the rate lunar retreat, rather than lunar retreat causing fluctuations in the Earth’s climate. Which is another way of saying: If the Forest Service’s efforts at combating climate change were so wildly successful that they managed to stop the melting of Earth’s glaciers in its tracks, those efforts could, theoretically, have an impact on the moon’s orbit, per Gohmert’s request.

But it was unclear what Gohmert hoped the Forest Service might be able to do, at this juncture, about the complicated gravitational dance the moon and Earth have been locked in for several million millennia. Still, Jennifer Eberlien, associate deputy chief for the National Forest System, did her best to humor Gohmert’s inquiry, very nearly keeping a straight face as she answered. “I would have to follow-up with you on that one, Mr. Gohmert,” Eberlien said.

Eberlien had been invited to testify before the House National Resources Committee about the Simplifying Outdoor Access for Recreation Act (SOAR Act) and the Ski Hill Resources for Economic Development Act (the SHRED Act), and to generally voice the agency’s “strong support” of the committee’s efforts to encourage the recreational use of federal lands, so one can understand why she might have been unprepared to field Gohmert’s query about the moon.

The Texas Republican, for what it’s worth, seemed open to waiting for an answer. “Yeah, well, if you figure out a way that you, in the Forest Service, can make that change, I’d like to know,” Gohmert said.