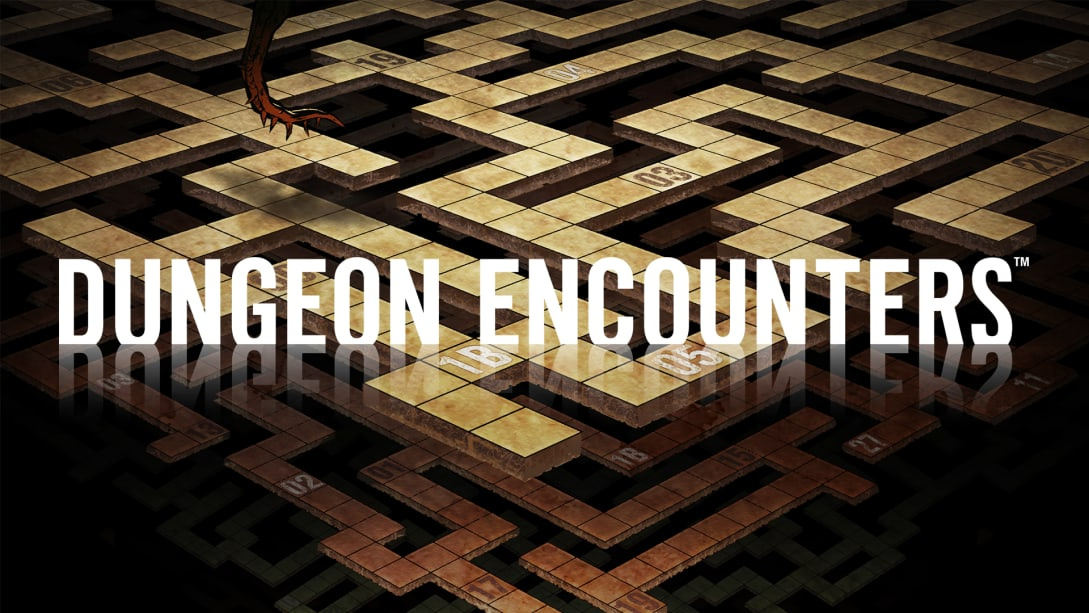 Dungeon Encounters was an interesting reveal during the Square Enix presentation from Tokyo Game Show; it’s a dungeon exploration RPG that’s opted for a minimalist aesthetic. It’s out today (14th October) on the Switch eShop with a 20% discount until 21st October.

The launch trailer above is rather fun for the shredding guitar solo, though as it’s not an overview of the game (something Square Enix hasn’t really produced beyond the previous ‘announce trailer’) some are still a bit baffled as to what it is.

Below is part of the official description, which may help a little – conceptually it’s pretty simple once you’re used to the grid-based approach.

By uncovering and visiting spaces with white numbers, you may obtain items, unlock and change abilities, restore your party to health, find hidden merchants, and much more.

Battle encounters, marked with black numbers, are hidden throughout the map. However, they can be revealed with a special ability, allowing you to choose when and where to engage your enemies.

Previously discovered events will be recorded in the Event Log, a valuable resource that allows you to reference past experiences to tackle future challenges.

Test your strategies in thrilling battles, featuring the Active Time Battle (ATB) system made famous by the FINAL FANTASY series.

Under the direction of Ito Hiroyuki, creator of the ATB system, battles play out in real-time, utilizing a polished and refined iteration of this classic design, which promises exciting, challenging combat.

The blank map awaits you, and by exploring and investigating every tile on each level, you will be awarded ability points. Navigate obstacles, including secret passages and hidden traps, and conquer the dungeon!

As a reminder, some of Square Enix’s most accomplished developers and creators have been involved in the project:

Let us know what you think, are you tempted to try this out on Switch?