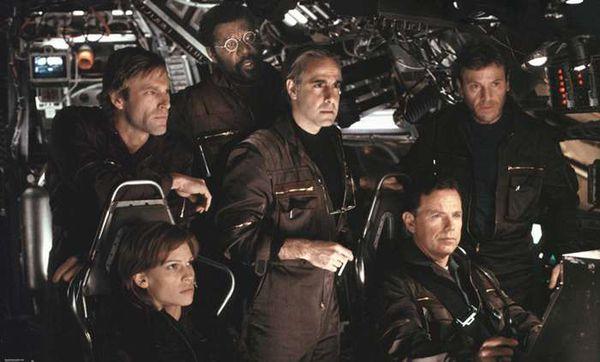 The unprecedented times just keep on coming. A new study published by researchers at China’s Peking University suggests the Earth’s core not only has stopped spinning, but it may already be beginning to spin in the opposite direction. In a real-life event ripped straight from the screenplay of Jon Amiel’s The Core, Peking’s SinoProbe Lab at School of Earth and Space Sciences has captured “surprising observations that indicate the inner core has nearly ceased its rotation in the recent decade and may be experiencing a turning-back in a multidecadal oscillation, with another turning point in the early 1970s.”

The study was published Monday in Nature Geoscience, a monthly peer-reviewed scientific journal. Fortunately enough for all of us, such an event poses no real threat to our livelihood’s.

“There are two major forces acting on the inner core,” researchers Yi Yang and Xiaodong Song said in a recent exchange with Vice. “One is the electromagnetic force. The Earth’s magnetic field is generated by fluid motion in the outer core. The magnetic field acting on the metallic inner core is expected to drive the inner core to rotate by electromagnetic coupling. The other is gravity force. The mantle and inner core are both highly heterogeneous, so the gravity between their structures tends to drag the inner core to the position of gravitational equilibrium, so called gravitational coupling.”

They added, “If the two forces are not balanced out, the inner core will accelerate or decelerate. Both the magnetic field and the Earth’s rotation have a strong periodicity of 60-70 years. We believe that the proposed 70-year oscillation of the inner core is driven by the electromagnetic and gravitational forces.”

That means somewhere along the line, the inner core just stopped spinning. The duo, in addition to countless other scientists, will continue to monitor the situation in an attempt “to build quantitative models of the physical mechanisms on the multi-decadal oscillation system.”

Whatever the case, no worries should be had as we won’t need to nuke the core to get it spinning again.

“We’d expect it to rotate westwards relative to the surface of the Earth in the coming years and decades,” Yang and Song concluded. “Seismic waves are still the best way and thus continuous operation of high-quality seismic networks is crucial in this regard.”