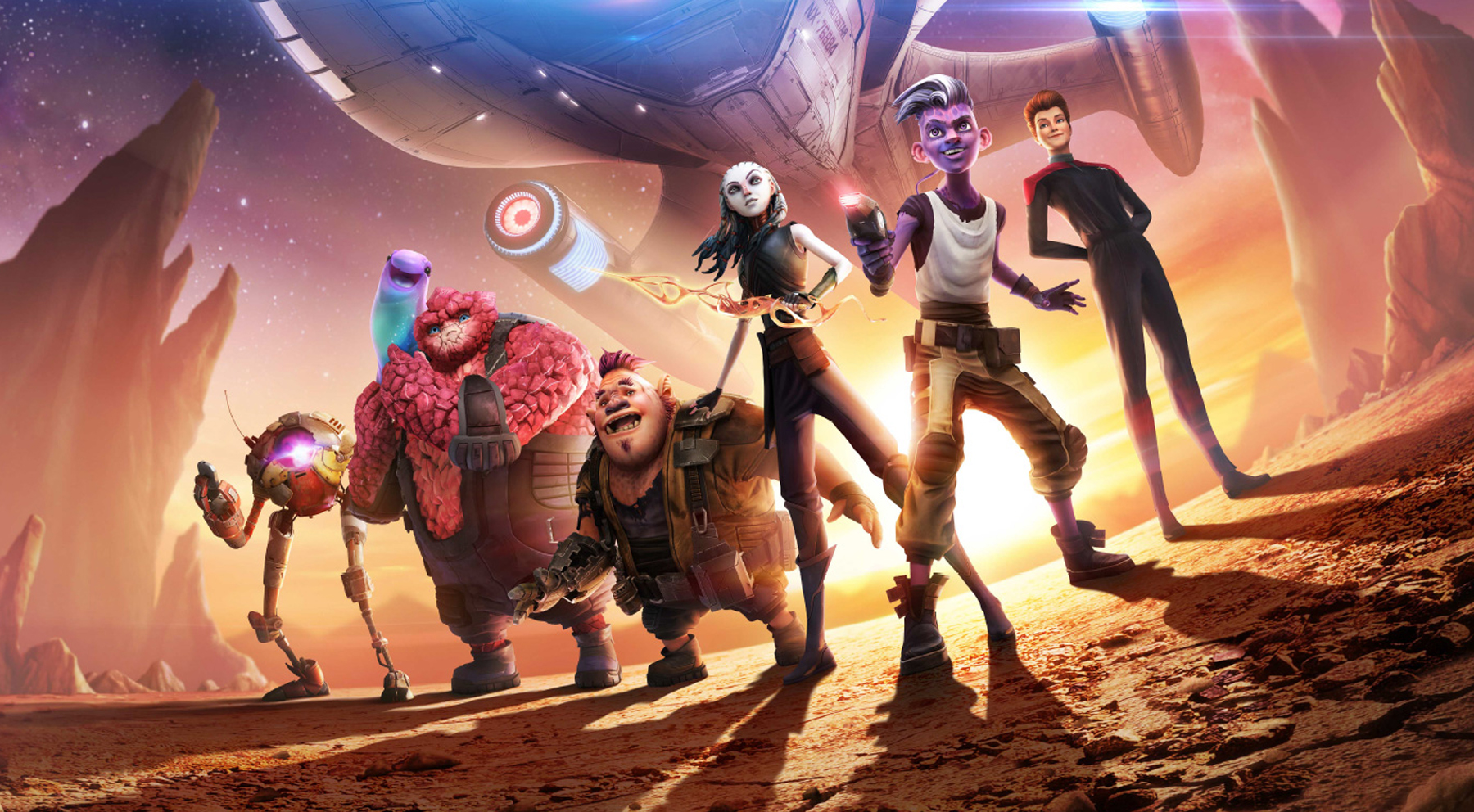 LOS ANGELES — Sci-fi fans beamed up a ton of sneak peeks of new “Star Trek” series coming from Paramount+ during the streaming service’s 2021 Star Trek Day event last night, but perhaps the most colorful is the first full trailer of the the animated kids show “Star Trek: Prodigy.”

The new show from Paramount+ and Nickelodeon will follow five kids who are incarcerated on an obscure planet in an uncharted part of the galaxy. They escape from their imprisonment and race across the planet to find a defunct experimental starship buried in the sand of the planet’s surface and they’ve never heard of Starfleet or the Federation.

Related: The best Star Trek gifts and deals for 2021

They enter the ship, but are unable to make it work. With prison guards hot on their heels, they suddenly stumble upon an Emergency Training Hologram in the form of Capt. Kathryn Janeway from the Voyager series (still voiced by Kate Mulgrew). It’s up to Janeway’s hologram to teach them how to navigate the cosmos, while they are pursued by The Diviner (John Noble) and Drednok (Jimmi Simpson) who want the ship for themselves.

The show will premiere on Oct.28 on Paramount+ in the US with a feature-length, one-hour episode. There’s no information yet on where this will be shown for international audiences.