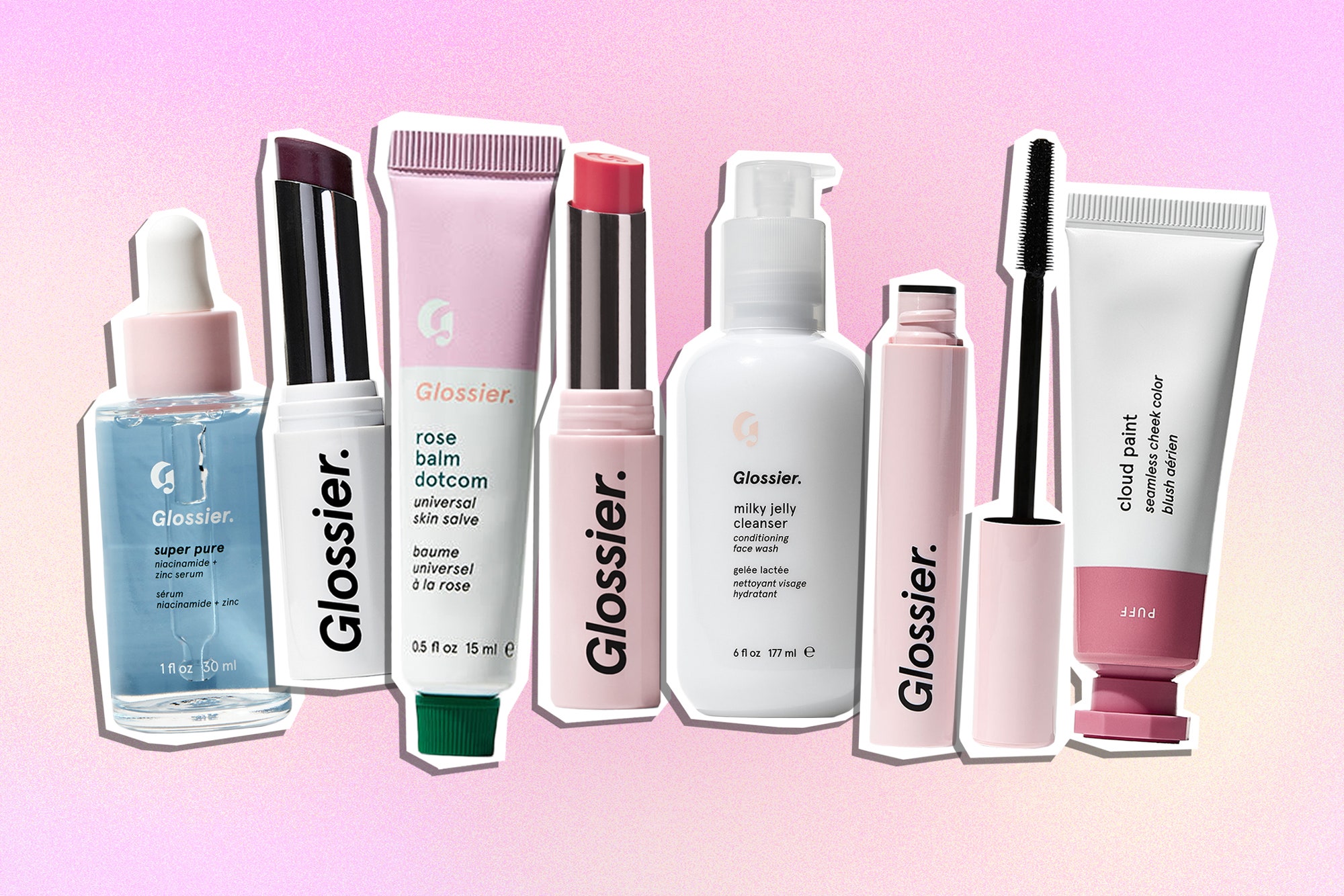 “Everyone around me—in many ages and many professions—is on Instagram at least three times a day,” Emily Weiss said in 2014, the year she launched Glossier on the platform in a then renegade move. She cast models by sliding into their DMs; a growing fan base posted a steady stream of bathroom selfies, faces aglow with the Perfecting Skin Tint and multipurpose Balm Dotcom from the original four-product drop. Nearly seven years later, the word prescient doesn’t quite seem sufficient. Today’s average Screen Time report proves that we’ve come a long way from “three times a day.” Glossier’s follower count has swelled to 2.7 million. The lineup of cult products runs the gamut from Boy Brow (early to the fluffy, tweezer-averse trend) to results-oriented serums. And, of course, Instagram is now the de facto engine for marketing just about anything—so direct-to-consumer it’s an instinctive finger tap away.

What hasn’t changed? “I’m a forever fan of Glossier, and I’m just as excited about the brand now as I was when they first launched,” says Euphoria makeup designer Donni Davy, who is among the 15 people—filmmakers, performers, editors, and more—who shared their go-to Glossier product picks for this story. The occasion is, in the obvious sense, a sale: Today at 7 a.m., the brand kicks off a 20% discount across the entire site, running until the Cinderella stroke at the end of Monday, June 14. But it’s just as much about replenishing the creative reserves as the literal ones. Readying yourself for the summer ahead can be a crowd-sourced mission, from a never-fail highlighter to the tinted lip balm that hits all the marks. As they say, read it and shop.

All products featured on Vanity Fair are independently selected by our editors. However, when you buy something through our retail links, we may earn an affiliate commission.