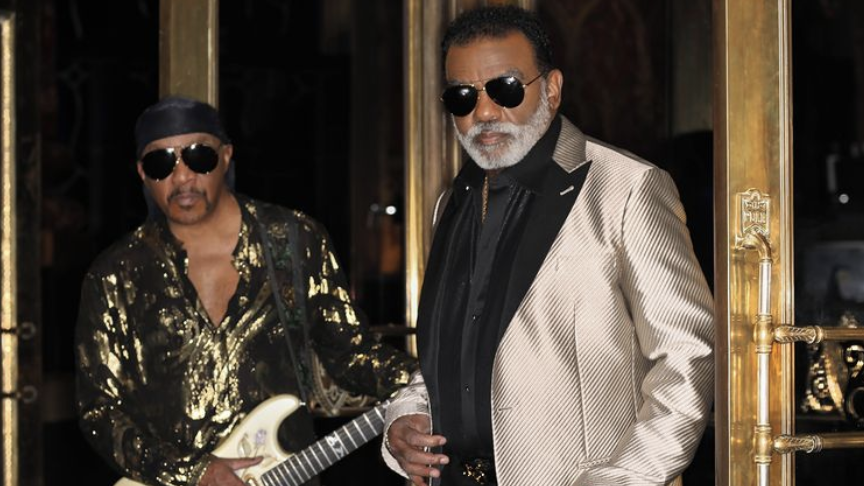 The Isley Brothers are one of the originators of baby-making music. The band’s nearly seven-decade run includes some of the most iconic slow jams—”Footsteps In The Dark,” “For The Love Of You,” “That Lady,” “Hello It’s Me,” and, of course, “Between The Sheets” just to name a few. Still, despite members Ronald and Ernie Isley being 80 and 69, respectively, the men have remained tapped in with the times.

In April, the crooners appeared on Swizz Beatz and Timbaland’s Verzuz, alongside Earth, Wind & Fire. Complete with full costume changes and Steve Harvey as the host, the nearly four-hour set had ladies young and old swooning over Mr. Biggs’ flawless vocals, newly revealed grey beard, and that chinchilla coat. Then in August, the group appeared in NPR’s Tiny Desk series. In the spirit of staying young at heart, the Isley Brothers have now embarked on the meme culture.

When Drake announced his sixth studio album, Certified Lover Boy, was on its way with a cover of diverse pregnant women emojis, several people and brands including tech lovers, The Maury Show, and Crocs all ran to social media with their own variations of the record’s artwork. However, it was the Isley Brothers who, once again, stole the show.

The men took to the band’s Instagram page to pose a pressing question to their fans. Covering each emojis’ baby bump with a different album or single cover, they captioned the meme, “Is it safe to say that we’re the OG Certified Lover Boys? [thinking face emoji] Asking for a friend.”

Obviously, the answer is yes!

Check out the Isley Brothers’ live performance of “That Lady” from their epic Verzuz below: