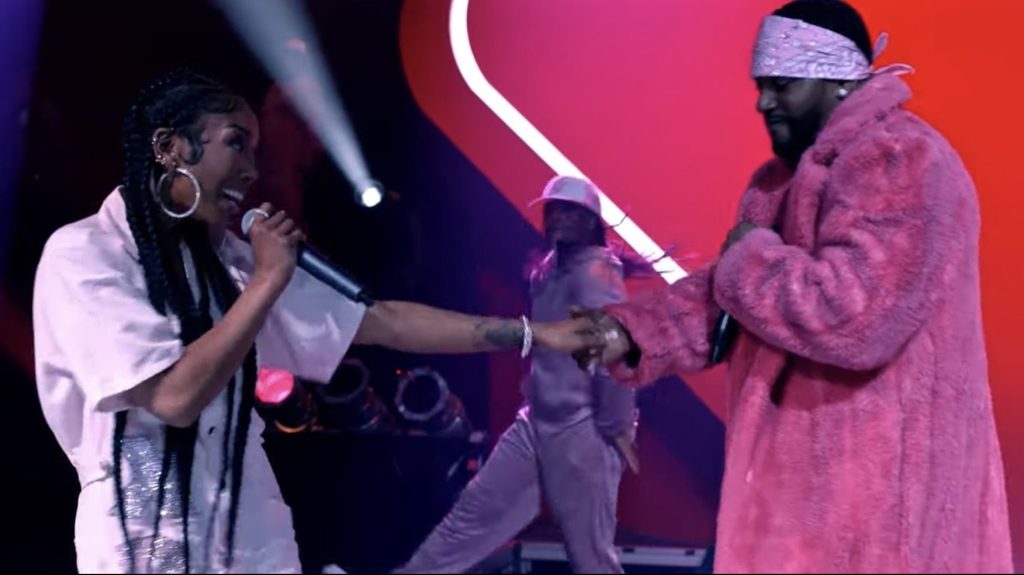 Episode 2 opened with a new Cam’Ron-assisted track entitled “Heart Of Queens.” The song has Brandy’s character, Xplicit Lyrics, flexing her airy vocals and the episode also reveals the final moment when she broke up the group in San Diego, circa 2001.

Mid-performance, Brandy as Naomi stopped and asked, “How did we get here? We supposed to be a family […] I can’t do this anymore. I’m done. The Nasty B****es are dead.”

Queens airs every Tuesday at 10 p.m. ET on ABC. All music is under Def Jam Recordings and is available on digital streaming platforms.