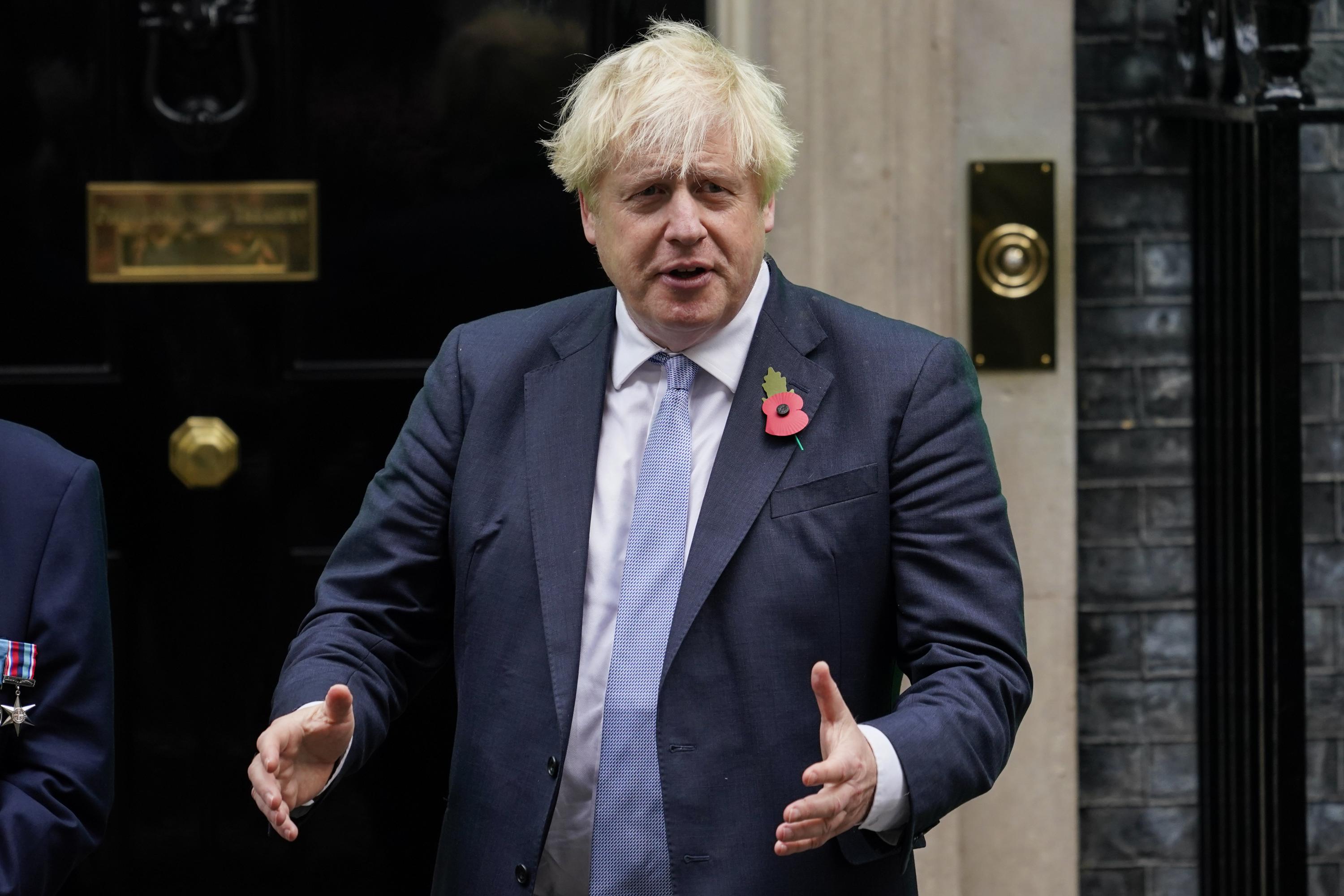 The Latest on the group of 20 summit taking place in Rome:

ROME — A few dozen protesters demanding that government leaders take incisive action on climate change have been carried away by police from the main boulevard near the G-20 summit site in Rome.

Hours before the leaders of the United States, Britain, France and other economic powerhouse nations arrived on Saturday for the start of the two-day gathering, the activists blocked the road, holding banners, including one that read, “From Rome to Glasgow, your solutions are the problem.”

On Sunday evening, many of the G-20 leaders will fly to Glasgow, Scotland, for a crucial climate summit.

When the demonstrators refused to budge, police officers lifted them bodily and moved them to a side road, where the protesters continued to lie down or sit on the pavement, blocking traffic.

ROME — The French presidency says European Union leaders will meet with African leaders in efforts to further support the continent’s poorest economies in the wake of the COVID-19 pandemic.

The informal meeting later Saturday will be hosted by French President Emmanuel Macron at France’s embassy in Rome on the sidelines of the G-20 summit.

Macron told reporters on Friday he expects the G-20 to confirm an additional $100 billion to support Africa’s economies.

The money would be provided via the reallocation to African nations of some special drawing rights, a foreign exchange tool used to help finance imports issued by the International Monetary Fund and initially meant to go to advanced economies.

Heads of state of South Africa and Senegal, Cyril Ramaphosa and Macky Sall, will take part via videoconference, the Elysee said.

ROME — British Prime Minister Boris Johnson has denied that his government’s policies on coal and air travel undermine his message that the world needs to wean itself off of fossil fuels.

Johnson will welcome world leaders to Glasgow, Scotland, for a United Nations climate summit on Sunday and wants them to improve on their commitments to cutting greenhouse gas emissions.

But at home, his government this week slashed tax on domestic air fares, and it is considering whether to approve the U.K.’s first deep coal mine for decades.

Johnson said Saturday that Britain’s pledge on cutting carbon dioxide emissions was one of the “punchiest” of any country.

“People can see what Britain has done,” Johnson said in Rome, where he is attending a G-20 summit. “When I was a child, 80% of our power came from hydrocarbons,” but by 2035 “we will not have any hydrocarbons in our power generation at all. We’re the most ambitious country in Europe.

“By 2030, we’re saying that we won’t have hydrocarbon internal combustion engines for new cars. That’s a very, very ambitious timetable.”

ROME — U.S. President Joe Biden was greeted by Italian Prime Minister Mario Draghi after arriving at the Group of 20 summit site in Rome, before joining other world leaders for a “family photo.”

Biden shook hands with Turkish President Recep Tayyip Erdogan, with whom he is expected to have a bilateral meeting at the upcoming U.N. climate summit in Scotland, as well as French President Emmanuel Macron, whom he met on Friday.

Biden was placed by organizers to the far left of the stage in the first row, where he spoke warmly with African Union Chair Félix Tshisekedi. The U.S. recently brokered a deal for the African Union to purchase doses of the Moderna COVID-19 for the first time.

ROME — British Prime Minister Boris Johnson was a late arrival for the leaders’ “family photo” at the Group of 20 summit in Rome.

Other leaders had already gathered on a raised platform in front of a row of flags when Johnson and Canadian Prime Minister Justin Trudeau walked over from a bilateral meeting. Some of the waiting leaders made humorous chiding sounds at the latecomers.

Johnson greeted U.S. President Joe Biden with a call of “Hey, Joe” as he took his place.

Johnson stood behind French President Emmanuel Macron, amid a U.K.-France spat over fishing licences. The two men exchanged a mock-combative fist bump but did not appear to speak to one another.

The leaders were joined for photos by a group of medics, firefighters and other front-line workers, who were applauded by the assembled politicians.

VATICAN CITY — Indian Prime Minister Narendra Modi has invited Pope Francis to visit the country, after plans for a visit in 2017 fell apart.

Modi made the invitation Saturday during a lengthy meeting at the Vatican before he headed to join the Group of 20 summit in Rome.

In a tweet, Modi wrote: “Had a very warm meeting with Pope Francis. I had the opportunity to discuss a wide range of issues with him and also invited him to visit India.”

The Vatican’s official communique said only that Modi’s visit with the Vatican’s secretary of state was brief and that “the cordial relations between the Holy See and India were discussed.”

Francis had hoped to visit India and Bangladesh in 2017. After negotiations with the Indian government dragged on, Francis went instead to Bangladesh and Myanmar.

ROME — British Prime Minister Boris Johnson says the U.K. will donate 20 million doses of the AstraZeneca coronavirus vaccine to developing countries as part of efforts to share vaccines with countries that sorely lack them.

Johnson made the announcement as he arrived in Rome for a summit of Group of 20 leaders, which starts Saturday.

The U.K. says 10 million doses have been sent to the United Nations-backed COVAX vaccine-sharing program, and 10 million more will follow in the coming weeks.

They join 10 million doses that have already been delivered, and form part of Britain’s commitment to share 100 million doses with needier nations by mid-2022.

Johnson urged the club of economic powers to push to vaccinate the world by the end of 2022, saying that “our first priority as the G-20 must be to press ahead with the rapid, equitable and global distribution of vaccines.”

Britain and other wealthy nations have been accused of hoarding more vaccines than they need, while some countries, especially in Africa, have few or none. Former British Prime Minister Gordon Brown, a World Health Organization health envoy, has urged G-20 nations to speed things up and airlift unused doses to the developing world.

The British leader also is hoping to focus the G-20’s minds on climate commitments as he prepares to host a U.N. climate summit in Glasgow, Scotland, starting Sunday.