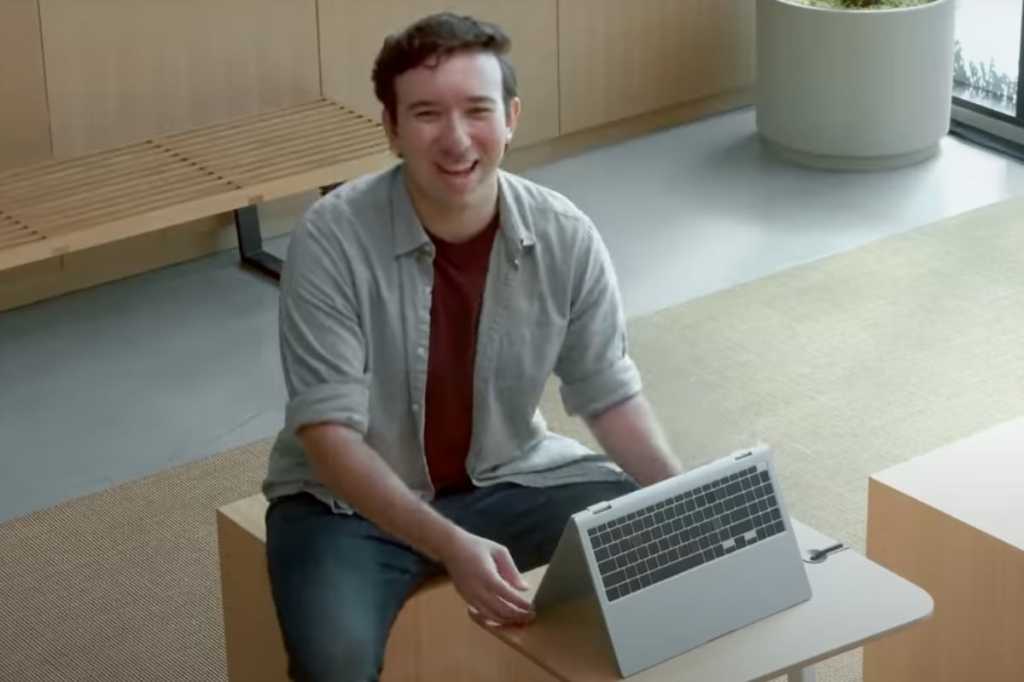 Have you ever wondered why you use a Mac. Turns out, it’s magic. But not the good kind of magic, the bad kind.

Possibly after watching too much Penn and Teller and getting a sugar high on generous helpings of Fiddle Faddle and Hi-C, Intel’s marketing group invited some supposed hard-core Apple fans to participate in “Breaking the Spell: Social Experiment”.

Yes, the reason why people use Macs: it’s a spell! It’s magic. It’s not performance per watt. It’s not design. It’s not macOS. It’s the Imperius Curse.

You got us. Very good. The long con is finally over. You’ve done it. Kind of amazing the first 10,000 times people claimed Apple fans were just being tricked by marketing didn’t work but this one did.

Intel says that the Apple fans in the ad are “real people paid for their time and opinions”. Oh! They’re “real people”! They’re not highly detailed marionettes. Good to know.

Not that they sound at all like they’re being paid to play a role! Oh, no!

“And I’m 100 percent a normal human-computer person who speaks words to you now.”

You will be interested and, no doubt, relieved to learn that Intel manages to break the spell on these poor totally carbon-based people through the far more powerful magic of choice!

“You say you like Macs, but what if we showed you a laptop with two screens?!”

“I WORSHIP ONLY INTEL NOW.”

Okay. Sure, that’s a thing that could happen. These die-hard Apple fans from downtown Macsville, USA, all seem to want a touch-screen laptop and are wowed by stuff not available on a Mac, all of which they’ve apparently never seen because they’re not allowed out of Tim Cook’s basement. Intel takes them to the bright lights, big city of, like, a Fry’s going out of business sale and they’re blown away.

And at no point does any one of these Mac-lovers say “So, these all run macOS, right?”

“Uhhh, what if it had four screens?”

No, they sit placidly on a wooden box, for some reason, and watch the equally wooden presentation by Intel’s impish trickster, Kevin, who one user on Reddit dubbed “Dollar Tree Craig Federighi”. Every time Kevin—who is presumably a real but paid Kevin—shows them a startling feature only available on Intel-based laptops, they dutifully react like Labrador retrievers hearing a high-pitched noise.

Oh, yeah? Well, maybe you’re an actor! Ever think of that?!

We showed them some innovations…

That has absolutely nothing to do with the processor. Intel only ever speaks of PC features like the ability to upgrade, touch the screen, and transform into tablet mode, and somehow manages to forget to mention that these are all also available in laptops powered by AMD processors. Since these features have nothing to do with any Intel “special sauce”, they could just as easily be available on M1-powered Macs but aren’t because they’re mostly gimmicks.

As far as the ability to upgrade RAM, which is not a gimmick and Intel proudly claims as a feature of laptops using its chips, let us look closer at the oh-so-catchily-named Asus ZenBook Pro Duo whose dual screens bring all the Apple fans to its yard. Because guess what? When you do you will find that it actually has RAM that’s soldered to the motherboard.

SORRY, UNBELIEVABLE PAID FORMER APPLE FANS, YOUR NEW RELIGION IS NOTHING BUT A BED OF LIES.

It’s true that they do say “fake it ’til you make it.” but Intel would probably be better off spending the money from this “fake it” ad on actually “making it”.