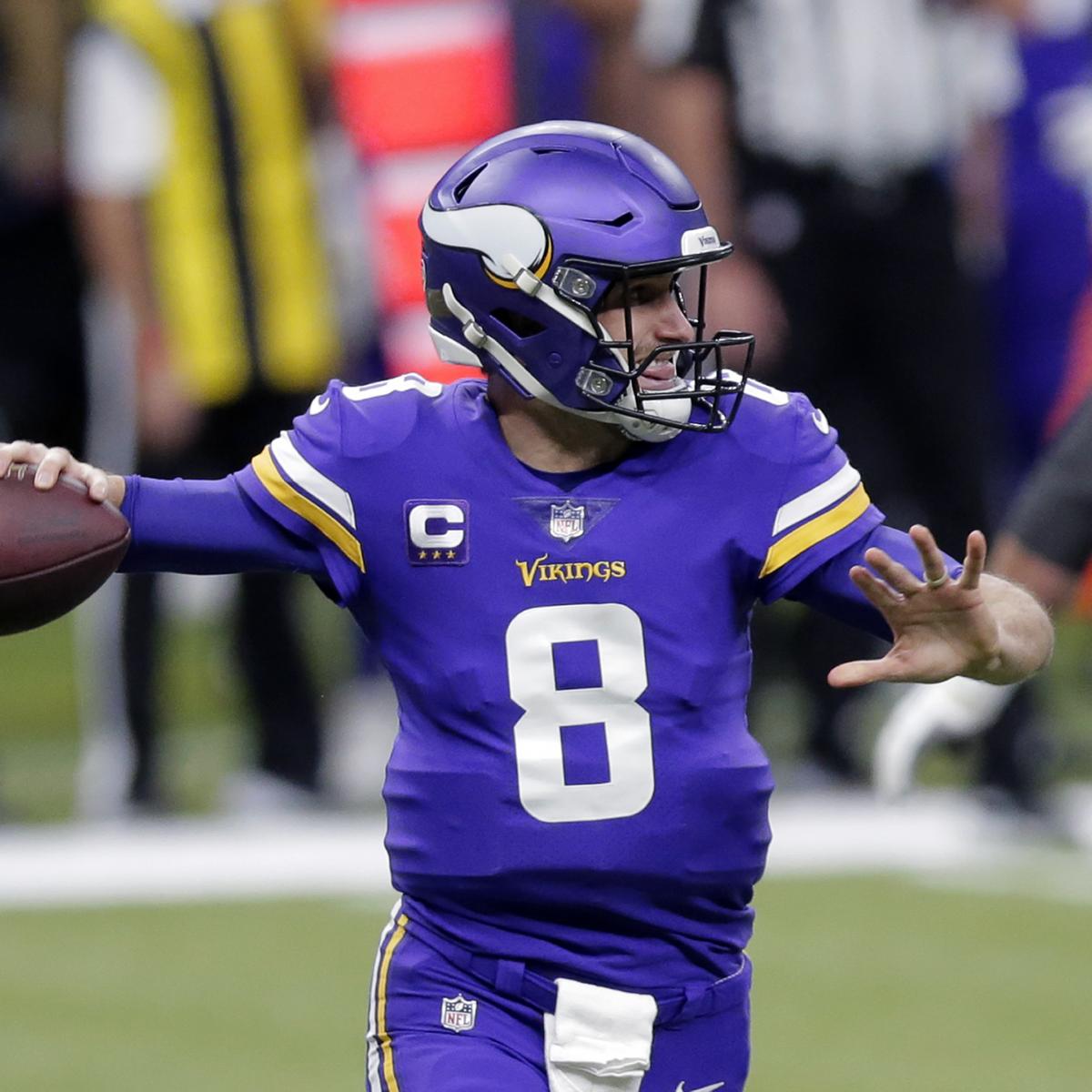 When Kirk Cousins signed a fully guaranteed three-year, $84 million deal in 2018 that at the time made him the highest-paid player in the league, the deal was hailed as a game-changer for the Vikings. Per USA Today, Cousins said at the time that he planned to make Minnesota his home for a long time. He also made it clear that he was in the Twin Cities for one reason and one reason only.

“Winning is what I said it would be all about, and it’s true,” Cousins said. “I think (Minnesota) is the best chance, and that’s what truly matters.”

However, three years into his tenure with the Vikings, the wins haven’t come as frequently as either side of the deal had hoped. Over those three seasons, the Vikings are just 25-22-1, and the team has missed the postseason altogether twice, including in 2020.

With the Vikings coming off a losing season, the pressure has ramped up on the franchise. So have the rumbles that Cousins is less the signal-caller who will lead the team to the Promised Land and more a financial anchor around the team’s neck.

And unless the Vikings and their veteran quarterback can shake off the mediocrity of the past few years and make a deep playoff run, it’s entirely possible that a franchise reset could be in Minnesota’s future.

A reset that includes a messy divorce from the soon-to-be 33-year-old quarterback.

Now, you won’t hear any gloomy proclamations like that coming from the Vikings in July. This is a time of hope and optimism for all 32 NFL teams, and Minnesota is no different. As Myles Simmons wrote for Pro Football Talk, tight end Irv Smith said that Cousins looked like a man on a mission in OTAs.

“I mean Kirk, he’s done a great job, obviously, with the Vikings. Last year, we were a top-five offense. Defensively, obviously, we didn’t play too well so our record didn’t show for it. But this year, I’m very excited. We’ve got a lot of weapons on offense. Kirk, he told us he’s just a point guard out there. He’s just going to deliver the ball and put it in the playmakers’ hands and we’re going to make some plays. He’s playing with a chip on his shoulder. He’s got a lot more swagger this year, for sure, and I’m very excited. It’s going to be fun.”

Smith raises a couple of valid points. The Vikings were a top-five offense in 2020, ranking fourth in yards per game at 393.9. Cousins completed 67.6 percent of his passes for 4,265 yards and a career-high 35 touchdowns while posting a passer rating north of 100 for the second year in a row.

The Vikings may have been fourth in total offense last year, but the team was 11th in scoring (26.9 points per game) and a so-so 14th in passing (250.6 yards per game). Inside the 20-yard line last year, Cousins’ completion percentage dropped below 60. Over his 104 starts with Washington and Minnesota, Cousins is sitting exactly on the .500 line (51-51-2). He’s 1-3 in the playoffs, with the lone win following the 2019 regular season against the New Orleans Saints.

In three seasons with Minnesota, Cousins has led just four game-winning drives. By weight of comparison, Ryan Tannehill of the Tennessee Titans had six in 2020 alone. Cousins is 8-16 in night games, a woeful 1-9 on Monday night and a combined 6-7-1 against the Chicago Bears and Green Bay Packers.

Now, those numbers aren’t entirely Cousins’ fault. Football is a team sport. But they do appear to show that Cousins isn’t a guy who can put a team on his shoulders and carry them to victory.

And for $76 million in cap hits over the next two years, a little carry would be nice.

There has been more than a little speculation that if the Vikings miss the playoffs again in 2021 that head coach Mike Zimmer could be sent packing—and that general manager Rick Spielman could join him. Here’s a news flash—Minnesota’s chances of making the postseason aren’t great.

Assuming that Aaron Rodgers is under center for the Packers in Week 1, the Vikings are at best a distant No. 2 in the NFC North—even with an improved defense this year. Supporters of the Chicago Bears would dispute even that ranking. The Vikings aren’t as good as the Packers. Or the Los Angeles Rams. Or the Tampa Bay Buccaneers. Or the Seattle Seahawks. Add in teams like the Arizona Cardinals, San Francisco 49ers, Washington Football Team, Dallas Cowboys and New Orleans Saints and it doesn’t take long to get an idea of just how crowded the NFC is.

If the Vikings come up short of the playoffs for a third time in four years and Zimmer and Spielman are let go (a pair of perfectly plausible possibilities), then it’s a safe bet that one of the first steps a new regime would undertake is making an effort to extricate the team out from under Cousins’ contract.

Of course, getting out from under Cousins’ deal before it expires at the end of the 2022 season won’t be easy. Releasing him next offseason would be cost-prohibitive bordering on impossible—the dead cap hit per Spotrac would be a staggering $45 million. That number would sail past the record $33.8 million the Eagles just ate in the Carson Wentz trade, although it can’t be ruled out entirely after what Philly just did.

There is an out of sorts though. If the Vikings can find a trade partner for Cousins, that dead cap hit in 2022 drops to $10 million. That’s not insignificant, but it’s a lot less than $45 million. And while Cousins’ pact contains a whole lot of zeroes, when he re-upped last year it was without a no-trade clause.

Cousins may not relish getting flipped, but he can’t stop the Vikings from dealing him.

If the Vikings were to decide to let Cousins play out the final year of his deal in 2022, then he and his camp would likely lobby for an extension…one that could average over $40 million a season given the current market at the position. If the Vikings balked at spending that cash (again), it could set the stage for an offseason (and regular season) of friction between player and team–and maybe even a holdout.

Now, it’s possible this could be avoided. Maybe the Vikings can peel off 10 or 11 wins, win a playoff game and convince owner Zygi Wilf to give the status quo one more try or even tack another year or two on Cousins’ contract.

But it’s more likely that the Vikings will have another so-so year and roll into the 2022 offseason trying to get rid of a quarterback the franchise invested well over $100 million in (with little return on that investment) who won’t be even a little bit happy about a forced change of scenery.