The Polls Still Do Not Show A GOP Bounce Back 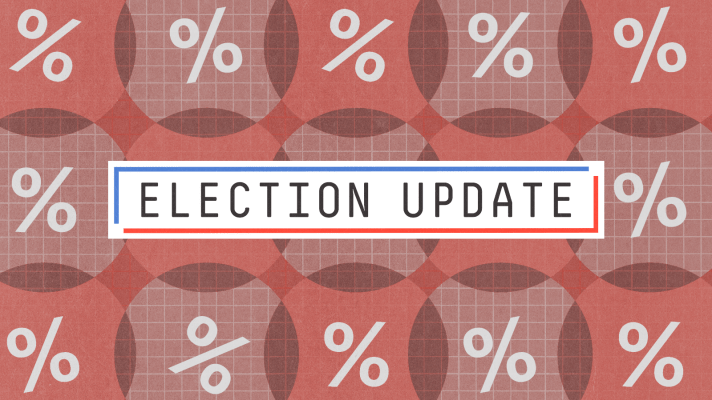 Ever since we launched our election model in late June, it has moved entirely in one direction: toward Democrats. Pretty much every week, they’ve either gained ground in our forecast or held steady.

This week has been more in the “held steady” category. In the Deluxe version of our model, Democrats’ chances of keeping the Senate are 71 percent, while their chances of holding the House are 31 percent. Neither number has meaningfully changed from a week ago.

As Democrats’ position has continually improved, I’ve tended to focus on optimistic scenarios for Democrats. Frankly, I’ve been looking for an opportunity to reiterate why Republicans could still have a pretty good midterm. They are, after all, reasonably clear favorites to flip the House, and a 30 percent chance to flip the Senate is nothing to sneeze at, either. That 30 percent chance is pretty much the same one our model gave to Donald Trump against Hillary Clinton on Election Day in 2016.

But that Republicans could win doesn’t mean that their situation is improving. I’ve seen several recent claims about Republican momentum in the polls that I don’t think are yet justified in the evidence.

Let’s leave our probabilistic forecast aside for now and just look at the polls themselves. Specifically, we’ll look at what our polling averages say as I write this on Sept. 22 and how that compares to one month ago, on Aug. 22. A fair amount has happened since then: The White House announced its student loan forgiveness program on Aug. 24; there’s been some fairly negative inflation news and other economic data; Florida Gov. Ron DeSantis sent around 50 migrants to Martha’s Vineyard; Russia is facing significant setbacks in its war with Ukraine; and campaigns are kicking into higher gear in many states after Labor Day.

First up, the generic Congressional ballot. Democrats currently lead by 1.9 percentage points in our average. That reflects continued improvement from Aug. 22, when they led by 0.4 percentage points.

Our generic ballot average, however, is designed to be somewhat slow-moving – so if there’s been a recent reversal in the improving electoral environment for Democrats, it may be slow to detect it. Our presidential approval average is more aggressive, by contrast. As of Sept. 22 at 5 p.m. Eastern, Biden has a 42.5 percent approval rating and a 53.0 percent disapproval rating. That’s mediocre, although similar to where several other presidents have been in advance of their first midterm.

Nonetheless, those numbers are improved from Aug. 22, when Biden had a 40.9 approval rating against 54.3 percent disapproval.

What about individual Senate and gubernatorial races? FiveThirtyEight publishes polling averages in these races once there are a sufficient number of polls. Technically speaking, these polling averages are calculated separately from the version used by our forecast model, which performs various fancy adjustments to the polls (for instance, our model adjusts outdated polls based on changes in the generic ballot).

For the purposes of this article’s exercise, though, the comparative simplicity of our standalone polling averages should work well. So let’s look at all races where there have been a) at least two polls between the Supreme Court’s decision to overturn Roe v. Wade on June 24

Which clearly seems to have been an inflection point in the race for Congress.

” data-footnote-id=”1″ href=”http://fivethirtyeight.com/#fn-1″>1 and Aug. 22, and b) at least two polls between Aug. 22 and now. In these states, we have enough data to establish a post-Dobbs baseline and to see whether there’s been a meaningful shift. Eleven Senate races meet this criteria

I excluded Utah, where the race is between an independent and a Republican.

” data-footnote-id=”2″ href=”http://fivethirtyeight.com/#fn-2″>2; here is how the polling average has changed in each one:

But few individual races have moved all that much. Republicans have gained at least a full percentage point in Florida, Nevada, Pennsylvania, Washington and Wisconsin, while Democrats have done so in New Hampshire.

Interestingly enough, this movement has often been in line with what the “fundamentals” in each race might have predicted. Most expert groups had rated races such as Wisconsin and Nevada as tossups, even though polls had shown Democrats ahead there. So this may just be reversion to the mean, given that neither race had been polled terribly often, rather than any actual shift in voter sentiment.

Finally, a look at gubernatorial races, using the same parameters as we did for the Senate races:

These don’t show any shift toward Republicans. On average, Democrats led by 1.4 percentage points on Aug. 22, and they lead by 1.9 percentage points now. Some individual races have changed, of course, but these moves have been in either direction. Democrats have gained at least a percentage point in Florida, Minnesota, New Hampshire, Pennsylvania, Texas and Wisconsin, while Republicans have done so in Arizona, Michigan, Massachusetts and New York.

We could go race by race and debate which of these shifts are “real” and which reflect noisy or low-quality polling. But that’s beside the point, which is that there hasn’t been any systematic rebound by Republicans. In the 24 gubernatorial and Senate races listed here, Democrats led by an average of 2.9 percentage points on Aug. 22, and they lead by 2.8 percentage points now. There’s been essentially no change, in other words.

Of course, that may not be true in the future. It may be too soon to see the impact of recent news stories in the polls. I tend to think DeSantis’s stunt in sending migrants to Massachusetts will engender more of a reaction on cable news and on Twitter than it will necessarily matter to normal swing voters. But a sustained focus on immigration could be worse for Democrats than one on other issues such as abortion. And as I wrote last week, our model does expect the political environment to get slightly better for Republicans between now and November.

Mostly, though, we’ve reached that part of the election cycle where you ought to be wary of media narratives about which party has “momentum.” There are a lot of competitive elections this cycle, and since Labor Day, we’ve started to see a lot more polling. It’s very, very easy to cherry-pick your way into a story that fits your preconceived notions about the race. But when there’s a major, nationwide shift in the race — as there was toward Democrats after the Dobbs decision — you usually don’t have to squint to see it.

Nate Silver is the founder and editor in chief of FiveThirtyEight. @natesilver538