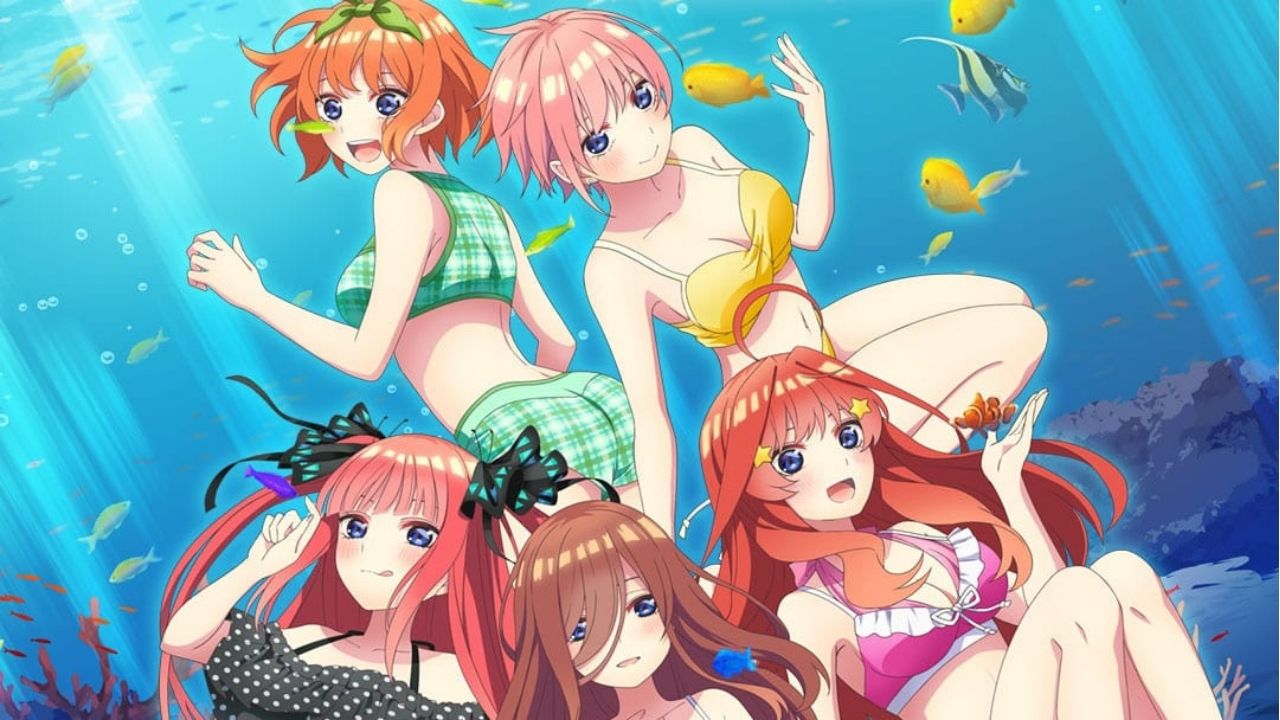 Season two of The Quintessential Quintuplets anime ended with fans being clowned by the series.

When Itsuki kissed Futaro in the last episode, I’m sure many of you thought that a decisive moment had arrived. Sorry to say, but the creators have successfully duped us because all the quintuplets had dressed up as Itsuki in that arc.

After that cleverly constructed episode, fans have been craving for another season, and it looks like our prayers have finally been answered.

The Quintessential Quintuplets is coming back with a brand new anime movie that will serve as a sequel to the second season. The film is scheduled to be released in early summer 2022.

A new trailer has been revealed for the upcoming film.

The trailer shows the quintuplets in swimwear. Will the upcoming movie give us a fan service galore? With just six more volumes left to be adapted, a two-part movie might serve as the anime’s finale.

A new visual has also been revealed, which again shows the girls joyfully splashing around in a waterpark.

🌸 The first key visual is released! 🌸

The first key visual of the movie “The Quintessential Quintessential” has been released! The official movie website is also open! Please look forward to the release in early summer 2022 ♪

Since the movie will serve as a sequel to season two, it will adapt the Quintuplets Flashback arc. One of the siblings had a connection with Futaro far before they met for tutoring.

Both Crunchyroll and Funimation had streamed the previous seasons of the anime, so there’s a chance that the upcoming movie will be available on these websites soon after it premieres in Japan.

Will the movie wrap up the quintuplets’ saga? The fated partner of Futaro is yet to be revealed, so I’ll be waiting with bated breath while I root for my favorite character.

About The Quintessential Quintuplets

The Quintessential Quintuplets is a manga created by Negi Haruba in 2017. The manga has ended in February of 2020 with a total of 14 volumes.

The manga has inspired an anime adaptation titled “The Quintessential Quintuplets” with Season 1 aired in 2019 and Season 2 aired in 2021. The anime is planning a third season.

The story revolves on Futaro, a high school student from a low-income family, who receives an appealing offer to work part-time as a tutor…but his students turn out to be girls from his class!

What’s more, they are beautiful quintuplets but happen to be problem students who have poor grades and hate studying!

His first assignment is to win all the sisters’ trust in this rom-com surrounding the five sisters of the Nakano Family.