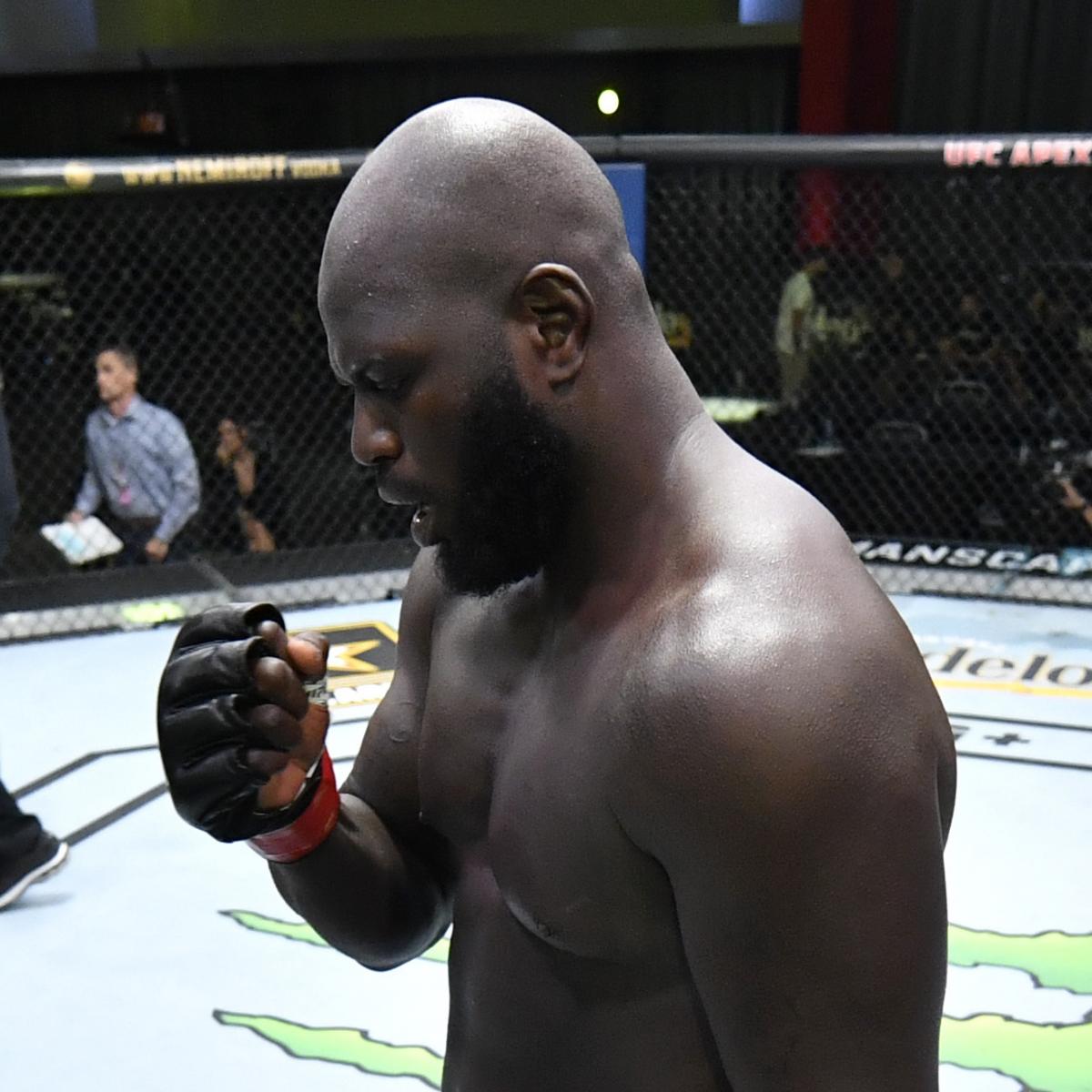 On Saturday night, the UFC returned from a two-week hiatus with the 13-fight UFC Fight Night 189 card.

The card was topped by a heavyweight clash between No. 6-ranked contender Jairzinho Rozenstruik and the No. 9-ranked Augusto Sakai. Rozenstruik won the fight with a first-round knockout, rebounding from a forgettable decision loss to Ciryl Gane in the process.

But who really gained the most ground by the time the action concluded? And who really sustained the toughest losses?

Keep scrolling for our take.

Jairzinho Rozenstruik has made a habit of beating the clock.

Back in 2019, the Surinamese kickboxing specialist, who is currently ranked No. 6 at heavyweight, wowed viewers by knocking out Alistair Overeem at 4:56 of the fifth round, narrowly avoiding what would have been a decision loss in the process.

In the UFC Fight Night 189 main event, he achieved a similar feat, scoring a brutal knockout win over Brazilian contender August Sakai in the final second of the first round.

It was exactly the kind of performance Rozenstruik needed after an extremely disappointing decision loss to Ciryl Gane, and one that should earn him another big fight in the increasingly competitive heavyweight division.

When Poland’s Marcin Tybura signed with the UFC back in 2016, he was widely viewed as a future title contender. He’d already won the heavyweight title in M-1 in Russia, and seemed like he might have the skills required to replicate that feat in the UFC.

Unfortunately, the first few years of Tybura’s UFC run were anything but a home run. Between 2016 and 2019, he tallied just four victories among nine fights.

The good news is that Tybura, now 35, finally seems to be living up to his potential.

In the UFC Fight Night 189 co-main event, he weathered some early adversity to score a first-round TKO win over knockout artist Walt Harris. With that win, he extended his current win streak to five—a feat that only surging contender Ciryl Gane and reigning champion Francis Ngannou can match in the heavyweight division.

It remains to be seen how close to the belt Tybura will actually get, but he may soon be within arm’s reach. It’s about time.

Ahead of UFC Fight Night 189, Santiago Ponzinibbio and Miguel Baeza’s main card welterweight scrap was seen as a frontrunner for the evening’s Fight of the Night honors. It surpassed those lofty expectations, going down as an instant Fight of the Year contender.

The two welterweights traded heavy artillery from bell to bell, dazzling all who were wise enough to tune in. In the end, Ponzinibbio won the fight by unanimous decision—his first victory since way back in November of 2018—but it was the kind of fight with no real losers. The two men can return to their training homes in Florida with their heads held high—and $50,000 Fight of the Night bonuses in their bank accounts.

After UFC Fight Night 189, former light heavyweight contender Ilir Latifi is now 1-1 in the UFC heavyweight division. Despite his hitting the .500 mark in the weight class, however, he’s looked pretty underwhelming.

Latifi made his debut in the division back in February of 2020, losing a snooze-inducing decision to Derrick Lewis. At UFC Fight Night 189, he rebounded from that loss with a split decision win over Canadian talent Tanner Boser. Unfortunately, that win was highly controversial, with many viewers feeling the judges got it wrong.

To make matters worse, Latifi has shown a ridiculous aversion to striking at heavyweight, landing just 15 significant strikes in the 30 minutes he’s spent competing in the weight class.

No matter how you swing it, he’s been anything but impressive as a heavyweight, and he might be wise to drop back down to 205 pounds.

The dreaded eye poke made another appearance at UFC Fight Night 189—with significant ramifications.

In the fourth bout of the undercard, Welsh prospect Mason Jones was deprived of what could have been a very impressive win after he inadvertently poked Alan Patrick in the eye with fight-ending severity. He’ll now return to Wales with a disappointing No Contest on his record—hardly worth the trip to Las Vegas.

To make matters worse, we got another eye poke several fights later, when Francisco Trinaldo inadvertently got his digits into the eye of Muslim Salikhov. Thankfully, that one didn’t force the end of the fight, but it sure didn’t look pleasant either.

It’s hard to say what the solution to MMA’s hyper-frequent eye pokes is. Some believe a glove redesign is the ticket. Others believe referees should do a better job of warning and disciplining fighters for fouls. Whatever the case, these unfortunate incidents are likely to keep stinking up our beloved UFC cards until something changes. And it doesn’t seem like anything is going to change any time soon.

UFC women’s flyweight champion Valentina Shevchenko has been so dominant that she’s rapidly running out of fresh challengers, which makes new flyweight prospects are particularly valuable at this stage.

On the UFC Fight Night 189 undercard, we witnessed an impressive performance from a definite flyweight prospect in Nice, France’s Manon Fiorot, who picked up a TKO win over short-notice replacement opponent Tabatha Ricci.

While a win over a short-notice foe like Ricci isn’t going earn Fiorot a title shot, or even a spot in the division’s top 15, it was another indication that she’s destined for big things. She’s now 7-1 overall with all but one of those wins coming by knockout or TKO.

Stats like that will likely get Shevchenko’s attention in the not-too-distant future.