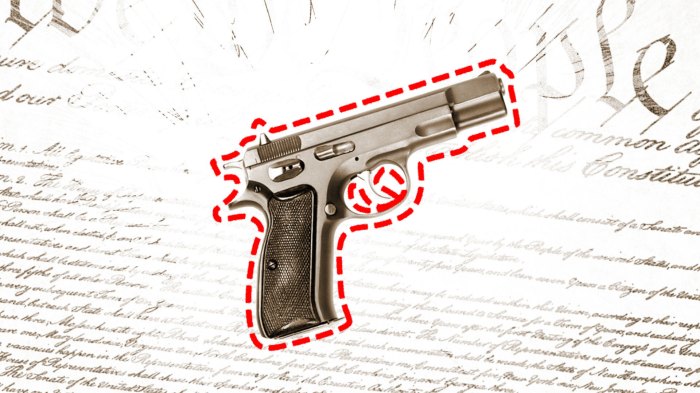 A little over a decade ago, the Supreme Court redefined the Second Amendment. Before then, in the eyes of the federal courts, the amendment protected the rights of state militias to bear arms — not the rights of individual Americans. That all changed in 2008 with the stroke of a pen. And this November, the Supreme Court has the chance to expand the meaning of the Second Amendment yet again, potentially allowing more concealed weapons onto the streets of major cities like Los Angeles and New York.

In our new video series, “Reigning Supreme,” senior legal reporter Amelia Thomson-DeVeaux explores the court’s power — and reveals the hidden ways the justices affect American life — through the issues on the docket this year. In this first episode, she digs into the history of the Second Amendment and the way politics influence the Supreme Court’s decisions.

This video is part of “Rethinking Gun Violence,” an ABC News series examining the level of gun violence in the U.S. — and what can be done about it.

Amelia Thomson-DeVeaux is a senior writer for FiveThirtyEight. @ameliatd

Michael Tabb is a video and motion graphics producer at FiveThirtyEight. @michaeljtabb