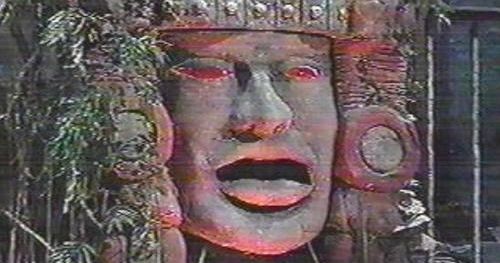 Huge news for fans of adventure and low-cost group Halloween costumes: Legends of the Hidden Temple is coming back, and so is Olmec. Dee Bradley Baker, voice actor extraordinaire, is returning to voice the big stone head in the CW’s Legends of the Hidden Temple reboot. “When we asked Dee Bradley Baker to return as the one and only Olmec,” executive producer Scott Stone said in Deadline, “and he said, ‘Let’s rock,’ that was all I had to hear …Olmec lives.” Olmec was Baker’s first big TV gig, which led to voicing such characters as Daffy Duck in the OG Space Jam, Appa and Momo on Avatar: the Last Airbender, and Klaus the goldfish on American Dad.

Olmec is named for the pre-Columbian civilization that existed in Mesoamerica around 1,200 to 400 B.C.E. In Legends of the Hidden Temple, he knew everything there was to know about the treasured artifacts for which the Red Jaguars and Silver Snakes competed. The new version will be a “supersized, adult” competition hosted by comedian Cristela Alonzo. We hope the water challenges will prove less eventful than Ultimate Slip ’N Slide’s.