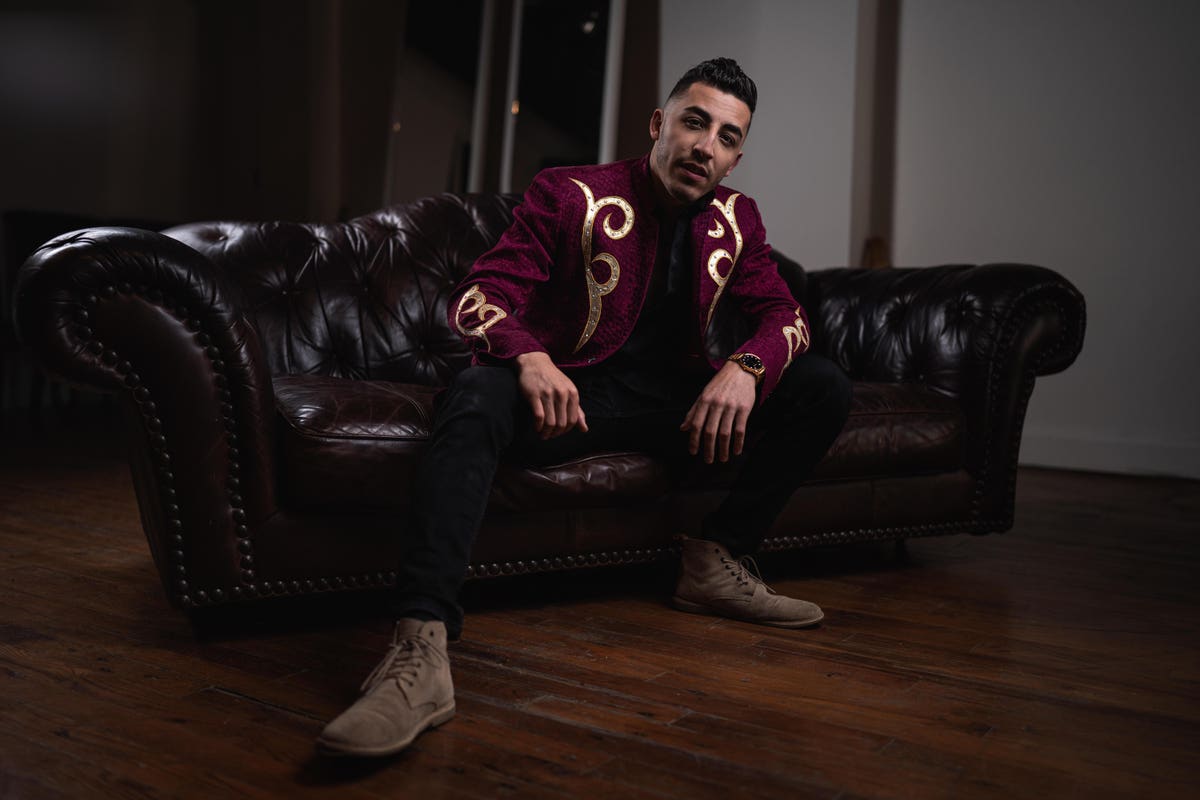 Studies estimate that in the U.S. each year between 7,000 and 12,000 children lose a parent to suicide. One of those children is Ricky Duran, the runner-up of Season 17 of The Voice. He lost his father to suicide when he was 22. A few years later, he also lost his best friend the same way.

Despite being the 10th leading cause of death in the U.S., suicide is not something we talk about. It needs to be, especially on World Mental Health Day. Ricky explains, “There’s a stigma about suicide and I think that it should be easier for people to communicate, to talk about it, and talk about their feelings without being looked at negatively…People should be more able to communicate their feelings of depression, feelings of, you know, being alone. Talking about it with people that are like minded can definitely make a difference.”

While, over time, Ricky has become more able to talk about his story publicly, it didn’t start out that way. Vulnerability, of course, is one of the hardest parts of talking about any hard topic, but especially topics that might carry misunderstanding or judgement in the reaction of others. He says, “For the first couple of years, I actually didn’t…know if I wanted to tell people that my father died by suicide. I don’t know why. But it was almost like, I hate using this word, but I almost felt some shame in admitting that. I don’t know why.”

In fact, the first time he auditioned for The Voice (the second time was when he was a four chair turn and the runner-up), was only one year after his father passed away and he says he initially shut down. He did not want to expose his history to the entire world. He even worried that sharing could trigger others, and their current or past histories.

However, as the time passed, and he got support from his 3 older sisters, he became more comfortable taking control of his narrative. He emphasizes, “The way I see it is if I want to be in the public light and I want to be a musician that people recognize, they’re going to know my story regardless if they look into it, so why not share it and I guess reach people with my story…Looking back, I don’t know why I was trying to protect myself…but I’m happy that I’m comfortable sharing my story now…In the end, I think that expressing yourself and talking about it is probably better than shoving it under the rug.”

Now, he is even open to sharing his coping mechanisms with the world, or his most vulnerable song, his new single, Waiting On You. The song is written from his dad’s perspective and he is telling him all of the things that Ricky wishes his dad would tell him today to help him through his own struggles. While Ricky wrote the song maybe 5 years ago, he was hesitant to release it. It was his sister, Natalie, who encouraged him to do it, but to do it in collaboration with the American Foundation for Suicide Prevention (AFSP), an organization Ricky has previously partnered with and learned a lot from.

Ricky explains, “I think that was the best way and the only way it could have come out because the message is reaching the people who need to hear it.” He also feels that by partnering with AFSP, no one could say he is using his story for attention or added celebrity, but instead, know he is helping a movement. He adds, “It is not just about me, it is about anyone who has gone through the same struggle.”

“Grief and healing after a suicide loss can be difficult – and can come with so many complex emotions. Ricky sharing his story and his music about this experience will help other suicide loss survivors know that they are not alone,” said Stephanie Rogers, AFSP’s SVP Communications and Marketing. “Ricky speaking out as part of our work together sheds a light on the cause and helps further our work and the research needed in suicide prevention.”

And, the response has been overwhelmingly positive. Ricky feels like he is really helping people through tough times with his songs. At one time, he thought of stopping playing altogether, because his father was the one who taught him to play guitar and to sing, but it turns out that music has not only helped him, it is helping others as well.

While his own healing is ongoing, he feels, “Music has always been there.” He is happy his songs inspire others, because he wants them to know their stories matter, too.

If you or someone you know is thinking about suicide, please call the National Suicide Prevention Lifeline at 800-273-TALK (8255) or text the Crisis Text Line at 741-741.  For additional resources, visit the American Foundation for Suicide Prevention’s website afsp.org.