‘The worst thing is you have to do it multiple times’ 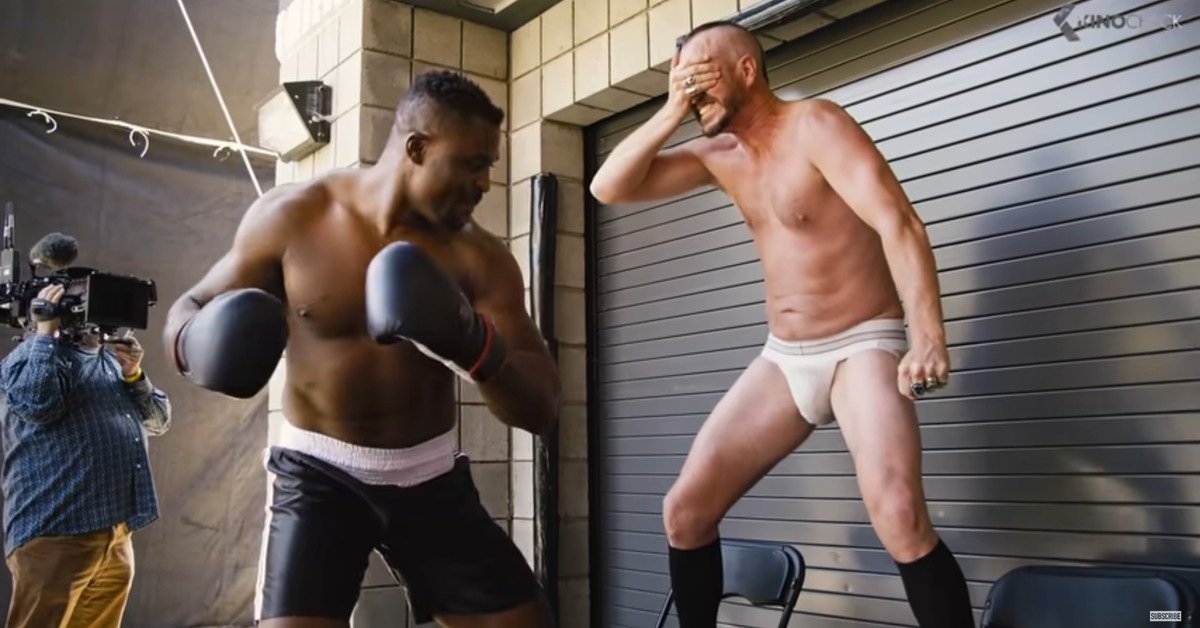 Francis Ngannou has a couple of big fights upcoming. One against interim champion Ciryl Gane in a bid to defend and unify the somewhat needlessly fractured heavyweight title. The other against the UFC as Ngannou looks to renegotiate his current contract with the world’s largest MMA organization.

However, he recently made headlines for a different bit of pugilistic exhibitionism, as a featured part of the upcoming Jackass 4 movie. The latest teaser trailer for what’s been advertised as the final installment of the long-running stunt-prank series put Ngannou front and center, where the man known for packing the most power in the UFC was asked to deliver a shot – full force – to the groin of one of the Jackass cast members.

Ngannou, who was made available through one of his sponsors, recently sat down with Bloody Elbow to talk about the experience. Noting that he wasn’t really familiar with Jackass before appearing in the film and, unfortunately for his stunt partner, required multiple takes to get just the right ball-busting cinematic moment.

“No, at first I didn’t know exactly what it was about,” Ngannou revealed, when asked if he was already familiar with the Jackass series. “I thought it was gonna be, like, something that would be pretend that you’re hitting, you know? Then I went there and they’re like, ‘No, no. No pretending. You’re going full force.’ I’m like, ‘Are you serious?’

“It was so weird. I was kinda nervous. Like, ‘Man, what can happen?’ And the worst thing is you have to do it multiple times. Because, first I was nervous, then I was afraid to go full force. And they’re like, ‘No, you have to. This is how we do it. You have to go full force.’ And sometimes the guy would be moving, and you would not hit it—like hit it on the side. And they’re like, ‘No, you rest and you come back.’ I’m like, ‘Bro, this guy will die.’ Yeah, that was so… [sighs].”

As for what happened to the man on the wrong end of the fist? Ngannou admits that he didn’t do any followup visits to see if emergency measures were required once his job was done.

“Honestly, I didn’t check. How he was going to go? I didn’t want to know. It was so weird for me, so strange,” Ngannou said, adding that while it couldn’t have been easy for the guy taking the shots, he wasn’t exactly reveling in the job either.

“Even being the punching guy is not easy.”

Ngannou vs. Gane takes place on January 22nd in Anaheim, CA. Outside the heavyweight title unification bout in the main event, the card is also expected to feature the flyweight title trilogy bout between champion Brandon Moreno and former belt-holder Deiveson Figueiredo.

Francis Ngannou is an ambassador for Stake.com, one of the leading and fastest-growing cryptocurrency betting and gaming operators worldwide.