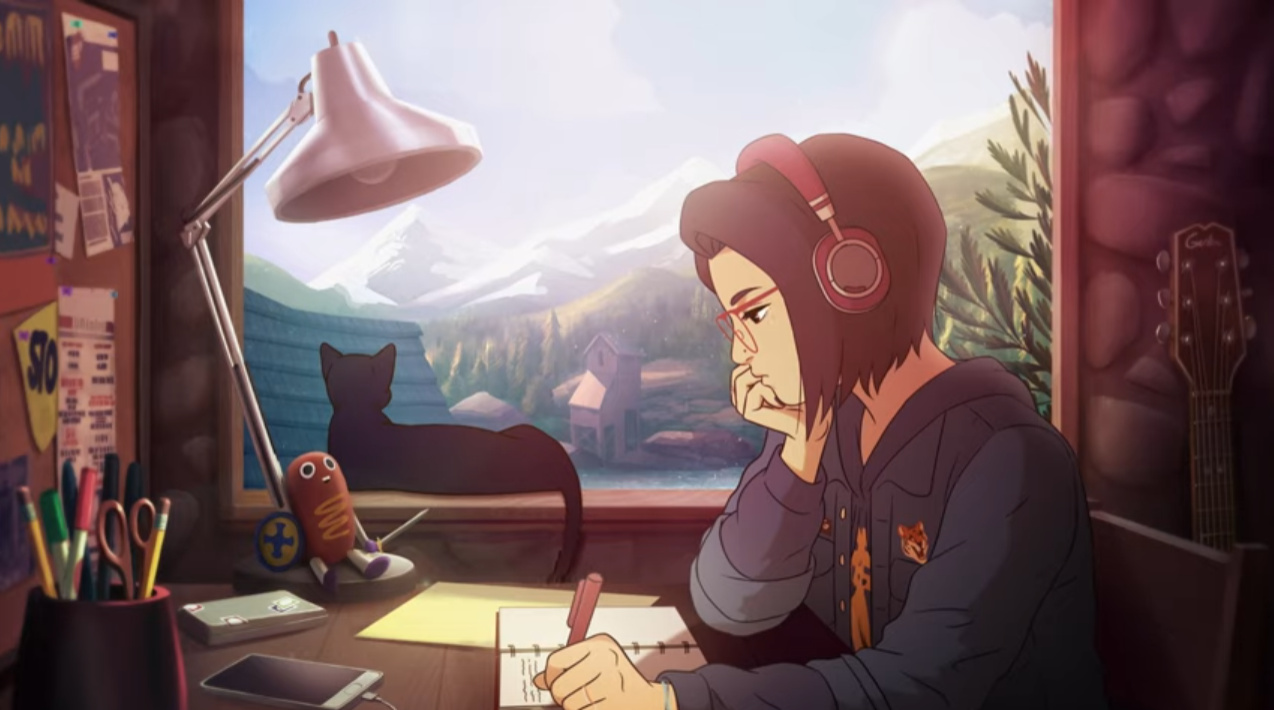 Sure sure sure, okay, this is probably of interest to very specific kinds of people — but if that’s you, then congratulations, my friend. You’ve just found the soundtrack to your next few hours.

At this point in time, you’ve probably already heard of lo-fi hip hop radio – beats to study/relax to, a never-ending radio-style playlist that contains nothing but gentle, non-distracting music that’s perfect for study/relax to. It’s become visually synonymous with the “Lofi Girl”, an animation in an anime style of a girl writing in a notebook with headphones on.

In making Alex Chen’s version of the Lofi Girl, Deck Nine have included references to Life is Strange (Hot Dog Man!) and plenty of voice lines from the game peppered in between the songs. Plus, it’s a pretty nice hour-long playlist to listen to while you work (or study/relax), and while the song names aren’t listed, we assume they’re all from the game itself.

Unfortunately, we won’t be able to check until Life is Strange: True Colors comes to Nintendo Switch, and we don’t know when that is yet. The game came out on all other platforms last week, on September 9th. Watch this space for more details as we know them!