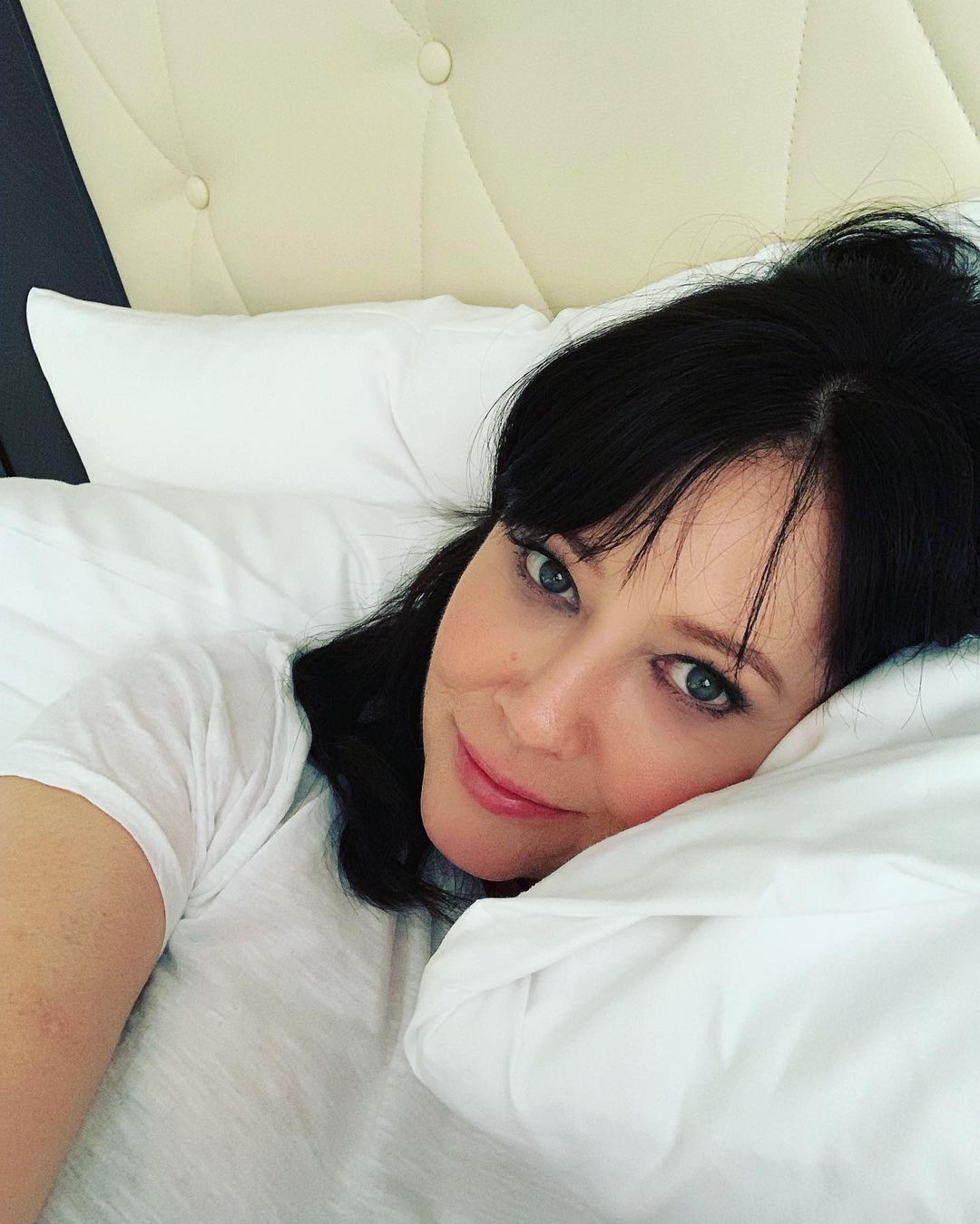 The following February, Newton-John said she was “feeling great” ahead of her daughter’s wedding. “I’m so lucky to still be doing all these things. I don’t think I imagined living this long! I feel very blessed.”

The 90210 actor announced in February of 2015 that she was undergoing treatment after a breast cancer diagnosis. In July of 2016, following a second round of chemotherapy, she documented the process of chopping off her hair—which lead to shaving her head entirely—on Instagram.

“After my second treatment, my hair was really matted, like in dreadlocks. And I went to try and brush it out, and it just fell out,” Doherty told ET. “We did stages. We did a pixie. And then we did a mohawk, which was my favorite look. And then, finally, we had to get the shaver thing and just buzz it off.”

Though her cancer went into remission in 2017, she would share in February of 2020 that it had returned as stage IV. In spite of her diagnosis, she joined the Beverly Hills, 90210, reboot, which aired in 2019, viewing it as an opportunity to prove that she could continue to work despite her health struggles. “One of the reasons, along with Luke, that I did 90210 and didn’t really tell anybody [was] because I thought, People can look at that [as] people with stage IV can work too,” she said.

She’s continued to share “truthful” photos of her cancer journey with her Instagram followers, speaking to both her mental and physical health, and—most recently—her decision to shave her head in the face of post-chemotherapy hair loss.

The Buckle Up With Bershan podcast host and motivational speaker went through radiation after first being diagnosed with breast cancer in 2007, at age 33. Two years later, though (just weeks before her wedding), she’d learn the cancer had returned as stage IV. At the time she was given just three months to live, but—as she shared on Instagram this month—“I’m here 12 years later thriving.”

Fans of the short-lived OWN reality series Love in the City may recognize Shaw from the 2014 show. Fans of The Real Housewives of New York can keep an eye out for her there next season: People reported in September of 2020 that she’d been seen filming with the cast.

Since her diagnosis, Shaw’s used her platforms (her Urawarrior app is slated to come out soon) to build women up—and promote breast cancer awareness. “The biggest thing today is to check your boobies,” she wrote recently. “Don’t be afraid. Don’t be scared and don’t skip your appointment. Ladies, get yourself checked out. You can and will come out on the other side of it.”