This At-Home COVID Test Might Be Best at Detecting Omicron 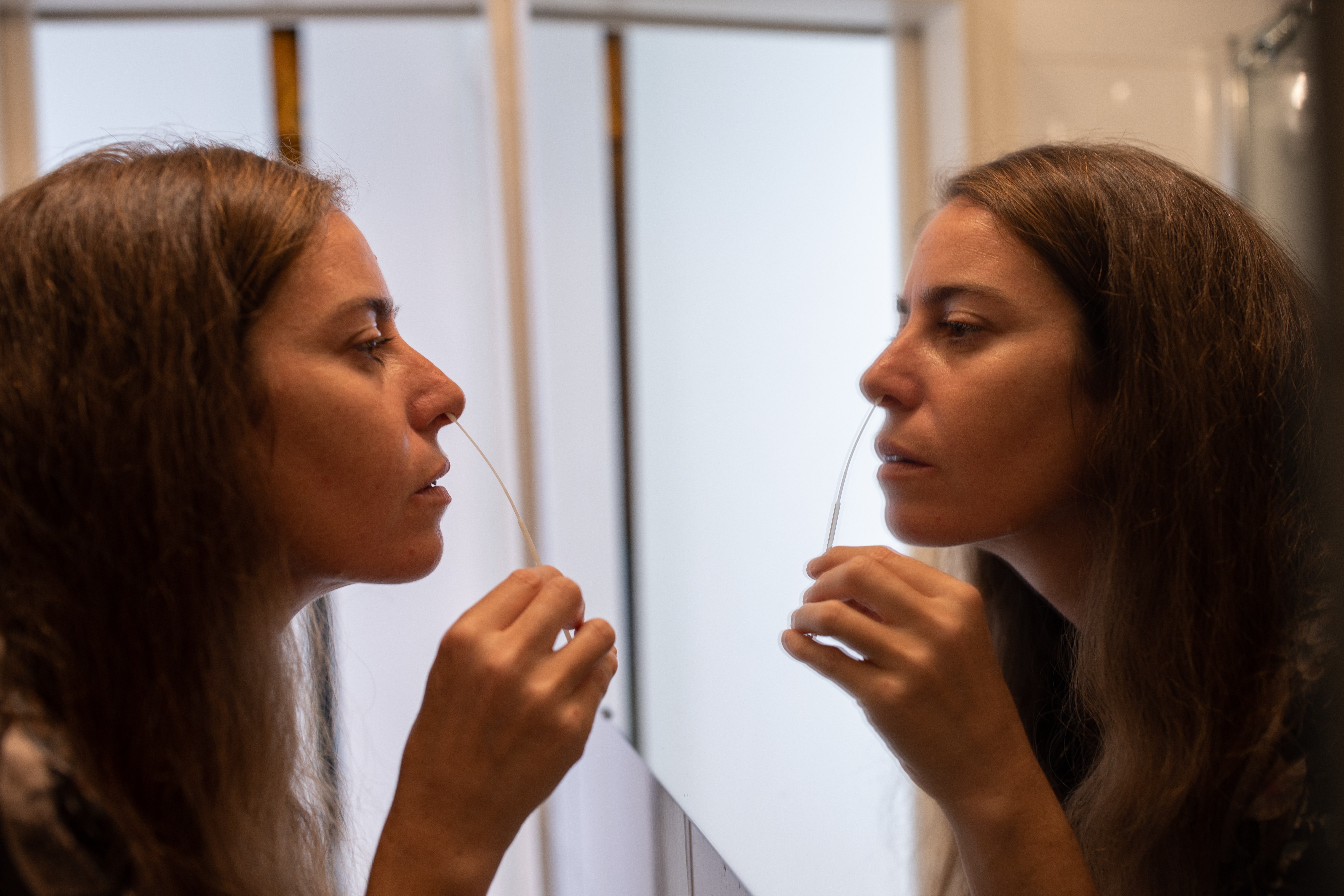 Good news: In the wake of research suggesting that taking a rapid at-home COVID test may not catch your omicron infection, a new real-world study found that the Abbott BinaxNOW rapid at-home test is still highly effective at detecting COVID cases—including those caused by the omicron variant.

Last week, a small study conducted by the COVID-19 Sports and Society Working Group during the December omicron outbreak, found that rapid antigen tests (including the popular Abbott BinaxNow and Quidel QuickVue brands) took an average of three days longer to detect an omicron infection than an PCR test, SELF previously reported. The authors noted that you could reasonably be “infectious for several days” before an at-home test would come back positive. The results, which had not yet been peer reviewed, created a lot of confusion: Should you still take a rapid test? Could you really trust the results?

Rapid antigen tests, most of which are conducted via nose swab and give you results in about 15 minutes, are less sensitive than PCR tests (also called molecular tests), which can better detect and even trace amounts of the virus, per the New York Times. And the Sports and Society Working Group study seemed to back this up. But, as a new study of the Abbott BinaxNOW rapid test shows, that doesn’t necessarily mean that at-home tests aren’t still highly effective at identifying omicron.

The new study, which hasn’t yet been peer-reviewed, examined real-world data from over 700 people in San Francisco who visited a COVID testing site in January. They found that, overall, the BinaxNOW test picked up 65% of the COVID infections detected by a PCR test. In line with previous research, they found the rapid test was better at picking up infections in people who had a high viral load, catching 95% of those infections. The Abbott test was particularly effective at detecting omicron even in asymptomatic people, the study found. Of those who had a high viral load, the rapid test accurately came back positive for 90% of people without symptoms and 98% of the people who did have symptoms. (In general, the viral load, which describes how infectious a person is, is much higher with omicron than previous variants of the coronavirus. One small Japanese study published in January suggested that the peak infectiousness for omicron occurs three to six days after the onset of symptoms.)

So, what does this mean for your at-home COVID test? “It’s working as it was designed,” Joseph DeRisi, Ph.D., a biochemist at the University of California, San Francisco, and an author of the paper told the Times. “There does not seem to be any performance deficit with omicron.”

Taken collectively, these studies suggest that the Abbott BinaxNOW rapid test can effectively catch cases of omicron if you get infected—it just may not do it as early as a standard PCR test could. (The study authors cautioned that other at-home test brands need to be evaluated independently. Also, as a general note, the science on all of this will likely continue to shift as it has with pretty much every aspect of the pandemic.) In other words, if you were recently exposed to COVID and test negative using a rapid at-home test, you certainly have reason to hope the results are legit. But to be cautious, continue to wear a mask in public. And as the researchers noted, consider taking a follow-up rapid test over the next few days to confirm the results.

If you test negative using a rapid test but are experiencing COVID-19 symptoms, the U.S. Food and Drug Administration recommends getting a PCR test as soon as you can to confirm your results.

11 Signs of Dehydration You Really Shouldn’t Ignore
3,000 United Airlines Employees Have COVID—The CEO Says This Is What’s Keeping Them Alive