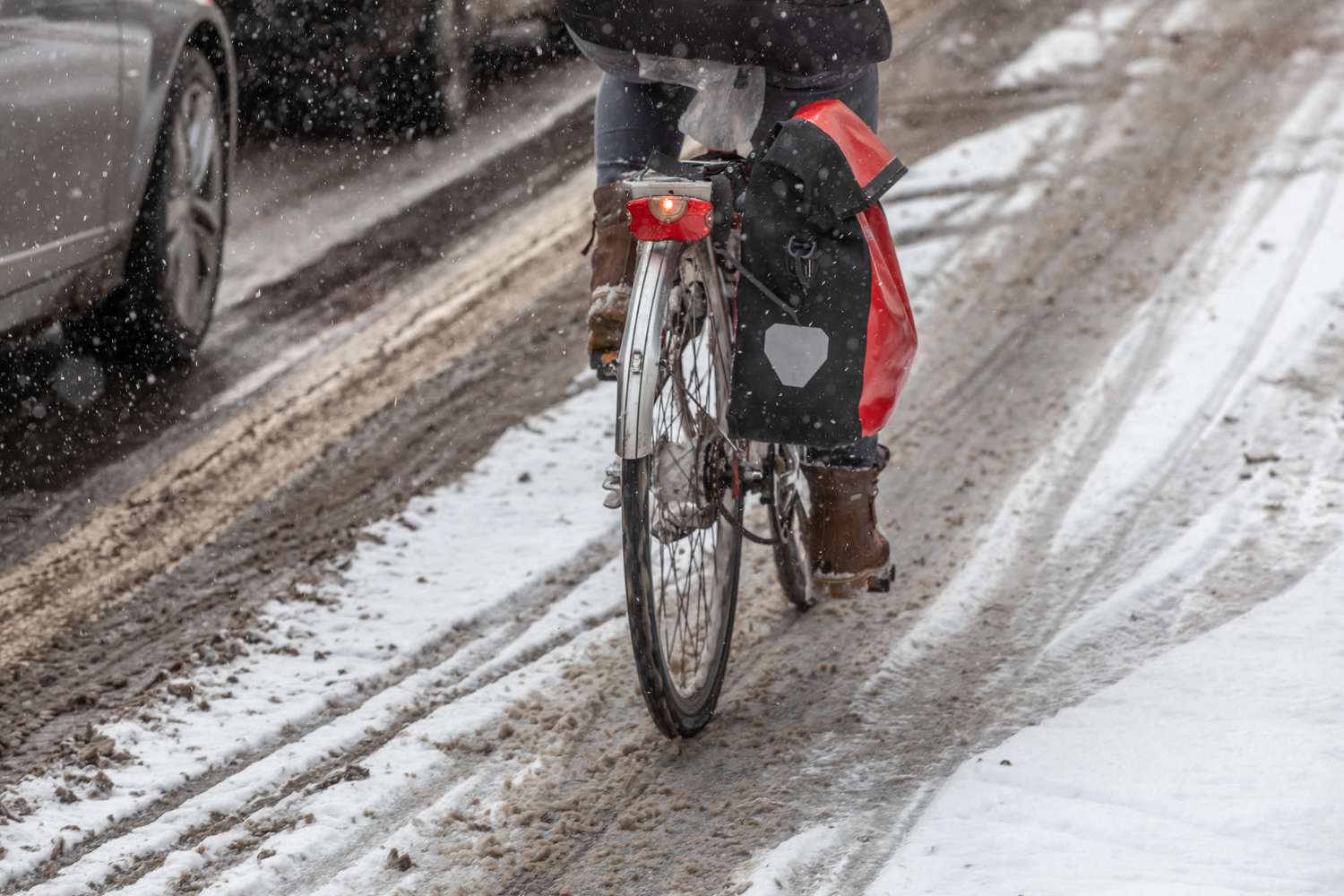 It does need more support and more spots, but its a great start.

Walk Roll Map is a platform for crowdsourcing microbarriers that affect pedestrians, wheelchair users, and cyclists trying to get around their city safely. They define a microbarrier as: “Anything that makes it harder (or maybe even impossible!) to walk or roll safely or comfortably in your community. It might be a missing crosswalk, uneven payment, or unplowed snow. Whatever it is that is getting in your way, or missing (e.g. bench or washroom) we want to know what it is and where!”

I remembered it as I was e-biking home from Toronto Metropolitan University where I teach a course. Toronto got a few inches of snow a few days ago, but most of the bike lanes are clear. However, there was one stretch on my route where there was thick ice packed right up to curb height, which is deeper than the snow ever was. Someone must have plowed their parking lot or something and just dumped it there in the bike lane—there is no way this was natural. It seemed like a good opportunity to give Walk Roll Map a workout.

This was truly easy to use. There was a drop-down for the type of issue, whether it was seasonal, and the description. Then when you hit next, they ask for basic demographic information about disabilities, race, gender, and age.

But they don’t ask for an email or identification. Why not? According to the website, “We don’t ask for any identifiable personal information. We do ask demographic questions to help us understand who we have reached and whose information is missing. As well, people may experience their environment differently based on gender or race and so this is important data to collect.”

And there it is, my complaint about ice on the street, probably forever. Except this raises many questions. Who looks at it? What gets done with it? Does it actually stay up forever?

According to Walk Roll Map, “Data is available for cities and advocacy groups interested in better walking and rolling environments in your community. We are also a team that does active transportation research and will use the data to better understand barriers to safe, accessible, and equitable walking and rolling.”

Complaining about ice in a bike lane is probably not going to make much of a difference, and the city does maintain an online 311 service where those complaints can be made and ignored. However, there are other interesting categories of complaints. I particularly liked the “missing amenity” drop-down where one can suggest neighborhood improvements.

The project started in Victoria, British Columbia, where one can see a real critical mass of entries, which is probably what you need for something like this to work. It is based on bikemaps.org, but adds in others who might have something to complain about, such as a lack of washrooms, benches, or decent sidewalks.

It has been picked up in some American cities. For some reason, Greenville, South Carolina is a hotspot with more pins than any other. Apparently, it is full of crummy drivers; all the blue, orange, and red pins refer to needing traffic lights or better controls or in the case of this red pin, being hit and left unconscious.

I learned about Wall Roll Map from volunteers at the Toronto Ecofair, and will try to use it regularly. There are so many older people and others with disabilities that have trouble getting around in a city that is falling apart and have nowhere to turn.

Being on a bike, I probably should have used Bikemaps.org, but there are a lot more walkers and rollers out there who now have a place to turn. And it needs a critical mass, so their call to action is to spread the word: “Consider sharing the project with friends, connecting us with a group in your community that represents mobility limited people, or host a mapathon to get people in your local area mapping.” Try it out at Walk Roll Map.