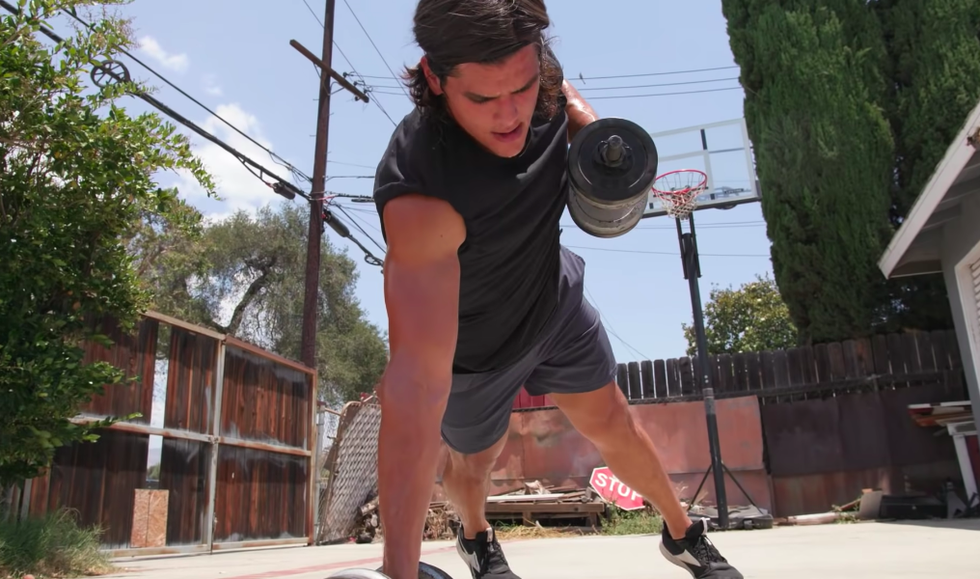 Chris was overweight from as young as 11, and can’t remember a time when his weight wasn’t causing him health issues. “At 16, I had back surgery for a slipped disc, because I was just carrying around too much weight,” he says in a recent episode of Truly’s Brand New Me. In addition to physical issues, his mental health suffered too. “I was really depressed,” he says. “I felt a prisoner in my own body.”

Then a series of traumatic events, including the death of a friend and his mother’s incarceration, sent him even further into his feelings of depression, and the weight gain continued. “It all kind of happened at the same time, I found out both things on the same day,” he said. “I probably put on another 20 to 40 pounds within a span of two months. I was eating pretty bad.”

Chris’ weight reached 380 pounds, and would have continued to rise, but a friend’s encouragement and support changed all that.

“I had a friend who noticed I was really being affected,” he says. “He reached out to me, he gave me a diet plan and gave me some basic exercises and some basic cardio to follow along with the diet. Within the first six weeks I lost 38 pounds, and I was locked in ever since that point… It was extremely difficult to make a change to my diet, it kind of just makes me feel happy that I got over that, that I got more willpower, more confidence in myself.”

He followed that diet strictly for nine months, and as his fitness improved, established a regular exercise routine where he would run two miles and work out for at least an hour each day, combining weights and HIIT training. He upped the intensity of his workouts during lockdown, and at the time of filming, he is maintaining his weight at 200 pounds: a total loss of 180 pounds.

His next goals are to continue building strength and muscle, but unlike many who have undergone a body transformation, Chris does not have plans to remove the excess skin which is a result of his weight loss.