“This Man Was Doing This His Entire Life?” – UFC World Surprised As Alex Pereira Returns to His Roots After UFC 283

Home /Sports/“This Man Was Doing This His Entire Life?” – UFC World Surprised As Alex Pereira Returns to His Roots After UFC 283 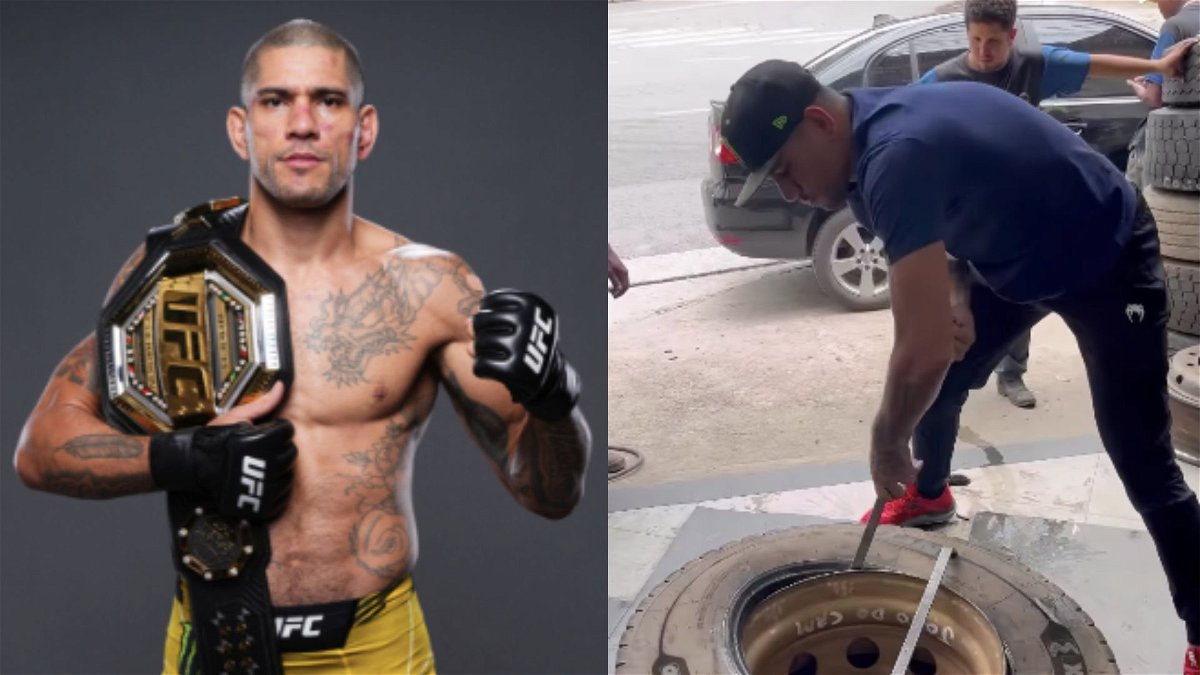 Alex Pereira has made his fans really happy. He became the UFC middleweight champion when he knocked out highflying Israel ‘Stylebender’ Adesanya in the 5th round at UFC 281. Adesanya looked ahead in the fight in the initial rounds, but an inspirational talk from the corner and a determined Pereira took the fight by its neck in the 5th round. Alex Pereira shared a video where he was seen revisiting the tire shop he had worked in the past. He was seen changing a tire using a hammer and a very primitive technique. It was evident that the job was a lot of hard work. In hindsight, the physical nature of the job may have made him the tough man he is today.

Fans were thrilled to see the humble ‘Poatan’ revisiting his old workplace. The reactions showed how Poatan had impressed fans with his hard work and meteoric rise. Fans found the video inspirational and expressed their views.

A fan on Instagram commented on Pereira’s post, “The guy who changes 3 tires like this in one day knocks anyone out”. Another fan took to the comments section and said, “This man was doing this his entire life? He is not losing to anyone.” A fan rightly pointed out that the Poatan didn’t use any machines to change tires and said.“No Machines”.

The video found it’s wait to Reddit to and the users were not far behind in sharing their thoughts.

A fan appreciated how the fighter made his own way to the top despite having the bare minimum.

A fan on Reddit shared his love for Pereira and his dislike for Israel Adesanya.

It was clear that fans found the journey of their favorite UFC middleweight champion inspiring.

Who will Pereira fight next?

While a faction of fans and experts awaits an Alex Pereira rematch against Israel Adesanya, speculations are ripe that ‘Poatan’ may vacate the middleweight title and move to the light heavyweight division. Israel Adesanya had vowed to keep fighting Alex Pereira till he defeats him. Whether his calls will be answered or not is a mystery fan will have to watch out for. Who do you think Alex Pereira will fight next? Do you think he is going to continue his winning streak?