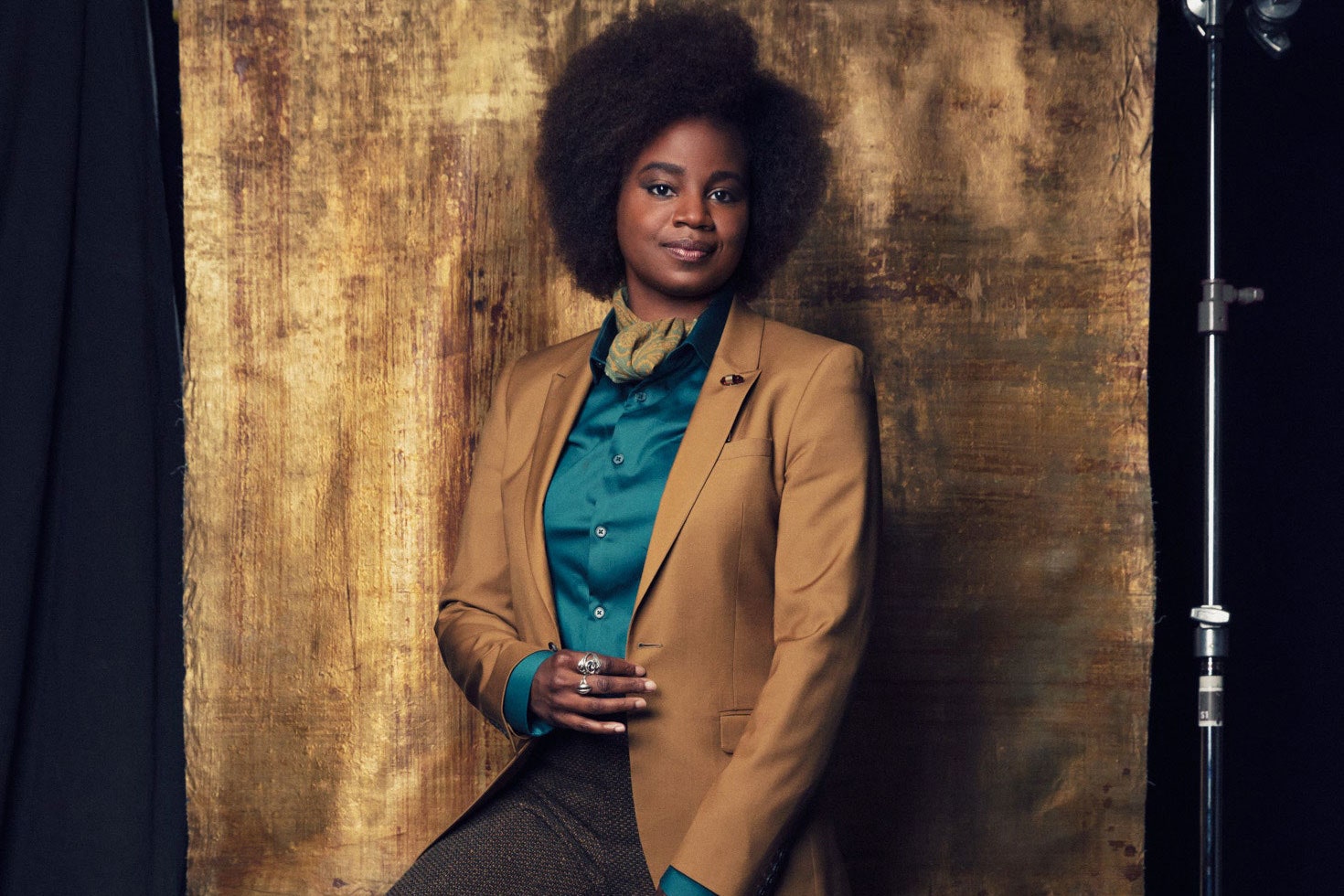 Pariah lived many lives before it hit theaters. Dee Rees’s 2011 film began as a 140-page feature; as an NYU grad student, Rees whittled it down into a short, which played internationally and earned critical acclaim in 2007. The future Oscar nominee brought the story back to feature-length, eventually shooting it in just 18 days on a shoestring $500,000 budget. The end result? A tender, riveting portrait of Alike (a magnetic Adepero Oduye), a queer Black girl in Brooklyn sorting through questions about her ambitions, her relationship with her parents, and her sexuality. It was semi-autobiographical, Rees has long said, tracing some of her own feelings about class and coming out.

Now the film is hitting a new peak. Pariah became part of the Criterion Collection in June, earning a special-edition release that includes a fresh Blu-ray, a program on the making of the film, and a cast reunion moderated by scholar Jacqueline Stewart. In the process, Rees—who’s gone on to helm films like Bessie and Mudbound—became the first African American woman to direct a Criterion film.

In a wide-ranging conversation, Rees spoke about that achievement, as well as what it was like to have her NYU professor Spike Lee produce the film, and why Pariah’s legacy can still bring her to tears.

Vanity Fair: What is the Criterion process? What did it entail?

Dee Rees: It’s funny, because when I finished Pariah, I tried to make a habit of not looking back. The thing is, the whole Criterion process is forced looking back. Like, what do you have in your archive? Do you have your old photos? Do you have old notebooks? Do you have the old print? So I’m going back. It’s a literal and emotional excavation. You feel what you felt back then and how weighty everything felt, how seriously we took it, how everything just felt so expensive. Everything felt so big.

I’m so curious about the things that sparked memories for you. What was your favorite thing that you rediscovered in that process?

I think the postcards I made for the short, because it was total DIY promotion. It’s a picture of Adepero on the bus. We would reprint them and add a laurel every time it got accepted to a new festival. We were handing these out to people, walking around XYZ city, urgently passing these out as if it were the only thing that mattered in life. At the L.A. Film Festival, I remember me, Adepero, and Pernell Walker [who plays Laura in the film] walking around Westwood, handing out postcards and we saw Don Cheadle. And we were like, Oh, my God, it’s Don Cheadle! And he was so up for it and so into it.

As you were rediscovering all those things, did you find yourself texting producers or cast members?

Yeah! There are pictures where it’s like, oh my god, we’re babies. I think Rob Morgan sent me a picture of us and we’re in some bar and we’re fuzzy-headed and we’re happy as hell.

I remember one of the happiest moments of my life was going to Sundance with all the cast, because we were sharing a condo. We were happy to be there. We did a Kickstarter campaign just to get to go to Sundance, because we couldn’t even afford air travel and the rooms. I think I was much closer to the community back then, because it was such a community effort, you know? And specifically with the audience. I feel not as close to the audience as I used to be. It was such a village undertaking. And now—where’s the village? I feel like I’ve lost that, and that’s on me, so that made me a little sad because we were so close.

You’re the first African American woman with a film in the collection. How did it feel when you realized that?

Kind of disbelief. Like, I can’t be! And then almost guilt. I felt like, well, I shouldn’t be the first. Like Julie Dash, you know what I mean? But then I had a feeling of happiness—oh shit, but I’m the first!

Criterion has acknowledged their own shortcomings for not including enough Black filmmakers in the canon. In a New York Times piece, they vowed to do better. What did you think of that?

It was interesting. I read it online, and when you see it visually represented like that, you see the absurdity of it. I applaud Criterion for saying it out loud and acknowledging it in a way I think other industry institutions could follow. If you’re saying, “This is what’s good, this is what you should aspire to,” then of course, by not having all the greats there, you’re explicitly saying there were no Black greats. And we know that’s not true. The absence communicates volumes. It implies we’re not here because we don’t exist.

I want to get into the particulars of Pariah. When was the last time you watched it, before the Criterion journey?

Even for the Criterion process, I gotta admit, I didn’t watch it all the way through. I can’t watch my films again. We didn’t really change anything in terms of the look for the rerelease. The print doesn’t need to be corrected. Things we were doing then with light and color, some people thought were mistakes, but it was intentionality.

What did people think were mistakes?

People thought it was dark, you know what I mean? We were doing all these things that might’ve felt extreme at the time, but it was really all in support of the characterization. Letting Alike in particular be painted by her environment was a big creative choice, and it was risky.

I was reading old interviews you did about Adepero and how she blew you away in her audition.

When she walked into the audition room, she was in character. When you write a character, it’s like you have this imagination of them, but it’s not complete. You’ll know them when you see them—and when Adepero walked in, it was like, Oh, that’s Alike. Her height, her posture, her body language. This beautiful, magnetic, cute smile. And then she had introversion of the character down. She just had it.

There’s such a conversation now about queer actors playing queer roles—it’s a whole dialogue in and of itself. Was that ever a concern for you?

I was trying to do that! I’ll send you the old casting calls. We were specifically trying to find queer actors. We were putting flyers in gay nightclubs. We weren’t getting as many hits. Then the hits we did get, they weren’t good actors. We cast the net far and wide. We were putting out calls in gay centers. I think we even tried to recruit at the Harvey Milk school [a high school in the East Village]. We just didn’t find the right actors. Some queer folks came in, but they didn’t kill it. You know what I mean? I didn’t ask Adepero and Pernell their orientation when they came in, they just killed it.

We tried to put it as much in the world [of the film] as we could…like with other supporting characters and where we were shooting. We were speaking specifically to gay clubs to shoot in and to support. Me and Nekisa [Cooper, the producer] were both lesbians. The intentionality is there.

Spike Lee was a producer on the film. Is there anything, in particular, you remember getting notes on from him?

I can’t remember the specific scene, but there was one moment where he was like, Why, why, why? With Spike, if something doesn’t ring true, it’s automatic. He’s like a lie detector. If there was a line that was only there to give me another line, he could see that. He would go through [my script] with a Sharpie.

Is it terrifying the first time he takes a Sharpie to your script?

When did you realize the movie was starting to build a legacy?

Weirdly, I think that happened more with the circulation of the short. The short was so in demand with international film festivals, and it was refuting all this stuff we were hearing with investors. Like no, people do want this overseas. Places that we hadn’t ourselves reached. It was like the word must be proceeding us, or other programmers are talking to other programmers about it. When the feature came out, it was underwhelming in a way. It didn’t get a wide theatrical release. It didn’t get any guild nominations. It didn’t get any Oscar nominations or attention.

In the bigger world, it was still this unknown, [but] there was one time I was walking with Adepero and someone came up to her on the street to tell her how important the film was for her. People sharing their coming-out stories is when it really hits. Like, oh, this mattered. People saw this as teenagers and felt like they were on Alike’s journey with her.

Have fans told you that Pariah helped them come out to their family, or helped them put a finger on their sexuality?

Yeah, and it’s moving every time. I had a woman who was older, like in her 50s, saying, “That was my mom,” and she was sharing a story about trauma. I’ve gotten stories where someone came out to their parents by getting them to watch the film first and using it as a way out. The most recent time it happened, I was in the grocery store in Harlem. This dude was like, “Oh, my God! Pariah!”

This interview has been edited and condensed.

— A First Look at Leonardo DiCaprio in Killers of the Flower Moon
— 15 Summer Movies Worth Returning to Theaters For
— Why Evan Peters Needed a Hug After His Big Mare of Easttown Scene
— Shadow and Bone Creators Break Down Those Big Book Changes
— The Particular Bravery of Elliot Page’s Oprah Interview
— Inside the Collapse of the Golden Globes
— Watch Justin Theroux Break Down His Career
— For the Love of Real Housewives: An Obsession That Never Quits
— From the Archive: The Sky’s the Limit for Leonardo DiCaprio
— Not a subscriber? Join Vanity Fair to receive full access to VF.com and the complete online archive now.